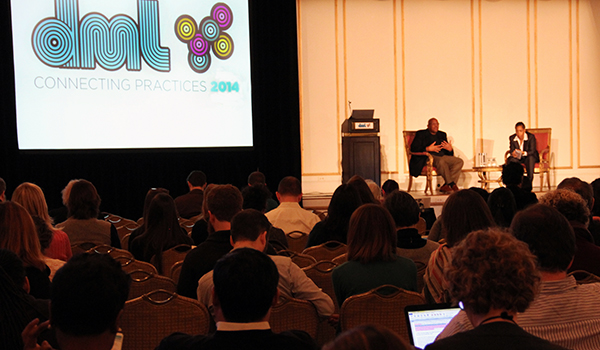 For my final post of the year, I thought I would turn the mic around and ask YOU, the ever faithful DML Central reader, what you think about the year in digital media and learning.

To get your thoughts flowing, I asked my fellow DML Central columnists to weigh in with their own year-end observations. Please take a moment to review their reflections, then add your own.

You know what? Let’s not just look back but forward as well, making some predictions, and then let’s agree to meet back here in a year’s time and see how right (or wrong) we were!

Jade E. Davis (HASTAC@Duke | UNC Chapel Hill Department of Communication Studies): “The ethical turn. I think there’s always been an ethics to DML, but, like most things with technology, the promise tends to make us shy away from talking about the sticky stuff that at times can limit the promise. Between the wonderful conversations that were generated from the Trust Challenge, and the topic of DML2015 being equity by design, I feel like this is the year when DML jumped head first into really trying to get the conversation going about the ethics of doing learning digitally. What I love about how this conversation is happening is that rather than doing the thing where people focus on fear, we are trying, instead to have a conversation that comes up with solutions that design around ethical pitfalls in an attempt to make digital media and learning safe and accessible for everyone who wants to learn together.”

Howard Rheingold (rheingold.com/learning, @hrheingold): Definitely the summer camp where we planned Connected Courses. Such a fantastic and inspiring opportunity to work with so many of my DML heroes.” 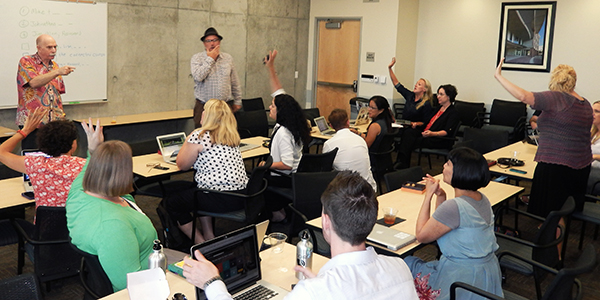 Doug Belshaw (Mozilla Foundation): “The launch of the Connected Learning Alliance. The site — and related graphics — explain connected learning so much better than before.”

Ben Williamson (University of Stirling): “It was interesting to see among the DML community a rising awareness of how the social media environments and where young people and ‘networked publics’ ‘hang out, mess around and geek out’ are deeply shaped by powerful entanglements of commercial and political interests. While learning certainly takes place in such spaces, it is important for young people to understand how the data they leave in social media might be mined, manipulated and used for a variety of purposes. Science and technology studies has long taught us that technologies are not neutral, but constructed according to the ideas and worldviews of companies, programmers, project managers, funders, etc., etc. Do we have adequate analytic tools in the DML field to understand the shaping of the technologies that (partly) structure networked publics and the connected learning they engage in?”

The most surprising thing to me about DML in 2014 was…

Doug Belshaw: “The death of Brother Mike. I didn’t know him personally, but everyone I know in the connected learning world and/or based in Chicago spoke highly of him.”

Monica Bulger: “I had the opportunity to interview colleagues working to enable digital learning in the global South. The practical realities of realizing technologies in classrooms are many, including logistics such as energy and broadband availability and cultural norms around women and learning, learning in general. It is not simply a matter of parachuting technologies into remote areas but, instead, a multi-layered, challenging effort.”

Howard Rheingold: “I was surprised and pleased by the enthusiasm shown by so many of the contributors to Connected Courses — people I had not previously known.”

The most disturbing thing to me about DML in 2014 was…

Doug Belshaw: “The increasing enclosure of open technologies and practices by technology companies. This is something we should push back against as a community.”

Ben Williamson: “There is a surprising lack of close attention in the DML field generally to new developments like learning analytics. While there are clear stated benefits to such technologies, it might be a good idea to raise a few words of caution in the face of claims emanating from companies like Knewton. Knewton claims it has more data on learners than Google has on its users — learning is the most highly data-mineable industry in the world, it claims. As a field, do DML researchers know how to study and analyze and understand how Knewton collects that data, what it does with it, and with what effects? Do we have any idea what Knewton means by ‘algorithmic assessment norming at scale,’ or what its ‘machine learning algorithms’ really do when they are deployed to predict students’ futures?”

Howard Rheingold: “How few educators signed up for Connected Courses, given the huge hype about MOOCs.”

If I could jump one year in the future, the thing I’d be most excited to learn about DML in 2015 would be…

Doug Belshaw: “The growth of connected learning around the world. From my perspective in Europe, it seems very much a North American thing at present.”

Monica Bulger: “I’m very excited about the practical realities of training and supporting teachers in realizing the innovative uses of educational technologies fostered by DML.”

Ben Williamson: “I’d like DML research to engage more with science and technology studies, and with the emerging field of software studies, to produce more innovative and insightful studies.

Jade E. Davis: “I am really curious to see what new technologies or forms of digital creation get adopted and mainstreamed into digital media and learning. I think we are still in a video moment in terms of mainstream forms of digital media and learning out in the world…. but, I’m still not convinced that has to be the way it is. I don’t have a clear idea on what the next thing might be, so it is the thing I am most excited to learn.”

Howard Rheingold: “That the community that emerged from Connected Courses has continued the work of supporting educators who want to experiment with this pedagogy.”

Okay, now it’s your turn! Please share your comments and reflections below.