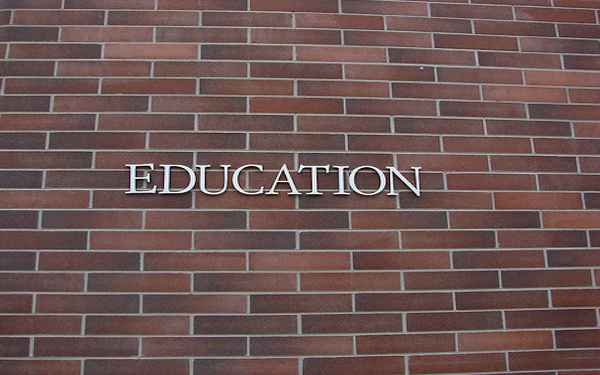 Editor’s Note: This is a re-blog of a timely post by guest bloggers Daniel Hickey and Brian Nelson. You can find the post in its original form here. The authors argue that the opportunity to institute true reform in assessment practices is now, and those leading the government’s Race to the Top Assessment Initiative must think more broadly about how we measure progress in schools.

Education Secretary Arne Duncan has set aside up to $350 million of Race to the Top funds for the potential purpose of supporting states in developing a next generation of assessments of student learning. The competitive grant program is called Race to the Top-Assessment (RTT-Assessment). Members of the MacArthur Foundation’s 21st Century Assessment Project are scrutinizing this initiative. Our investigation reflects the project’s continuing analysis of assessment practices that reveal the reasoning, communication, and learning needed for economic, social, creative, and civic success in a networked 21st century world. We encourage feedback on our findings.

Members of the MacArthur Foundation’s 21st Century Assessment Project have reviewed expert testimony and recent reports from the National Academy of Sciences, and interviewed experts and education program officers at major foundations. This investigation has revealed both obstacles and opportunities to developing assessments needed for real reform of educational policies and practices.  Like many others, we are concerned that the evaluation criteria for broader state-level Race to the Top-Assessment proposals may well lock in some of the problematic testing practices of No Child Left Behind (NCLB). There is a danger that many states will continue to rely on the same narrow tests of basic math and reading skills that have thus far failed to lead to instruction that enhances deep conceptual understanding and innovative problem-solving.

In addition, the politics of mid-term elections may cause RTT resources to be distributed evenly to all states, with little regard for proposal quality or innovation. Stimulus funding limits RTT efforts to two years, but it reportedly takes at least three years to incorporate new assessment items into the relatively straightforward tests required by No Child Left Behind.

On the other hand, five recent developments point to the tremendous opportunities that could arise with the RTT initiatives.

1. Good Examples Abound
The first is the progress that other countries and leading technology firms have had in overhauling their educational testing systems. Many other English-speaking countries (especially Canada, Singapore and Australia) have been working on more balanced accountability systems that use multiple indicators and include mechanisms for schools to tell the government how students are doing.

Likewise, the Cisco Networking Academy (which must certify thousands of technicians and administrators every year) has used Mislevy’s Evidence Centered Design to leverage the assessment efforts of numerous independent vocational centers around the world.

These integrated systems use evidence of actual learner performance on authentic challenging tasks. The problems used in these assessments represent the broader curriculum and reflect content-driven understanding of the way that learning actually progresses. These accountability systems are organized around partnerships involving teachers and technology in ways that support real continuous improvement, instead of debatable bumps on tests of increasingly trivial skills.

2. Balanced and Integrated Approach Has Support
The second opportunity is the emergence of a large consortium of states endorsing the principles behind a balanced and integrated approach for their RTT-Assessment efforts.

These principles emerged from efforts associated with the Council of Chief State School Officers and call for an integrated system of assessments based on student performances on meaningful tasks, designed to continuously improve the quality of learning and teaching. They advocate for involving teachers in creating and scoring assessments and using technology to support innovative assessments.

3. Bottom-Up Approach Promises Innovation
The third opportunity is the proposed $1.4 billion RTT competition in 2011 for innovative reform proposals initiated by school systems themselves. Announced Jan. 19, this “bottom up” approach promises much more innovative approaches than the state-level competition.

We are particularly enthusiastic about the possibility of dynamic new partnerships between districts and assessment researchers working at universities and nonprofit organizations.

4. Alliances Are Forming Among Technology Leaders for Integrated Approaches to Accountability
The fourth opportunity centers on the emerging alliances among the world’s leading (and otherwise competing) technology firms to support the networking infrastructure and partnerships necessary for truly integrated approaches to accountability.

One such alliance involves Intel, Microsoft and Cisco, and it has a strong international focus. Others appear likely.

5. Philanthropies Are Banding Together
A fifth opportunity concerns new alliances across some of the nation’s most influential philanthropies to support more balanced and integrated assessment approaches at all levels.

Digital Technologies Should Be Used to Assess 21st Century Skills

We believe it is crucial that RTT funds—and other funds for innovation—support new thinking about assessment. Digital technologies hold out the promise of assessments centered on problem-solving, innovation, and critical thinking. They can be used to gather meaningful data that tell us about the development of proficiencies that will be useful now and in the future.

We cannot let punitive criteria on narrowly focused standardized tests stop us, as a country, from leading the way into a new age of assessment. At the least, RTT must support alternative forms of assessment and compare and contrast them with our current forms of large-scale assessments. RTT can become an incubator for new forms of 21st century learning and assessment for all learners.

The members of the 21st Century Assessment Project encourage concerted efforts to both overcome the problems described here and take full advantage of the opportunities for real reform so that Race to the Top can achieve its stated goals. If not, the existing achievement gap between the United States and other countries may well remain, while dangerous new gaps emerge around “21st century” proficiencies.

Depending on the nature and scope of reform efforts supported by RTT and RTT-A and on the progress made in other countries, the United States could either become a “nation at the top” or a “nation left behind” as other countries widen the “assessment gap” that certain aspects of NCLB have left us with.
We encourage comments and input on this statement, and ideas for moving forward.

Note: Daniel Hickey is an associate professor in the School of Education at Indiana University at Bloomington. Brian Nelson is an assistant professor of educational technology in the Mary Lou Fulton College of Education at Arizona State University. Their investigation of RTT-Assessment is part of the MacArthur Foundation’s $80 million Digital Media and Learning (DML) initiative.