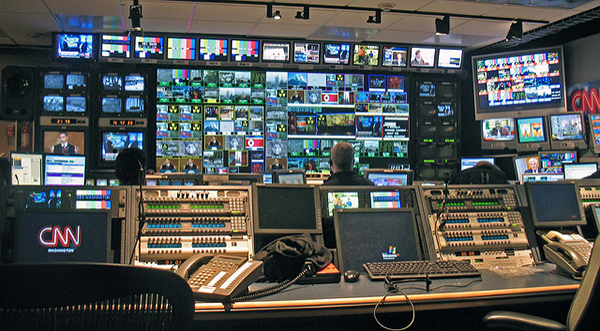 I get that there are going to be a lot of think pieces about what this means and what we need to do (I posted immediate repercussions of the election for teachers Tuesday night as well). I see your posts on social media, I hear your podcasts, I’m following your hashtag. We are coping and the words that are pouring forth are necessary. The statements of disgust, fear, and anguish are necessary right now as are those of action, determination, and hope. Keep doing that. On top of these, I am working my way through building a set of design guidelines that are increasingly clear from this election. These are takeaways for me and — as such — inform the way I am thinking about my role as a researcher and how this work reaches and guides classrooms and their participants.

I read a lot of articles, watched a lot of talking-head segments, and listened to all of the podcasts. It was clear: the numbers said Clinton would win. Sure, there were some what-if doomsday scenarios that would get spouted occasionally, but the polls and their forecasts: they said Clinton couldn’t lose. We put a lot of blind faith into the numbers and a lot of expectations into “data science.” In the past few days, I’ve been thinking lately of this comic strip that a colleague had pinned to her door:

Arguably it’s a flawed strip and I could imagine a longer conversation on some faulty logic here. In any case, the strip itself isn’t the point!

The divide the strip conveys is largely a false one, but it points to a symbolic relationship the public had with numbers during the election. Numbers are facts and numbers reign supreme. Five Thirty-Eight had three different poll-based models that converged to dictate an assured win for Clinton. The right and the left both had Trump losing handily to the ceiling-shattering president-to-be. Quantitatively, democrats had it in the bag. And yet.

What all of these assumptions were based on was a singular approach that — while somewhat accurate in the past — was faulty and largely unsubstantiated by other modes of assessment. I say it wasn’t substantiated because nearly every article and podcast I consumed (a subjective set at best) did not compare polling data with other narratives of how the election was unfolding.

As a qualitative researcher, I have an implicit belief that stories matter. Interacting with, listening to, and seeing the world through the subjective lens that is my own: that’s empiricism-driven understanding. In retrospect, the election results are telling narratives that make me deeply uncomfortable with what America means today. These are troubling stories about racial anxiety, sexism, xenophobia, the list goes on. Pollsters asked a set and limited set of questions and built numbers to project a reality that never unfolded. We didn’t listen to the narratives that accompanied the numbers and the U.S. is now paying a price.

In schools, STEM education is the ultimate goal: funnel humanities instruction so that it supports STEM fields. And yet, broadly, I’m feeling like technology and mathematics (in isolation) failed us. They are not alone in unpacking the results but they are a component that is not being mentioned. Stories matter.

2. Balance is a Myth

Tuesday night, I posted an in-the-moment reflection about the responsibilities of teachers during the election. Looking at the results, teachers were reminded through this election of a responsibility to guide civic action in classrooms. Alongside blaming a STEM-infatuation, I am blaming the balanced-approach to covering the two major party nominees. Right now, we are seeing the media normalizing an accused rapist, a mocker of disabled individuals, a blatant sexist, and a fear-mongering xenophobe. New coverage put Clinton’s email thing on the same level as the kinds of hate and corruption that were spouted daily by Trump and his surrogates. This false-balance played its role in this campaign. As researchers working with and inside classrooms, we need to dismantle assumptions of objectivity. Yes, we approach concepts logically and we guide instruction to view questions from multiple perspectives. However, we do not assume that all sides are equal or that all perspectives must be valued equally in classrooms. Tolerance requires compassion.

Finally, when talking about the political nature of teaching (and thus our work as researchers of learning and teaching), I often hear pushback about letting young people choose their own perspectives and fears of stifling other perspectives. To be clear, I don’t see justice or equity as bi-partisan issues; our responsibility with our research is to guide the questions and decisions of how classroom learning interacts. We cannot both balance falsities and concepts that threaten the freedoms of students in class with an agenda that is about universal improvement. That is a set of concepts that are fundamentally imbalanced.

3. Teachers and Students are Hurting

In the week following the election, numerous teachers reached out to me. Classrooms were filled with tears, with verbal altercations, and a lot of fear. Teachers are scared and students are scared and this election is a timely reminder of the need for increased social and emotional learning (SEL) support in classrooms. Teachers and students need guidance for healing. Regardless of how you voted, it is clear that there is a lot of pain and uncertainty in our classrooms. In addition to needing to prepare for an uncertain future for educational policy, teachers are left holding the reigns for ideological discourse in this country and we haven’t provided a whole lot of support for the conversations they will be facing in the coming months.

Finally — as a bit of levity — watching any of the election coverage, it is clear that adults are terrible at using SMARTboards. Research on digital learning and instructional technologies should probably heed the lack of useful application in the real-world, high-stakes context of reporting a national election.

While this isn’t an exhaustive list, these are some of the key takeaways I think we need to be building on both short and long-term. There are a lot of tasks for our research community to address; particularly in light of last Tuesday, if students and teachers are not at the center of the work you are presently engaged in, it is time to reconsider what you are working toward.