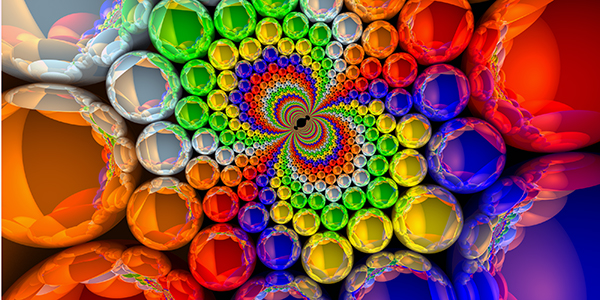 Digital technology and its modes of production, representation, distribution, and circulation remodel the conditions of possibility: the definition of Being, the structuring of the Social, the instrumentalization of the Political, the animation of the Cultural. They re-tool — and in many ways manufacture anew — the very nature of life itself. Even Bruno Latour and Eduardo Viveiros de Castro, among others, comment on the growing indistinguishability between humanity and animality, a binary which the technological unhinges. Digital technologies create this third condition with the human and the animal in its developing sensorial capacities and evolutionary “smartness”; in its taction to our flesh and fusion with our skin and blood; and in its capabilities for learning change and possibilities in changing learning. These profoundly affect the consciousness, the sensorial, the evolutionary and the cognitive.

A key element of this third definition of Being is the computational algorithm — briefly defined as the instructions or rules written in an appropriate language for a computer to process a task and, subsequently, perform. As digital technology takes its place in the ternary (with humanity and animality), the algorithm takes on a life and takes on our lives, such that we can begin to speak of algorithmic life itself and its conditions across its many instantiations in the world. As computational culture shifts, we can also begin to clarify not only the state of the algorithmic condition in 21st-century living, but also where and how it does not run or rule; where and how it glitches and makes errors; where and how it rises and falls. In short, we can begin to study algorithms.

This Codex sets out the parameters for studying the algorithmic determinations of economic, social, political, and cultural life, alongside their emerging modes of being and doing. It outlines a non-exhaustive list of propositions for the study of algorithmic states, for attending analytically to the life forms produced by algorithms, for thinking critically about our lives entwined with algorithms and algorithmic operation. The Codex expresses our call for Algorithmic Studies (AS), and opens up explorations of algorithmically-defined, -refined and -produced horizons of being.

We invite you to join us in this critical study of algorithmic being.

Data are the currency of our time.

The use and exchange value of data are algorithmically driven.

Data production, collection, distribution, circulation, and ownership operate only as effectively as the algorithms enabling them.

AS is the critical study of the social, political and cultural life of the algorithm and its conditions of change, evolution and possibility. It critically assesses the social order(ing) of life effected by algorithms.

AS is the study of the digitization of data, the data-ification of life, the appification  of being, bio-instrumentation and the instrumentalizing and calculability of the everyday.

AS is the study of algorithmic knowledge, its epistemic formations and formulations.

AS is the study of the algorithmic subject: the social and political subject produced by and reproducing algorithmic practice, and its modes of being, doing, and becoming.

AS is the study of the algorithmically compelled (pre-)dictable futures, the consuming subjectivities it structures.

AS accordingly is the critical study of the algorithmically modeled restructuring of agency and its loss, autonomy and its strictures and restrictions.

AS, in short, is the critique of algorithmic capitalism, its mode of production, being and subjectivities; of transitory life; of consuming life; of political culture and cultural politics.

AS is the study of the increasing transitivity of data-fied social life, its coding, its codes, and its applications: the algorithmic.