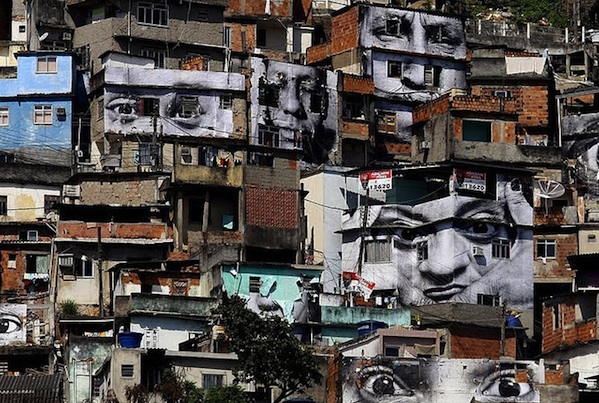 “Intense shootings happening at this moment in the Complexo do Alemao!” tweeted teenager Rene Silva on Nov. 9, 2010.  Using his personal Twitter account (@Rene_Silva_RJ) and the Twitter account of a newspaper he created, “Voz da Comunidade,” (Community Voice – @vozdacomunidade), Rene was able to broadcast information about a standoff between police and drug traffickers from inside the “Complexo do Alemão,” one of the major groups of favelas in Rio de Janeiro.

During the dangerous conflict, Rene and two other kids drew media attention in Brazil because they were able to send out news in real time about what was happening in their neighborhood. No other media entity was able to enter the area, and Rene and the other kids were the only sources of information about the conflict. Rene not only tweeted what he was seeing and hearing, but he also took pictures and streamed videos of the shooting captured with the kids’ cell phones. Well-known actors and celebrities in Brazil referenced Rene’s newscasting and his Twitter following quickly ballooned from 180 followers to 20,000-plus. After the incident, many stories were written about Rene and his work during the crisis (ie., a BBC story).

Prior to the event, however, Rene was no stranger to journalism. He is the creator of the “Voz da Comunidade,” a local newspaper. The project started when Rene was 11 years old, during classes at school, when his teacher suggested he produce a newspaper for his community, to tell people about their problems and their needs. The newspaper started in the school’s copy machine, with only 100 copies. In time, Rene was able to find sponsors and advertisers and to raise money to fund the paper. Its distribution grew to more than 3,000, given to people living in the favelas in Complexo do Alemão.

With the money he received from the advertising in the newspaper, Rene bought computers and a webcam to take the news online. It became increasingly popular and he was able to find sponsors to help with more equipment and financing. The endeavor evolved from a newspaper to a blog to a website. Other kids are now participating in the enterprise.

In the months since the showdown in his community, Rene, 17, has been actively using Twitter as a publishing platform and his citizen journalism project has gained even more visibility. On Twitter, the number of followers of his community newspaper has eclipsed 55,000. In addition, a television show in Brazil donated new computers, cameras, radio equipment and a place to report the news and also, scholarships to study journalism at a local university. Recently, the website has morphed into an Internet portal that allows people living in other marginalized communities in Rio de Janeiro to have their own voice and to share their news and issues.

Rene’s mission is clear: he believes he can help his historically underprivileged community by using technology. At the same time and maybe just as important as what he’s doing to help his community, Rene is a role model to many other kids from poor communities in Rio and other parts of Brazil, a symbol of what one can achieve through education, media and technology.

Other helpful links include a story of the Voice of the Community project and this video of Rene explaining his work (in Portuguese, sorry):