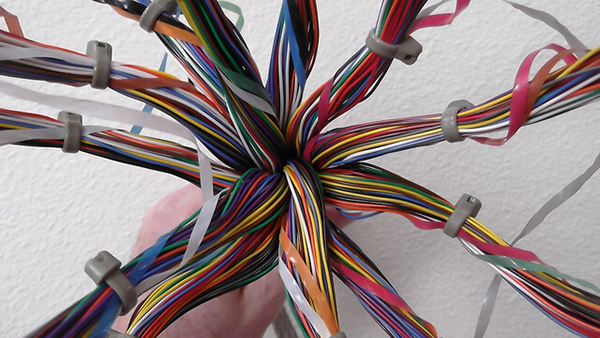 New ideas about artificial intelligence and cognitive computing systems in education have been advanced this year by major computing and educational businesses, including Pearson and IBM. Pearson’s promotion of AI reflects its growing interests in data analytics and other digital methods while IBM is seeking to extend its existing R&D on cognitive computing into the education sector.

AI has been the subject of serious debate recently. High profile figures including Stephen Hawking, Bill Gates and Elon Musk have voiced concern about the threats it poses, while awareness about cognitive computing has been fueled by widespread media coverage of Google’s AlphaGo system. Commenting on these recent events, the philosopher Luciano Floridi has noted that contemporary AI and cognitive computing, however, cannot be characterized as some kind of “ultraintelligence.” Instead, machine intelligence is manifesting itself in far more mundane ways through an “infosphere” of “ordinary artefacts that outperform us in ever more tasks, despite being no cleverer than a toaster.”

So, if these technology developments are so ordinary, why are companies like Pearson and IBM advancing extraordinary claims for their benefits in education?

Pearson has been promoting itself as a new source of expertise in educational big data analysis since establishing its Center for Digital Data, Analytics and Adaptive Learning in 2012. Its ambitions are to make sense of the masses of data becoming available as educational activities increasingly occur via digital media, and to use these data to derive new understandings of learning processes and cognitive development. The latest signpost to Pearson’s aim in this direction is Intelligence Unleashed: An argument for AI in education, authored by Rose Luckin and Wayne Holmes of the University College London.

Although some might find the concept of AIEd alienating, the algorithms and models that comprise AIEd form the basis of an essentially human endeavour. AIEd offers the possibility of learning that is more personalised, flexible, inclusive, and engaging. It can provide teachers and learners with the tools that allow us to respond not only to what is being learnt, but also to how it is being learnt, and how the student feels.

Pearson’s proposed vision of AIEd includes the development of Intelligent Tutoring Systems (ITS) which “use AI techniques to simulate one-to-one human tutoring, delivering learning activities best matched to a learner’s cognitive needs and providing targeted and timely feedback, all without an individual teacher having to be present.” It also promises intelligent support for collaborative working, such as AI agents that can integrate into teamwork, and intelligent virtual reality environments that simulate authentic contexts for learning tasks.

In technical terms, what Pearson terms AIEd relies on a particular form of AI. It is not the AI of sci-fi imaginings, but AI reimagined through the “ordinary artefacts” of data analytics systems. Notably, the report refers to advances in machine learning algorithms, computer modelling, statistics, artificial neural networks and neuroscience. AIEd applications are not ultraintelligences, but consist of a complex interaction of data analytics and machine learning processes with insights into human intelligence from brain science.

Importantly, Pearson’s vision of “how to blend human and machine intelligence effectively” through its AIEd applications is rooted in particular scientific understandings of human intelligence and cognition:

AIEd will continue to leverage new insights in disciplines such as psychology and educational neuroscience to better understand the learning process, and so build more accurate models that are better able to predict — and influence — a learner’s progress, motivation, and perseverance. … Increased collaboration between education neuroscience and AIEd developers will provide technologies that can offer better information, and support … a child’s progress.

These points highlight how the design of AIEd systems will embody neuroscientific insights into learning processes — insights that will then be translated into algorithmic models and machine learning applications that can be used to predict and intervene in individuals’ learning processes.

One of the world’s most successful computing companies, IBM has recently turned its attention to educational data analytics. Its particular focus is developing “cognitive learning systems” that are based on neuroscientific insights, technical developments in brain-inspired computing, and artificial neural networks algorithms.

Over the last decade, IBM has become a dominant research centre in cognitive computing. It defines cognitive systems as “a category of technologies that uses natural language processing and machine learning to enable people and machines to interact more naturally to extend and magnify human expertise and cognition.” Cognitive computing, IBM claims, aims to “emulate the human brain’s abilities for perception, action and cognition,” and it has dedicated extensive R&D to “neurosynaptic brain chips” and scalable “neuromorphic systems,” as well as its cognitive supercomputing system Watson.

IBM’s latest report on cognitive systems in education proposes that “deeply immersive interactive experiences with intelligent tutoring systems can transform how we learn”:

Until recently, computing was programmable — based around human defined inputs, instructions (code) and outputs. Cognitive systems are in a wholly different paradigm of systems that understand, reason and learn. In short, systems that think. What could this mean for the educators? We see cognitive systems as being able to extend the capabilities of educators by providing deep domain insights and expert assistance through the provision of information in a timely, natural and usable way. These systems will play the role of an assistant, which is complementary to and not a substitute for the art and craft of teaching. At the heart of cognitive systems are advanced analytic capabilities.

Rather than being hard-programmed, cognitive computing systems are designed like the brain to learn from experience and adapt to environmental stimuli. Instead of seeking to displace the teacher, IBM sees cognitive systems as optimizing and enhancing the role of the teacher, as a kind of cognitive prosthetic of human qualities. Perhaps the clearest illustration from IBM of how cognitive systems will penetrate into education systems is its vision of a “cognitive classroom.” This is a “classroom that will learn you” through constant and symbiotic interaction between cognizing human subjects and nonhuman cognitive systems designed according to a model of the human brain.

The promise of cognitive computing for IBM is not just of more “natural systems” with “human qualities,” then, but a fundamental reimagining of the “next generation of human cognition, in which we think and reason in new and powerful ways,” as claimed its white paper, “Computing, cognition and the future of knowing”:

A recursive relationship between machine cognition and human cognition is assumed in this statement. It sees cognitive systems as both brain-inspired and brain-inspiring, both modelled on the brain and “rewiring” the brain through interacting with users.

Crucially, IBM’s R&D depends on translating neuroscientific understandings of the biological neural networks of the human brain into the artificial neural networks algorithms and models used by computer science. The result is an increasingly blurring of neurological and computational vocabularies, and a potential confusion of human cognition with computational capacities.

If Pearson and IBM are right, then educational environments are going to become increasingly inhabited by artificial intelligences and cognitive systems that have been built to act like the brain and then act upon the brain to extend and magnify human cognition. We can begin to understand what Pearson and IBM are proposing in the light of emerging neuroscientific explanations about the learning brain and their translation into the machine learning processes that underlie both AI and cognitive computing:

Pearson and IBM are proposing to turn educational environments into both brain-based and brain-targeted spaces. The potential of neuro-technologies based on the brain is to become legible as traces in the neural networks of the human brain itself.

Media theorist N. Katherine Hayles recently commented on “nonconscious cognitive systems” which increasingly permeate information and communication networks and devices. Her view of “cognition everywhere” suggests that cognitive computing devices can employ learning processes that are modelled on those of embodied biological organisms, using their experiences to learn, achieve skills and interact with people. Therefore, when nonconscious cognitive devices penetrate into human systems, they can potentially modify the dynamics of human behaviours through changing brain morphology and functioning.

However, these developments raise serious questions about how the brain is being modelled computationally in companies such as IBM, or how neuroscientific insights and models are being embodied in the kinds of AIEd applications promoted by Pearson. The ways IBM and Pearson conceive the brain are deeply consequential to the AI and cognitive systems they are developing, and to how they might interact with human actors and possibly influence their cognition by shaping their brains. These understandings may not provide adequate approximations of human mental and cognitive functioning.

Many AI and cognitive computing enthusiasts treat the brain as a kind of computational system that can be debugged and optimized, and reproduce reductive scientific representations of the brain as an information-processing computer:

Just a few years after the dawn of computer technology in the 1940s, the brain was said to operate like a computer, with the role of physical hardware played by the brain itself and our thoughts serving as software…, firmly rooted in the idea that humans are, like computers, information processors. This effort now involves thousands of researchers, consumes billions of dollars in funding, and has generated a vast literature consisting of both technical and mainstream articles and books … speculating about the algorithms of the brain, how the brain processes data, and even how it superficially resembles integrated circuits in its structure. The information processing metaphor of human intelligence now dominates human thinking, both on the street and in the sciences.

IBM’s ideal that cognitive systems can “rewire the ways we learn” inscribes the information-processing metaphor onto the learning brain. While the systems that IBM and Pearson are promoting may be “brain-based” and “brain-targeted” then, they reproduce a problematic understanding of mental life in terms of computational information processing. They not only treat the neural networks of the learning brain as computable, but may be confusing brain-inspired machine learning and information processing with the complexity of embodied, culturally relevant and socially situated learning.