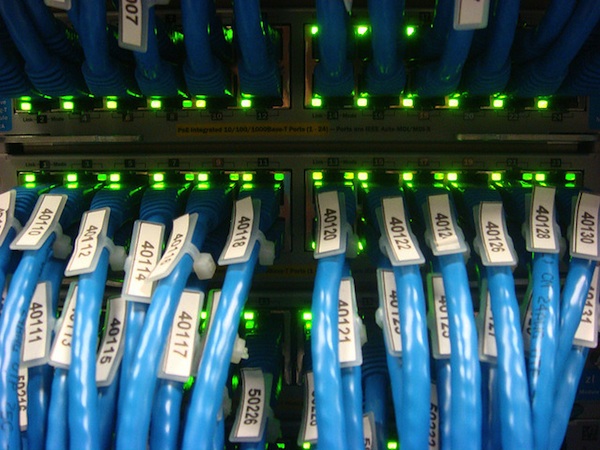 Openness has become the buzzword for everything in India right now. From the new kids on the block riding the wave of Digital Humanities investing in infrastructure of open knowledge initiatives to the rhetoric of people-centered open government data projects that are architected to create ’empowered citizens’, there is an inherent belief that Opening up things will make everything good. I am not an Open-data party pooper. In fact, I firmly believe that opening up data – through hardware, through software, through intellectual property regimes on content – and enabling access to information and data is one of the most basic needs of the information age. I also advocate for strong policies that curb corporate and government control and monopolies over data and information. Along with my colleagues at the Centre for Internet and Society, and the many networks we work with, I have thought of myself as an open data advocate and have worked towards examining openness not only at the level of content, but also openness in infrastructure and conditions of access, distribution and storage. More than ever, it is necessary to build systems of Open Data that not only have distributed, collective and ethical ownership but also ensure the fair use and integration of information in our everyday life – especially given the sinister age of relentless remembering, as lives get incessantly archived through ubiquitous and pervasive technologies of portable computing.

Having said that, there is a strange thing happening around Openness right now. Openness seems to have been separated from the fact that it is a response to things being gated and closed. Openness, as it is being deployed right now, in e-government initiatives or rapid digitization processes in university libraries, seems to suggest that Openness is merely about making things in the physical format available in the digital medium. Hence, for example, the National Mission for Education through Information and Communication Technologies, India’s largest flagship government initiative to build learning conditions of the future, is investing almost all of its budget on digitizing historical and local language material in digitally intelligible and legible records that can be easily distributed. While the effort at building the infrastructure and preserving this material is absolutely worth supporting, making it the be-all and end-all of Open data initiatives is symptomatic of what I call the ‘politics of the benign’. We need to realize that Openness is not merely about making already available content in physical formats in the digital domain. Openness is about battles with Intellectual Property Regimes, which charge an extraordinary amount of money for high-value knowledge to anybody who wants to access it. In other words, openness is not about digitizing our grandparents’ pictures; it is about claiming access to knowledge and information hidden behind paywalls and gateways that is often produced using public resources.

As you can imagine, the perpetuation of this politics of benign fits many agendas; there are numerous stakeholders and actors who seek to neuter the radical nature of demands made by the Openness movements while retaining the vocabulary of political change. And that is why, if you look at the ways in which openness debates have changed, they get immediately deflected to questions around infrastructure, access, last-mile, etc. – which are all presented to us as the infrastructure of being political and being open. In the last few years, especially with Digital Humanities emerging as the playground where politics is not allowed, I find too many instances where the Humanities and Social Sciences questions get morphed into similar sounding questions that pretend to be the same but dislocate the political content and intention from the engagement.

One of the ways this works really well is by a separation of data from the lived reality of people. Data is seen as something that is out there – something that is about the real rather than the real. It is seen as an abstraction, which, when it further enters the circuits of pretty visualizations and graphic representations, becomes so entrenched in questions of reading and coding that it often becomes a surrogate for the larger realities that it is supposed to intervene in. So, for example, in India, the concerns around agriculture infrastructure and conditions of the farmers have easily been replaced by agriculture informatics – leading to a strange paradox where the states with the highest community informatics infrastructure also have the highest incidences of farmer suicides. I am not suggesting there is a cause-and-effect relationship here. However, it is a telling story that the community informatics infrastructure which was supposed to change the bleak realities of agriculture and farming in India has definitely not changed the nature of the reality it set out to solve.

Or in a similar vein, the ways in which the landscape of education is changing in the country, because of the emergence of the digital as the new organizing principle and in some instances, the raison de etre for building education infrastructure also needs to be examined. So, for instance, India has seen a rapid improvement of the Gross Enrollment Ratio in education that measures the annual intake and successful completion of education programs by students in the country. The GER shows that with remote education processes, the attempts at building distributed learning environments and the building of digital infrastructure has led to more students in different parts of the country getting enrolled in formal education systems. There is a celebration that more children are entering schools and colleges and are also in a state of socio-economic mobility. There is a clear causal relationship established in producing digital infrastructure and greater access to education and learning resources for an emerging information society like India.

However, this particular mode of looking at education, through the lens of access and inclusion, is no longer able to reflect on the core concerns that education institutions in the country were historically supposed to address. If the primary function of education was to address the questions of inequity, uneven modernity, disparate wealth distribution, and widespread socio-cultural conservatism, these are no longer questions that are featured in the Data-Technology driven education programs. These problems, which have been at the center of education debates in the country – leading to widespread affirmative action and violent resistance to it – have now been reformulated around quantifiable parameters of intake, credits, employability, affordability, accessibility, merit, etc. So there is silence about the nature of the students who enter education. There is an implicit push for the disinvestment of the state from education resources in favor of privatization. We remain enamored by the numbers joining the system, without worrying about the categories of discrimination – caste, gender, sexuality, language, location – that have affected the quality, intention and function of education. These issues have become moot points, to be replaced by visualizations and data sets that remain opaque in looking at the negotiations of identity politics and the need to embed education processes in lived realities of the students who enter formal education.

These problems are not new. And the intention of this articulation is not to deny the power of digital technologies or the opportunities they produce. Instead, it is a call to say that we need to stop thinking of data – an abstraction, an artifact, a manual product – as a natural state of being. We need to remind ourselves that engagement with data is not a sterile engagement, rendered beautiful through visualizations and infographics that can make reality intelligible. It is perhaps time to realize that Data has replaced People as the central concern of being human, social and political. Time to start re-introducing People back into debates around Data, and acknowledging that Data Informatics is People Informatics and data wars have a direct effect on the ways in which people live. And Die.