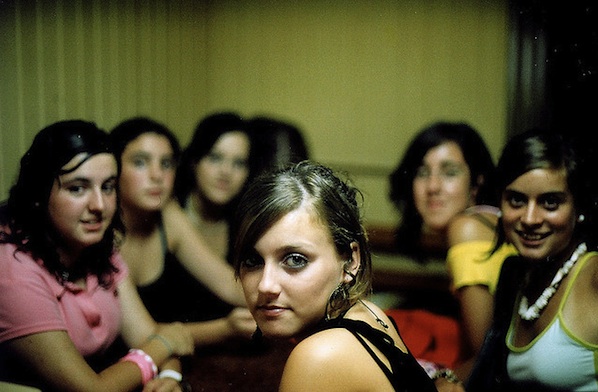 Ever had one of dem days you wish woulda stayed home / Run into a
group of niggas who getting they hate on / You walk by they get wrong you reply
then shit get blown / Way outta proportion way past discussion / Just you
against them, pick one then rush em / Figure you get jumped here thats next /
They don’t wanna stop there now they bustin / Now you gushin, ambulance rushin
you to the hospital / with a bad concussion / Plus ya hit 4 times bullet hit ya
spine paralyzed waist down / now ya wheel chair bound / Never mind that now you
lucky to be alive. – T.I. “Dead and Gone”

Sometimes, I feel like I’m living in parallel universes. I attend conferences and hear from parents and journalists who are talking about the bullying pandemic. And then I talk with teenagers about their social dramas, producing the interactions that adults identify as bullying. I hear from well-meaning adults about how they want to create interventions to help teenagers with bullying. And then I hear teens complain about the assemblies and messaging that they’re forced to listen to that don’t even begin to resonate with them. Whenever I talk to folks about bullying, I’m forced to confront the fact that adults and teens are talking past one another. And then I hear songs like T.I.’s “Dead and Gone” that capture the escalation at the most extreme sense and hope that teens are taking home the core message of the song, which T.I. captures simply as “I won that fight, I lost that war.” The cultural logic underpinning bullying is far more complex than most adults realize. And technology is not radically changing what’s happening; it’s simply making what’s happening far more visible. If we want to combat bullying, we need to start by understanding the underlying dynamics. And we need to approach interventions with an evaluation-based mindset. We won’t know how to stop bullying and no amount of legislation requiring education is going to do squat until we actually find intervention mechanisms that work. And that starts with understanding what’s happening.

The Way Teens See It

When I first started interviewing teenagers about bullying, they would dismiss my questions. “Bullying is so middle/elementary school,” they’d say. “There’s no bullying problem at my school,” they’d say. And then, as our interview would continue, I’d hear about all sorts of interactions that sounded like bullying. I quickly realized that we were speaking different languages. They’d be talking about “starting drama” or “getting into fights” or “getting into my business” or “being mean.” They didn’t see rumors or gossip as bullying, regardless of whether or not it happened online. And girls didn’t see fighting over boys or ostracizing one another because of boys as bullying. They didn’t even see producing fight videos as bullying.

So then I started asking them what bullying was. What I learned was that bullying was when someone picked on someone or physically hurt someone who didn’t deserve it. I’d ask how they knew if someone deserved it and the response was incredulous, “oh, you know.” So I pushed harder… “what if you don’t know?” I asked. I got blank stares so I took a different tactic. “What if someone’s messing with someone and that other person thinks they’re being mean?” This got their attention, but not in the way that I expected. Most told me that you know when someone is messing with you and that if you don’t, you’re stupid. Besides, when someone’s messing with you, you can’t take it seriously.

Of course, teens do take it seriously. And they do misinterpret when people are messing with them. And they do take minor social infractions personally. And then things escalate. And here’s what makes bullying so difficult to address. So often, one person thinks that they’re not at fault and that they’re simply a victim of bullying. But those who are engaged in the bullying see it entirely differently. They blame the person and see what they’re doing as retaliation. None of this is communicated, of course, so things can quickly spiral out of control without anyone really knowing where it all began. 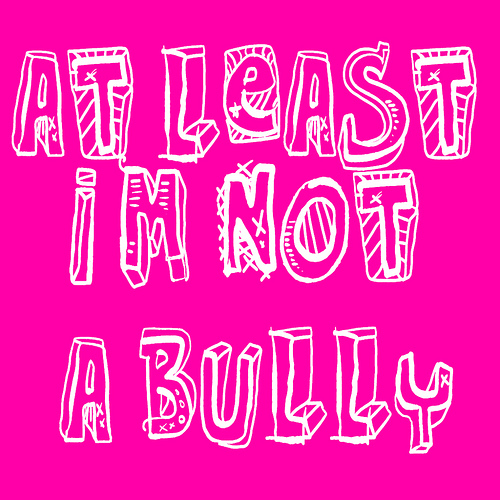 A Story: Janiya and Precious

I was talking with Janiya about who she was friends with on Facebook and she told me “everyone.” I asked her if there was anyone from school that she was not friends with on Facebook and she rolled her eyes and said, “Yeah, Precious.” When I asked her why, she said “I just don’t like her.” Slowly, the story unfolded that she and Precious were currently entangled in a “situation” that had recently blown up pretty badly such that parents were involved. After hearing about the current squabbles, I asked Janiya to think back to a time when she and Precious were friends. I asked her what went wrong. Eventually, she told me about a birthday party in the 4th grade where Janiya played a joke on Precious and Precious took it really badly. It became clear that, ever since then, they were up and down. They didn’t trust one another and it sounded like they regularly misinterpreted what the other had said or done. Everything became personal and, when things got bad, it escalated into a physical fight. From Janiya’s point of view, she’d done nothing wrong; it was all Precious’ fault. But, reading between the lines, it was clear that Precious had a very different POV. I asked Janiya if this was bullying and she told me that Precious and her mom were bullies. I doubt that Precious would see it that way.

So how do we intervene with Janiya and Precious? A lecture on bullying is going to be completely ignored by both of them, either as irrelevant or meaningless to them personally. They don’t see what they’re doing as bullying. What Janiya and Precious need is to understand the situation from each other’s perspective
and to have empathy for how the other experiences what’s unfolding. That’s not an easy thing to do. Heck, that’s extremely hard. Just ask any marital

therapist who’s trying to help a couple work through their relationship. Janiya has a different solution in mind: make Precious change schools. She’s not interested in solving the relationship drama; she just wants Precious out of her life. And the only way that she can imagine this happening is by making it hard for Precious to stick around. So she’s taken a pretty strict stance: she never looks Precious in the eye or speaks to her so as to pretend that she’s invisible. And she encourages her friends to do the same. Online and off.

Empathy, Not Technology, Is Core of the Problem and the Solution

Janiya and Precious are trapped in a full-blown battle, but these dynamics are not unique. Girls ostracize one another either because of personal collisions or in support of their friends’ dramas. They make each other miserable by spreading rumors or gossiping behind their back. Technology is employed in efforts to humiliate, deprecate, or isolate. The end result for girls tends to be verbal and emotional torment. Boys, on the other hand, tend to front in order to move towards a physical altercation. Or to intimidate or humiliate. But in all cases, the point is to show who has social power. It’s all about creating and reinforcing hierarchies. In schools where status-driven hierarchies aren’t acutely maintained by teens, bullying isn’t so dominant. But when there’s something to be gained by putting someone down, bullying rears its ugly head.

When I look at how teens hurt each other, I can’t help but also see how they’re developing training wheels for future relationships and reflecting normative behaviors that they see around them. I hear teens’ dramas reflected in their stories about how their parents fight – with each other, with their friends and family and colleagues, and with them. What teens are doing is more coarse, more direct, and more explicit. But they’re witnessing adult dramas all around them and what they tend to see isn’t pretty. Parents talking smack about work colleagues or bosses. Parents fighting with each other or ostracizing their family members over disagreements. And it’s not just parents…Teens are seeing fights and dramas all over the media. Celebrity fights and dramas aren’t just in their face; they’re glorified! And even if MTV comments on domestic abuse after airing Jersey Shore, the way that the housemates treat each other sets a standard for what’s societally acceptable. Teens are seeing drama everywhere – they’re seeing it as a legitimate part of adult society that can often lead to notoriety.

And here’s where we run into another major component of bullying… attention. In a world of brands and marketing, there’s a sentiment that there is no such  thing as bad attention. Countless teens are desperately seeking attention. And there’s nothing like “starting drama” to guarantee both attention and entertainment. So teens jump in, adding fuel to the flame because it’s fun. They know that it hurts, but it also feels good sometimes too. And this is what makes music videos like Eminem & Rihanna’s “Love the Way You Lie” resonate with both adults and teens. The drama is half the fun, even when it hurts like hell.

Combating bullying is not going to be easy, but it’s definitely not going to happen if we don’t dive deep in the mess that underpins it and surrounds it. Lectures by uncool old people like me aren’t going to make teens who are engaged in dramas think twice about what they’re doing. And, for that matter, using the term “bullying” is also not going to help at all either. We need interventions that focus on building empathy, identifying escalation, and techniques for stopping the cycles of abuse. We need to create environments where young people don’t get validated for negative attention and where they don’t see relationship drama as part of normal adult life. The issues here are systemic. And it’s great that the Internet is forcing us to think about them, but the Internet is not the problem here. It’s just one tool in an ongoing battle for attention, validation, and status. And unless we find effective ways of getting to the root of the problem, the Internet will just continue to be used to reinforce what is pervasive.