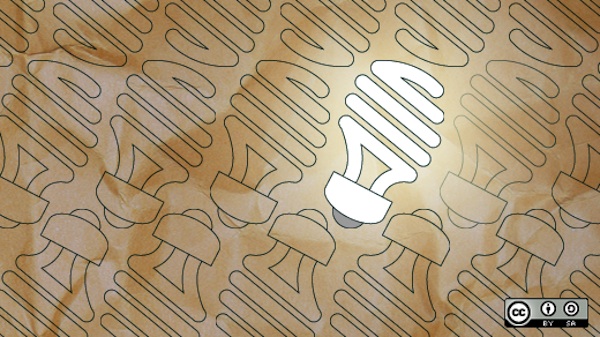 I’m excited that next week the judges will be listening to the “pitches” and then determining the winners of the Badges for Lifelong Learning Competition.  Immediately after, will be the opening of what promises to be the best Digital Media and Learning Conference yet, “Beyond Educational Technology: Learning Innovations in a Connected World” (to be held in San Francisco, March 1-3, 2012).  I’m thrilled about both of these showcases for new learning innovation.  But I have a confession to make: when I first began learning about badges, I was skeptical.  I was afraid that, rather than taking us “beyond educational technology,” badges would throw our passionate digital learning community into yet another morass of over-priced tech.  I worried that we’d be adding to the array of gadgets being thrown at educators, parents, and, worst of all, kids in the world of formal and informal learning.  I’m now a convert (perhaps even an evangelist) for peer-driven badging systems as an alternative to some of the rigid, limited, standardized forms of evaluation but my initial apprehensions help me empathize with those serious, innovative educators (and they are out there) who shudder at the idea.  Far too many digital snake-oil salesmen promise the cures for all current educational woes with some faster, better (and more expensive) online tool.  No wonder educators have their guard up!

So let’s get rid of the over-hyped claims first.  Counteracting over-stated claims by ed tech manufacturers with some real learning science and learning sense is one motivation behind this year’s Conference.  Let’s just say it: badging will not solve every woe of the deplorable current state of standardized testing and assessment.  It won’t.  It just won’t.

No one solution can fix such a broken system overnight.  That will take all of us, thinking together, and working together on the local, regional, and national levels for sane transformation.  Badges are not a panacea, the end of all our assessment problems.  Badges fall into the category of a brilliant idea that helps to shift a paradigm. 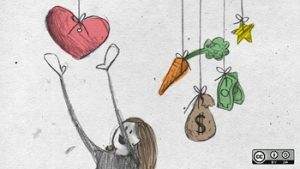 Thomas Kuhn, who proposed the concept of the paradigm shift, argued that a paradigm shifts only when a concrete new possibility suddenly makes visible the limitations of current practice—and a pathway to change.  Oprah calls that an “a-ha!” moment.  You see something new that lets you realize how faulty the old was and then the paradigm shifts and real innovation is possible.

I like to think of badges as the evaluation equivalent of Zipcars.  There are only around 10,000 Zipcars on American roads, a tiny fraction of all the vehicles in the U.S.  Yet Zipcars have made a dent in some of the most ineffective and yet time-honored aspects of individual car ownership.  “Zipsters” (members) pay a small annual membership fee in order to be able to borrow a vehicle at low cost and maximum convenience to the Zipster.  You can borrow a car an hour or six months from now, for a few hours or for weeks, as you need it, as often as you need it, paying a reasonable hourly rate.  Here’s where the analogy to badges is important.  Zipcars do not replace all car ownership, but, in some situations, they are life-changing—for the person, for example, who cannot afford a car but needs one to get to a job interview today or else.  On a larger level, Zipcars help us envision new, inexpensive ways to lessen the dependence on fossil fuels without investing billions of dollars in new mass transportation systems.  It’s a relatively small change, a simple one, that opens the door to rethinking foundational paradigms (like individual ownership).  Because Zipcars work so well, they not only solve the local problem but demonstrate possibilities, reinforce the feasibility of innovation, and help us think about other areas where similar lessons apply.

Do you see the analogy I’m making here?  Badges won’t solve everybody’s evaluation problems.  For some institutions, badging works perfectly.  For others, the very idea of a nuanced, flexible recognition system, inspired by peers and motivated by an institutions exercise in understanding its own values, might inspire equally good alternative solutions in a different direction.  Having a working, adaptable alternative to an existing system is exactly what makes the paradigm shift and unsettles the status quo.

I first came across badging about four years ago.  I was researching the “How We Measure” chapter of Now You See It.  That chapter is a pointed, systematic (one reader called it “relentless”) critique of current forms of end-of-year compulsory grading and multiple choice bubble testing, especially the end-of-grade testing required by the 2002 No Child Left Behind national educational policy.  (Don’t get me started!)  It seemed unfair, though, to produce all of the historical, statistical, psychological, and cognitive evidence that shows how poor One Best Answer item-response testing is for motivating or even measuring learning without providing some alternatives.

Badging is one of the alternative peer-evaluation systems I came across.  The more I talked with badging pioneers and practitioners, the more I began to leave my own misgivings aside.  This wasn’t just some expensive technology designed to line someone’s pockets.  Like Zipcars, badges proved to be an easy, flexible, customizable system that fit the needs of some organizations.  I’m especially interested in badging systems developed by the world-wide community of Web developers who engage in collaborations with people they may never meet face to face.  Companies such as TopCoder or networks like Stack Exchange have badges that allow one developer to recognize another’s skills at C++, for example, but also to give credit for a collaborator’s ability to come up with a brilliant idea getting everyone to agree on a workable solution to ship a product out the door on schedule.

As an educator, I value an array of skills too, only a few of which are ever recorded on official transcripts.  As an employer and a supervisor, I also want to hire not just the straight A student but the one who is most inventive, who knows how to apply knowledge to a problem, and who understands institutional goals and how to achieve those by contributing to the exceptional talents and ideas of others.  No existing A, B, C, D bubble test measures these qualities.  Even my annual “check this box” HR forms miss the point.  Canned resumes and guarded or hyperbolic letters of recommendation are next to useless.  I don’t know of other existing systems that compare in depth, nuance, complexity, detail, or accountability to badges (you can click on a badge and all the supporting information is there, authored by another member of the community).  There are many different kinds of badging systems out there but the ones I like best recognize competencies, skills, training, collaborative abilities, character, personal contribution, participatory energy, leadership and motivational skills, and other so-called “hard” and “soft” individual and cooperative talents.  They not only record contribution but motivate it.

In a very short time, we will have a large and diverse cohort of winners of the Badges for Lifelong Learning Competition.  The winning learning institutions and developers will work together for a year to develop the best possible system for their particular organization.  They will be working online, in an open public forum that offers all the rest of us an array of prototypes and worked examples that we can study, pick and choose from, try out, and then maybe even customize for our own institution.

Most of our current modes of testing and personnel assessment were developed for the Industrial Age and even, pointedly, for the Fordist assembly line mentality of hierarchical, standardized, quantifiable productivity.  In 2012, these Industrial Age remnants of an old model of productivity and rote learning fall short.  Many are clunky, ineffective, and cumbersome, so poorly designed that they require educators to “teach to the test” in order that they, their schools, and their students are not penalized for “failing.”  The end-of-grade testing, especially, undercuts teacher and student morale by putting the answer on One Best Answer selection, not real knowledge applied to thoughtful and thought-provoking problem-solving.  The current multiple-choice form of testing doesn’t measure all that is being learned and de-motivates true curiosity.

Badges won’t solve all these problems in all situations.  But they are, potentially, a paradigm-shifting alternative to current forms of evaluation and credentialing.  If we can keep an open mind and inquisitive spirit, Badges for Lifelong Learning could well be our Zipcars for the paradigm shift that transforms the future of learning assessment.