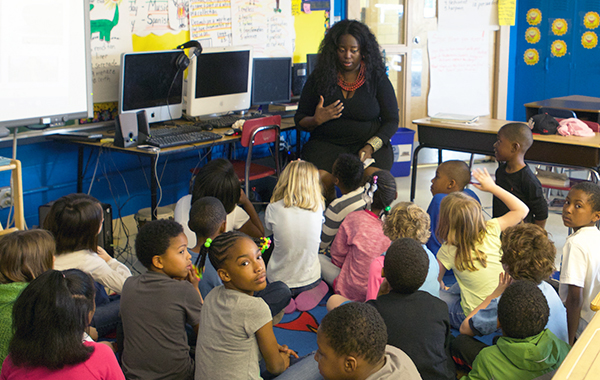 In my last post, I drew from my classrooms to suggest that the biggest challenges that the emergence of new political structures of hatred and vengeance posit is to our pedagogies. Finding a vocabulary and framework to express the formation of a political conscience and a voice in the classroom is tough enough because it often requires the researcher to investigate some of the most personal, private and naturalized assumptions about themselves and the world that they live in. When this is accompanied by a persistent system that rewards that which they see and experience as wrong, it often erodes their trust in the theoretical abstractions of justice, equality and equity that they are learning to question and critique. In that instance, the burden falls back on pedagogy to take up the task of building up a context and a practice of care and repair that can help them take up positions already often contrary to the status quo without feeling hostility or threat.

In this second post in the series, I’m thinking about the role of the teacher in this classroom, and what pedagogy of care can mean in the face of the hard mechanics of assessment, evaluation and enumeration within the classroom. We have regularly talked about pedagogy of care. More often than not, the orientation of this pedagogy is about extending care outward. Transmission of care, distribution of care, dissemination and diffusion of care practices and the feminized labour that works as the infrastructure of these care processes gets due attention. For young scholars, it becomes important to realise that their critique of the world, and their reaction to its inequities cannot find expression in despair or dismissal. They need to be able to respond through care, directed as much at people who might seemingly be rewarded by structures of power but are continually oppressed by it, as toward those who remain on the receiving end of systemic violence and discrimination.

We also take care to realise that this is not empathy. It is not about identifying pain and internalizing it, finding resolution in a self indulgent wallowing of common found experience. As digital cultures scholar Wendy Chun points out in “The Dark side of Digital Humanities,” this dependence on empathy as the vehicle of expression, eventually distracts from the outward turned gaze and reintroduces the looker as the subject of that act of looking. Instead, care becomes the ouvre where the gaze remains turned outward and insists that the gaze draws on the privilege that the looker embodies. This is what the Dalit Feminist scholar Sharmila Rege calls “breaking one’s own self” — a process where in order to provide care, we break our own structures of privilege and use the power there to extend to those around us, especially those who do not have access to that power. This politics of care invites the students to, thus, make themselves vulnerable, to check their privilege and understand where it can be disarticulated so that they can exploit it to producing care.

However, in the face of material glorification of hatred and violence in speech and practice, we perhaps need to add to this outward looking gaze the layer of looking at each other. The pedagogy of care that I propose is almost digital in its framework where it entails the nodes within a network to continuously communicate with each other, to engage with each other and to make the survival and fitness of each other a part of our practice. This means that the outward turned gaze of the network has to be recognized as the focus of the network, but it must not neglect the fact that we also have to care about each other and take responsibility for mutual well-being even as we work toward collective political actions and visions.

While this seems nicely idealized in theory, I have been trying to formulate what this pedagogy of care would mean when faced with an education system that is also completely digital. It recognizes only the independent node, realizes its fitness, enumerates its merits and only evaluates and assesses it for its relevance and transactional well-being in the network. How do we, in the context of this individualized system that often posits the learners as competing nodes, encourage them to find care for each other and through their pedagogic process? I want to document one of the three experiments that we conducted this year, giving the first steps toward that direction.

One of the things that the students did were group presentations. Each student had specific responsibilities in this presentation and was given notes and evaluations based on his or her contribution. However, at the end of the course, they were broken up into groups and asked to come up with a consensus — would they want an individual grade that reflects their individual merits and skills or would they want an averaged-out grade, which takes the mean average of all the grades and assigns the same one to all the students in the class. As you can imagine, the debates were intense and fierce. Every group began with discussions about rewarding those who have worked harder, taking the meritocratic neo-liberal argument that different people, working together toward common goals, shall still only be rewarded and punished individually and for their solitary contributions, thus, refusing them the strength of a community.

Yet, as the conversations grew, the students started discussing the fact that the class is uneven in its privilege — different students had different contexts: A single mother, a first-generation learner, somebody who is going through a painful period of personal conflict, somebody struggling with illness, a dislocated foreign national, a student who is working two jobs to meet financial responsibilities…. And, as they started recognizing these contexts, their conversations changed. At the end of a long discussion, 14 people, divided into three separate groups, came to a consensus: they agreed that irrespective of the difference in final presentations, they were ready to accept an average grade for 40% of their classwork. They argued that their presentations might have individual effort but, they were collectively owned and informed by the community in the class. They suggested that the larger conversations that the presentations elicited were more important and that it was necessary that somebody who did not have the same privileges not judged on the same standards. The students had embraced a pedagogy of care, where they agreed that some of us will take the responsibility of the others’ well-being, and that some of us will be recognized for the value they bring in their presence rather than in just their transactional outputs.

Little did they know that their pre-assigned grade for this experiment was an A+ if they illustrated this pedagogy of care. And, when it was revealed to them, they realized that there can be rewards for caring, for looking after each other, for engaging with the world in a different way — to make sure that even as they break themselves, they have to care for others, breaking around them.