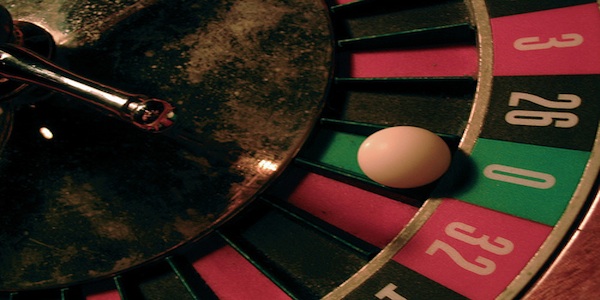 It’s easy to see new Internet phenomena and panic, especially when the technology in question opens up a portal to all of the weird parts of the Internet.  This is precisely what is happening around ChatRoulette, a new peer-to-peer webcam-based video chat site. Although the site was built by a 17-year-old Russian high school student to connect with other teens, nearly every adult who has visited the site runs screaming that this is a terrible space for young people.  In some senses, they’re right.  But the more that they panic and talk about how bad this is for teens, the more teens get curious and want to check it out. The result? A phenomenon generated through fear.  But there’s more to what’s going on than just fear and sketchiness…Let me provide a provocative counter narrative to the dominant one presented in the press in the hopes of encouraging a dialogue.

ChatRoulette is simple: login to the website with your webcam enabled, click “New Game” and you will find yourself randomly connected to a stranger who also has a webcam and decided to play along. Don’t like what you see? That’s fine…click “Next.”  But realize that the  person (or people) at the other end of the tube can also click “Next” on you.  Alongside the video image is a chat interface that allows you to share text with the stranger you’ve encountered.

What unfolds is a new form of public life, the ability to randomly encounter people from across the world for just a moment before you or they decide to move on.  This is at the crux of what draws people in, curious to see who they might encounter.  You may find a group of teens playing Rock Band or a cat or someone posting a sign or someone wearing a costume or a group of college kids in their dorm or someone looking extremely bored.  What draws people in is the uncertainty, the random-ness…and their own curiosity.

Don’t get me wrong: There is a high probability that you will run into the seedier side of the site in a matter of moments.  Some have argued that ~10% of the site’s users are exposing themselves or their genitals through the site.  And, unlike pornographic spam, these exhibitionists are typically male.  This is modern day flashing with fewer consequences as no one knows who these guys are, where they’re located. Certainly, they receive plenty of grossed-out faces, but the stigma in such an environment is minimal compared to what a flasher experiences in a physical public setting.  But this distancing is also part of where the comfort comes from.  Unlike seedier parts of town, there is physical distance. You don’t have to be worry about being mugged or raped; you can simply click next and move onto the next person.  This creates a peculiar asymmetry in the dynamic.

Of course, it’s not always the gross content that is disturbing.  And there’s something powerful about having a sense of who someone might be when talking to them.  Consider the following comment by Dylan Field, a college freshman:

“If it weren’t for ChatRoulette, I wouldn’t have had these conversations. Are there other places online that I can talk to people from all over the world? Sure, but I don’t trust them. How do I know that the person I’m talking to isn’t a creepy, old, fat guy? On ChatRoulette, I trust people’s identities because of the video-chat component. (I’m aware that there are ways to fake webcam feeds, but it’s pretty obvious when that happens.)

“The more vulgar parts of ChatRoulette don’t affect me much because of the amount of time I spend on the Internet. When I was in high school, my friends thought it was *really* funny to send each other links of shock videos disguised as desired content (usually game cheats) to gross each other out. After seeing some truly gruesome stuff, I can handle a few penises.

“That said, I’d argue that the most shocking part of the website can be in the people you meet. One time, I talked to a very angry, young teenage boy who yelled at me for a good 5 minutes. I couldn’t press ‘next’ because I wanted to understand why he was so angry. I never did figure it out, and after he ran out of insults he ‘nexted’ me. I don’t care about the gross images, but that has stuck with me.”

Before the press started covering this story, many of the participants were teenagers, presumably connected to the creator within a few hops.  But as the news coverage picked up, teenagers everywhere began hopping on to check it out.  Why?  There’s nothing like a story about a new scary Internet site to drive teens’ curiosity.  Unfortunately, this news story also motivated people to try weirder and weirder things on ChatRoulette.  It’s one of those situations where the news media ended up creating the news in trying to report on it (gotta love Jon Stewart).

As parents and educators concerned about youth, we do everything possible to protect youth from the dangers of the “real” world and apply the same logic to our beliefs about the online world.  In doing so, we’ve slowly eroded teens’ access to many public spaces, especially those public spaces in which teens might encounter people who aren’t like them.  This is completely reasonable: we want to do well by our kids.  At the same time, we’ve found time and again that many teens are intrigued by publics that make them uncomfortable, are curious to know about a world broader than the world in which they live, and are driven by opportunities to engage in risk.  Along comes ChatRoulette, a site that is simultaneously unnerving and intriguing, an opportunity to connect with the world at-large with limited potential for physical danger.  This is clearly the appeal.

In my experiences on the site, I’d argue that there are four common types of teen participants: 1) groups of teens gathered to see what they might find out there; 2) bored/angsty teenagers looking for amusement from their bedrooms; 3) artsy teens looking to contribute something (like music or public theater) to the public space; 4) sexually motivated teens (primarily boys) hoping to find something arousing.  The teens who are participating on the site are engaging in public space, a public that is fraught and confused, but a public space no less.  And, once again, we’re telling teens that they don’t belong there because it might be dangerous.

ChatRoulette has brought back the Internet as I knew it growing up.  As a teen looking to learn about the world, I traipsed through Usenet, BBSes, and all sorts of chatrooms/IRC channels.  I met strangers who taught me about the world and strangers who grossed me out.  We spend so much time focusing on the terribleness of the latter that we’ve dismissed the former.  This is always deeply sad to me because I don’t believe that I would be where I am today if it weren’t for what I experienced in interacting with strangers late at night in the mid/late-90s.  One stranger – a transsexual woman – taught me about gender. Another stranger – a soldier based in Iraq – taught me about war.  I developed my sense of politics and fairness and activism through my conversations online. And I learned about Brown University through an online encounter.

My childhood was shaped by the strangers that I met online.  For most teens today, the Internet is a new tool to connect with people you already know. Friendship-based connections are what drive Facebook and MySpace and IM and texting.  There’s nothing wrong with this and I fully support those encounters. But I have long been sad that we lost the randomness of strangers in the focus on pre-existing connections.  ChatRoulette brings that back, in all of its rawness.  Does it present challenges? Certainly. But we’d be fools to automatically dismiss it and reject the attraction teens have to it.  Instead, perhaps we could have a conversation about how to enable and support teen engagement in public life?