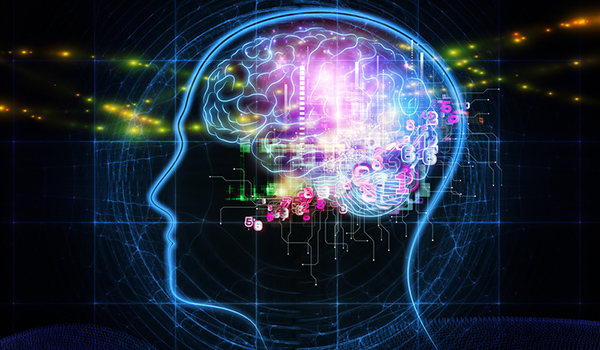 The human brain has become a major topic in education. The field of educational neuroscience, or neuroeducation, is flourishing. At the same time, a number of initiatives based in computer science departments and major technology companies are also taking the brain seriously. Computer scientists talk of developing new brain-inspired cognitive learning systems, or of developing new theoretical and computational understandings of the brain in order to then build new and more effective forms of machine intelligence. The important aspect of these synchronous developments in neuroscience and brain-based systems is that they are beginning to come together in particular technological developments and products targeted specifically at schools.

How are neuroscience and computer science coming together in education? According to its advocates, neuroeducation promises to revolutionize the understanding of how the human brain actually learns. In turn, these insights are being used to design new teaching and learning approaches such as “brain-targeted teaching” and other apparently brain-compatible “neuropedagogies.” A great deal of this is based on emerging neuroscientific insights into the malleability and plasticity of the brain. The brain, so neuroscience has taught us, is ultimately shaped and reshaped through experience, with synaptic connections constantly forming or being trimmed in response to experience — leading to new ideas about the capacity of the brain to be “rewired” throughout the lifecourse.

As explained in the book “Neuro,” the brain now appears as an organ that is open to environmental input, with the environment shaping the neural architecture and functional organization of the brain. Thanks to our neuroplasticity, we learn through constant observation and interaction with the environment. The result is that new techniques are now being devised to recognize and manage the processes involved in shaping and reshaping the brain. In the educational field, as a consequence, there has been a proliferation of brain-based programs which, based on insights about neuroplasticity, promote the idea that the brain is flexible, mouldable, able to be trained, rewired, improved and ultimately optimized. The brain sciences are even being governmentalized as policymakers are attracted to emerging arguments about neuroscience in education and other government concerns.

Computer science is increasingly concerned with coming up with new computational understandings of the brain. Researchers in this area are interested in the possibilities of modelling the brain in computer code and from there studying its functions, with the objective of using those insights to then build better forms of machine intelligence and other cognitive-based systems. For instance, the field of neural networks combines expertise from neuroscience, computer science and other related disciplines to explore the possibilities of brain-inspired computational intelligence:

For researchers of neural networks, the elasticity and plasticity of the human brain to learn and adapt is a source of inspiration for the construction of computational forms of intelligence.

Some of the latest advances in robotics, for example, start from the idea that any artificial intelligence needs to learn in the same ways that the human brain learns — through experience and environment input. The focus for such projects is less on programming robots and more on behavioural training, with learning understood to occur through repetition, imitation and social interaction. Just like humans, it seems, robots also have plastic brains — robots are learning machines.

The more significant issue is in how insights from neuroscience, now imported into computer science ambitions to build learning machines, are being applied to schooling in the shape of pedagogic technologies. I have previously written about “smart schools in sentient cities” where the educational environment appears to have some kind of life of its own. The sentient city can “think of us” just as we can think of it, moulding itself around us by constantly mining and analyzing our data and then responding with automated suggestions, recommendations and micro-nudges toward certain kinds of behaviours and actions. In other words, the sentient city is a learning environment with the machine intelligence to observe us through our data, learn about us through our online interactions, and adapt to us just as we, with our plastic brains, learn from the wider social environment and adapt to it. The ideal educational institution for the sentient city is the cerebral school with the intelligence to mould and adapt itself to the learner.

A clear example of how such emerging forms of sentience are beginning to penetrate educational settings is supplied by the IBM Smarter Classroom project, part of its global Smarter Cities and Smarter Planet agendas. According to its website, the IBM “smarter classroom” is a “classroom that will learn you” through “cognitive-based learning systems.” The idea of the cognitive classroom that will learn you resonates with the sentient city that can think of us. It utilizes cognitive-based learning systems that are themselves at least partly based on neuroscientific explanations that have been translated into computational models of the brain. The smarter classroom runs on a technical infrastructure of machine intelligence and is characterized by new digitally-mediated neuropedagogies — technology-based approaches to teaching and learning that are based on understandings of the brain, and that target the brain’s improvement.

A central issue for educational researchers is how such smarter classrooms and cerebral schools will “learn.” Critical educational research, to date, has not scrutinized the heavily pedagogic claims surrounding such technologies as cognitive learning systems, machine learning, learning analytics and so on. Yet, as I’ve already said, the issue of how machines learn is now a priority for computer scientists and many of the world’s most powerful technology companies. A recent article on artificial intelligence in Wired magazine, for example, routinely deploys the language of teaching and learning, claiming that:

Every intelligence has to be taught … the incredible avalanche of collected data about our world … provides the schooling that AIs need. Massive databases, self-tracking, web cookies, online footprints, terabytes of storage, decades of search results, Wikipedia, and the entire digital universe became the teachers making AI smart.

The article also talks of “deep-learning algorithms” and of “artificial smartness” that might ultimately lead us to question our existing assumptions about human intelligence and learning. The kind of machine intelligence articulated here is not the kind dystopically typified by Hollywood movies, but the kind that lumbers in the “technological unconscious” of everyday life, gathering its energy and dynamism from devouring and digesting our data trails.

Even if the specialist language is off-putting to readers from outside the field, the symmetries between brain science and computer science are clear, with “brain-like” computations and simulations positioned as the technical solution to the analysis of big data, while big data also stimulates the development of machine intelligence.

Yet, the role of big data in machine intelligence adds another level of complexity because “computers don’t remember anything on their own.” Rather than a neutral and unbiased product of computational processes and algorithms, big data is actually the product of many human hands, values, assumptions, and ways of thinking about the world, many of them held by the computing and data science specialists who have programmed the technologies and designed the methods and algorithms to collect and analyse the data.

So, when we hear that big data is the tutor of machine intelligence, we need to query not just the machinery itself, but all of the human systems of thinking, values, assumptions and so on that have gone into the production of the data informing it. As a recent book entitled “Machine Intelligence“ claims, the creation of “smarter-than-human AI” requires a massive “encoding of the entire system of human values for an AI: explaining them to a mind that is alien to us.” This would represent a monumentally complex pedagogical task of training machines to do what we want them to do and to share our values. As a result, questions about how machine intelligence, deep-learning algorithms, cognitive learning systems and artificial smartness are taught, and of who or what teaches them, using what methods, data and materials, and according to what educational theories, may become significant as cerebral schools develop in which such technologies are routinely deployed to interact with students.

Moreover, we need to ask about the “brain-like” computational models that are operationalized in such cerebral school systems and spaces. Putting it crudely, cognitive systems depend on translating the human brain into a model in the machine. That’s why brain simulation technologies have become an essential part of the technical apparatus in neural networks and machine intelligence research.

Research in neuroplasticity and neurobiology has taught us that the human brain is pliable, plastic and improvable, and constantly being shaped and reshaped through interaction with the environment. When the environment itself has these “brain-like” learning functions built-in, as in the sentient city and in the cognitive learning systems of the smarter classroom, then it is possible to see how human brains may be likely to be shaped and reshaped through interaction with such computationally brainy spaces.

The task of translating the brain into the machine, however, is no simple matter. Is the grey matter itself, and the synaptic connections that make it work, all that counts? Philosophers would wonder about the capacity to model human consciousness, values and thought computationally. Yet, how we think tends to evolve in tandem with the technological and media landscape:

We think through, with, and alongside digital media, and … our intense engagements with them have profound neurological, biological, and psychological consequences, as well as obvious social, economic, institutional and political effects.

The digital landscape clearly has important effects in education, not least in the neurological consequences for learners. How we think and learn is partly becoming an issue of how machines have been taught to ‘think’ and learn, based on notions of the human brain itself as a big data-processor. This has significant implications for understanding how the forms of machine intelligence, neural networks and machine learning algorithms that constitute the brainy spaces of educational environments, such as cognitive classrooms, think and learn with us, of us, perhaps, even, for us.

We are moving toward a situation where a series of connections are being made between the human brain, processes of computational modelling, big data analysis, and the construction of brain-based pedagogic systems that then, as part of the brainy spaces of the cerebral school, have the computational capacity to act back on the learner. If the neuroscientists and the computer scientists have it right, then we are getting close to computing brains in the cognitive classroom.