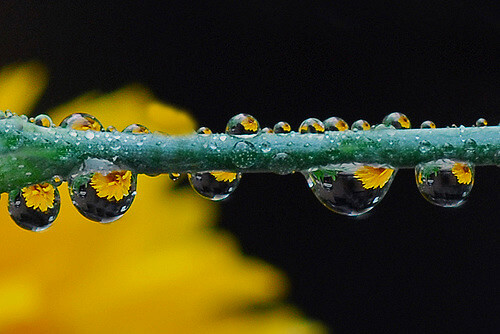 I wrote Critical Citizenship for Critical Times in 2013, responding to the political upheaval in Egypt. I argued that teaching critical thinking traditionally promotes skepticism (a good thing, particularly when authorities like the government are corrupt or untrustworthy like the media) but what ended up happening in Egypt is that those who questioned media and political power turned their advocacy into oppositional advocacy that topples regimes but does little to co-construct a better future. I suggested we reconsider what we mean by “critical,” and proposed that universities aim to promote criticality that centers around social justice and empathy as a more fruitful approach than one centered on skepticism and antagonism. Critical thinking as social justice is mainly influenced by the work of Paulo Freire and other critical pedagogues:

The end goal of critical thinking is to challenge the status quo in order to achieve social justice, collectively raising consciousness of conditions promoting oppression in order to achieve liberation. It is a form of critical thinking that promotes praxis — reflective action based on knowledge, rather than mere activism … or speech and dialogue unaccompanied by action …. It is not mere skepticism about separate facts, it is value-driven and historically situated questioning of power structures that lie beneath the surface.

The idea of criticality that emphasizes empathy is influenced by Women’s Ways of Knowing and Edward Said’s philological hermeneutics — both of which propose empathizing with and trying to understand the point of view of the “other” first, in order to engage with them instead of approaching them with skepticism.

Today, I’m thinking about digital citizenship, and what it would mean to develop critical digital citizenship on the premises of empathy and social justice. I find myself having really strong reactions to #Brexit, Donald Trump and things happening very far away from me in the past few years, highlighted by hashtags like #BlackLivesMatter and #IllRideWithYou. It isn’t merely global citizenship, but very specifically digital citizenship because my connection to many of these is heavily influenced by social media and what my friends and acquaintances all over the world are saying on social media and on their blogs, much more so than traditional media or in-person interactions.

I am also thinking about digital citizenship because of the current #DigCiz conversation, organized by Autumm Caines and Sundi Richard (Follow the hashtag on Twitter, or visit the website). I am helping facilitate a week in July discussing digital literacies, which encompass citizenship and critical literacy. If you are interested in finding resources on digital citizenship in general, check out these resources curated by Alec Couros and these 9 elements of digital citizenship. While working on this post, I noticed on DML central that Erica Hodgin wrote a piece on integrating digital literacy and civic engagement in schools, and Liz Losh wrote a piece on advocating for online privacy.

My focus is on the potential of the digital in promoting empathetic and social justice-oriented critical citizenship, rather than digital citizenship in general.

Digital citizenship could express the digital dimension of our local citizenship. For example, social media use during the Arab Spring  for advocacy and collective action. Howard Rheingold had with an Egyptian activist who tells us how social media empowered him to do things he could not do face-to-face as a citizen. Digital citizenship augments our embodied citizenship, which can be limited by circumstance and safety concerns.

Digital citizenship promotes global citizenship when our digital presence makes us share virtual space with others, regardless of geography. It is tempting, but dangerous, to imagine this virtual space as “one.” We are not all equal in that space. Some of us are louder, more visible, and some of us more vulnerable. However, social media creates opportunities for connecting as global citizens on a day-to-day and even moment-to-moment and public basis that were not present beforehand.

The digital can make it both easier and harder to develop the aspects of critical citizenship I proposed three years ago. The need for critical information and media literacy is obvious. With social media, even more than the internet as a whole, there is a pressing need to question the credibility of sources, the interpretation of data, the agendas of those publishing and promoting certain viewpoints, and the algorithms and mechanisms by which all of these become prominent in our lives. There are important concerns about privacy and awareness of what we share and how we share it, and with whom we share it, as we have invisible audiences to consider (as danah boyd points out). With the growth of citizen journalism, we have come to believe that the truth no longer belongs to the large media corporations. But, how do you trust a stranger over Reuters?

For me, personally, empathy does not come from responding to a situation en masse, and trusting strangers, but from getting close to people different from myself online, getting to know them enough that I can (however partially) see a different worldview, and then also trust what they say in a 140-character tweet and can engage with them deeply, through layers of context. Social justice, also, is not an abstract notion or principle, but the lived experiences of people I know and care about.

A friend recently told me how he responded to people who were calling Muslims violent. He told them about me, someone he had never met in person, but whom he knew so well, and could cite as an example of a Muslim who was anything but violent. My friend lives in Florida, and he was the first person I asked about after the tragic Orlando shooting, even though I knew he was not in Florida at the time. Because of social media, I have come to know people different from myself so deeply that events like the #PulseOrlando shooting and #Brexit took on a much more personal meaning than just events happening on the other side of the world. I felt pain and grief.

Which brings me to the key question: can digital spaces such as social media help promote empathy and social justice instead of sensationalism, hatred and extremism?

Even though there is a lot of evidence to the contrary, I believe it can, if we use it thoughtfully and responsibly. The key, for me, is not in browsing a hashtag randomly, but in getting to know individuals over time, and understanding their contexts and the nuances behind what they tweet and post on their Facebook status, and then also by being thoughtful and intentional about what we ourselves write and share and amplify. There is a lot of potential for misunderstanding on social media, but when you know someone over an extended period of time, you can often detect things like sarcastic tone, and if not, you can ask for clarification. We make choices of whom to follow and how we work to circumvent algorithms dictating what we see of our virtual communities. Frances Bell urges us to “challenge traditional and social media to be the media that we want and resist them being immovable objects that manipulate what we can learn from other people.”

In my 2013 article, I suggested that in higher education, one can promote social justice and empathy that develops critical citizenship in three ways: apolitical civic engagement through community service (which research has shown promotes adult political civic engagement), simulation of authentic political contexts in a safe environment, and intercultural learning experiences. It is easy to imagine how social media creates space for the last of these to thrive, if we go beyond the surface in our interactions with culturally-different others. There are also a lot of opportunities for digital community service in the ways we share our learning and our thinking with each other.

One program I have participated in that offers cross-cultural dialogue for university students is Soliya. Where it is difficult for all students to travel across the world for a cross-cultural experience, Soliya offers the opportunity for semester-long dialogue on important issues. There are different models available at the Virtual Exchange Coalition. Any such program for youth requires careful facilitation and the support of a more experienced peer or teacher to help students reflect on what they are learning and take it forward beyond the limited period of exchange. Hopefully, social media enables relationships started through these programs to endure beyond them, helping young people become more empathetic critical digital citizens.

What are your suggestions for promoting empathy and social justice in digital spaces to promote critical digital citizenship?