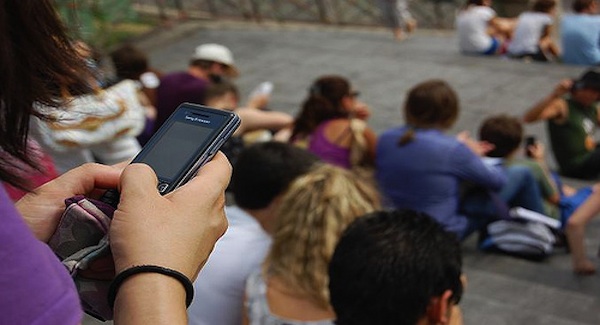 A few weeks ago, just before the 2010 THATCAMP, a well-known technology and humanities “unconference,” got underway at the Center for History and New Media at George Mason University, the center’s director, Dan Cohen, and his colleague and co-director, Tom Scheinfeldt, made a radical proposal.  In a blog posting called “One Week, One Book: Hacking the Academy,” Cohen proposed that conference participants and others following the discussion on Twitter and in the academic blogosphere should assemble a book about digital media and higher education.  The mandate was to do the project quickly – in only one week by “crowd sourcing” content – and to create a publishable work that could be mass produced by an established academic publisher while also remaining on the Web in open access form.

Topics for this ambitious project were to include “lectures and classrooms,” “scholarly societies,” “conferences and meetings,” “journals,” “books and monographs,” “tenure and academic employment,” “scholarly identity and the c.v.,” “departments and disciplines,” “educational technology,” and “libraries.”

Cohen’s call to action attracted contributions in the form of almost 330 entries from approximately 190 authors.  Ninety of the entries were written specifically for Hacking the Academy, while the remainder were older Internet postings, videos, or slideshows nominated for inclusion, which the editors considered suitable for the book.  (You can see information about contributors and the universities with which they are professionally affiliated here).

The current version of Hacking the Academy is available online, where Cohen and Scheinfeldt describe how they have reorganized the initial chapter headings into “two dozen or more ‘clusters’ or ‘conversations’ that seem to have precipitated naturally from the body of submitted work.”  They admit that “not every submission we received last week can be included in the print publication,” but they assure participants that “we would like to include the community that made this project possible in the editing process.”

Assessing the Experience of Creating A Book In A Week

As Matthew K. Gold of the City University of New York sees it, “Hacking the Academy represents an innovative disruption of the norms of academic publishing” in which the editors “harnessed the power of their networks to create not just a book, but a discussion, a collaboration . . . and maybe even a movement.”  He argues that the outpouring of contribution was “a tribute to the strengths of those networks, which Dan and Tom cultivated over a number of years through social media tools such as Twitter.”  Gold notes that unlike “the traditional methods of creating edited volumes,” Cohen and Scheinfeldt deployed methods that “reflected the subject of the book itself, the sense among many contributors that they were participating in a truly open and collaborative scholarly effort, and the way in which the contributions to the book captured a number of important scholarly conversations that had taken place over the past few years on and through social media.  In the end, the book that results from Hacking the Academy might be the least remarkable thing about it, since it was the conversation around the book that proved so remarkable and that is perhaps unable to be captured in book form.”

Contributors continue to be enthusiastic about the project as the THAT Camp that inspired it fades from memory.  Pomona College Media Studies professor Kathleen Fitzpatrick exclaims, “It’s exciting to see that many scholars come together so quickly around a new mode of working.”  In a series of three Twitter messages, she described Hacking the Academy as “obviously a project in which form and content come together.”  Although she granted that “I’m not sure how extensible it is as a model,” she expressed hope that it could “serve as a wakeup call to presses” and alert them to the fact that “there are other, faster, more dynamic ways of doing scholarly work.”

The Ability to Include New Voices and Perspectives

Like Fitzpatrick, History PhD student Jana Remy liked how the mode of participation made it possible for her to contribute even though it came during a hectic window of time in the academic year: “I saw the #hackacad project emerging on Twitter during a week when I was uber-busy with some other projects.  I knew I didn’t have time to write any new content for the book, but I did have time to sort through some of my recent blogposts to see what might be of relevance.”  She argues that “using the crowdsourcing method for gathering the contributions ensured that new voices were included, as well as those who are already well-known in the Digital Humanities.”  As to the potential audience, Remy proposes that “this will be the kind of book that I would suggest for incoming grad students to read so they can better understand what it means to be a scholar in a Web 2.0 world–especially given that they are unlikely to learn this from their coursework.”

1) “Hacking the Academy demonstrates a tactical agility and responsiveness that seems to be missing from scholarly discourse.  It’s aligned with the ‘release early, release often’ ethos of open-source programming, and even if it’s a failure (which I doubt), it will be a productive failure, jolting faculty, administrators, and publishers into a necessary conversation about means, methods, and purpose.”

2) “Hacking the Academy provides a scaffolding to many of the critiques–some would say lampoons–I’ve made of academia these past several years.  Up to this point, my critiques–as well as the alternatives I’ve proposed–have been sotto voce, relatively obscure, relatively unheard. My voice, combined with all the others in Hacking the Academy, turns this whisper into a shout.”

The University of Maryland’s Matthew Kirschenbaum suggests a method for further hacking the academic publication process: “One wonders if any among us will volunteer to further hack it by short circuiting the publication process and declaring his or her piece embargoed from consideration for the print edition.”

Not all contributors, however, realized that they were part of the project initially.  As Georgia Tech associate professor and game designer Ian Bogost explains, “What’s fascinating is that I didn’t contribute. Someone nominated me.”  However, he reassures the volume’s organizers that he is “fine with that,” although “it’s fascinating to be a part of a book without doing anything.”  He especially appreciates the irony that the book has “got certain goals (I’m not even totally sure what they are!) and some people felt that some of my work contributed to that goal.  And that’s great, because if we’re talking about hacking the academy, then wouldn’t we expect it to amount to people making use of whatever intellectual resources they deem worthy to support their own ends?”

Duke University English Professor (and fellow DMLcentral blogger) Cathy Davidson has a somewhat different take on the forms of appropriation involved in creating Hacking the Academy:  “Dan Cohen, who is on our HASTAC Steering Committee, wrote and asked if I’d contribute some of my blogs to Hacking the Academy.  I did, and it was then intriguing to go to the site a few days later and see them removed from their context on the HASTAC site and placed, instead, alongside other ‘essays’ in a ‘book.’  Scare quotes intended.”

Davidson admits she has reservations about “this form of insta-scholarly writing,” because “something changes in the movement from a blog with its specific network (however large and diverse that network may be) to a book-like electronic publication, which has its own scholarly conventions.”  However, she suggests that “perhaps the most interesting final feature of this process will be the way the migration from one form of online publishing to another reveals the lack of conventions.”  As Davidson observes, “the Internet has so few of the protocols and conventions for any form of publishing, let alone scholarly publishing.”  Thus, she suggests that “Hacking the Academy may well be a way of testing whether conventions are or are not necessary to establish the context of the content.”

In the interest of full disclosure, I should say that I am included in Hacking the Academy because of a blog post I wrote during the first phase of the project, which is currently included under a heading for “Criticisms of the Book.”  But I’m not the only instructor feeling qualms about unintended consequences of the project.

UCLA faculty member and open source and open access advocate Christopher Kelty describes himself as “100% in sympathy with Dan’s project to liven up, speed up, and shake up teaching and  learning,” but he says he doesn’t “believe the hype about democratization anymore.”  Kelty cautions that “the last thing in the world I would want to see happen is to see public university administrators enthusiastically adopt Twitter, Facebook and YouTube as the gold standard for learning.”  He warns that it may be “easier to crowdsource a book or run a conference today using newfangled network tools, but they also make it disastrously easy for bad teachers to mail it in, and bad administrators to reward using these tools instead of using them well.”  For Kelty, “the biggest challenge we face, I think, is facing up to the reality of authority and power in situations of teaching, learning and adjudicating scholarship, and that might mean facing up to the fact that the professorial elite (such as it is) no longer has much of it, and I worry this is a way to have even less of it.”

For more about this project, see the Chronicle of Higher Education, “Scholars Compile Academic Book From Twitter and Blogs,” but note that inaccuracies in the reporting have been pointed out in the comments section.