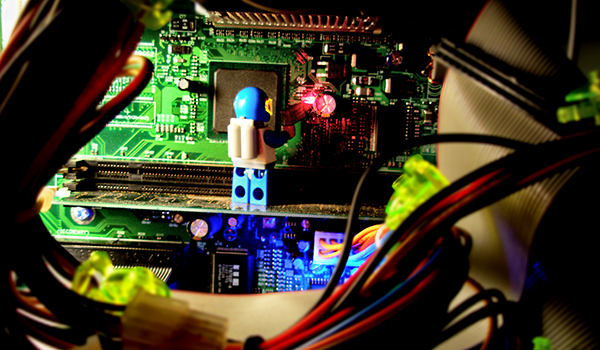 There are some phrases — “communities of practice” and “close reading” spring to mind — that we as educators tend to use automatically. It’s never just an “online community” or “reading.” Sometimes, this is because we’re not aware of the very specific meaning of these terms; sometimes it’s because we want to make what we’re doing sound more important or useful than it is.

I have to confess that I was using the term “Deliberate Practice” (which I’ll capitalise for emphasis) incorrectly. I had been using it to mean “practice done deliberately.” My mother sitting me down every day for 20 minutes as a child for piano practice would be an example of that. But, as Kathy Sierra explains in her book, Badass: Making Users Awesome, Deliberate Practice is much more specific than this. In fact, she gives some guidelines:

“Design practice exercises that will take a fine-grained task from unreliable to 95% reliability, within one to three 45-90-minute sessions.” (p.116)

“Shoot the basketball into the hoop while standing 8-12 feet from the hoop at a 45 degree angle.”

“Play this section at half speed, without errors.”

“Create four test blog posts using the Starter Template, with photos inserted at the top and middle of the post.” (p.117)

The last of these got me thinking of ways in which we could intentionally develop people’s digital literacies by designing activities using the concept of Deliberate Practice.

Digital Literacies as Habits of Mind

As I explain in my book, The Essential Elements of Digital Literacies, and my TEDx talk, we need to go deeper than just surface level digital skills. Along with skillsets, we need to develop mindsets. However, the two are symbiotic: to develop mindsets you need skillsets — but, how do you practice these when the digital landscape changes so rapidly? 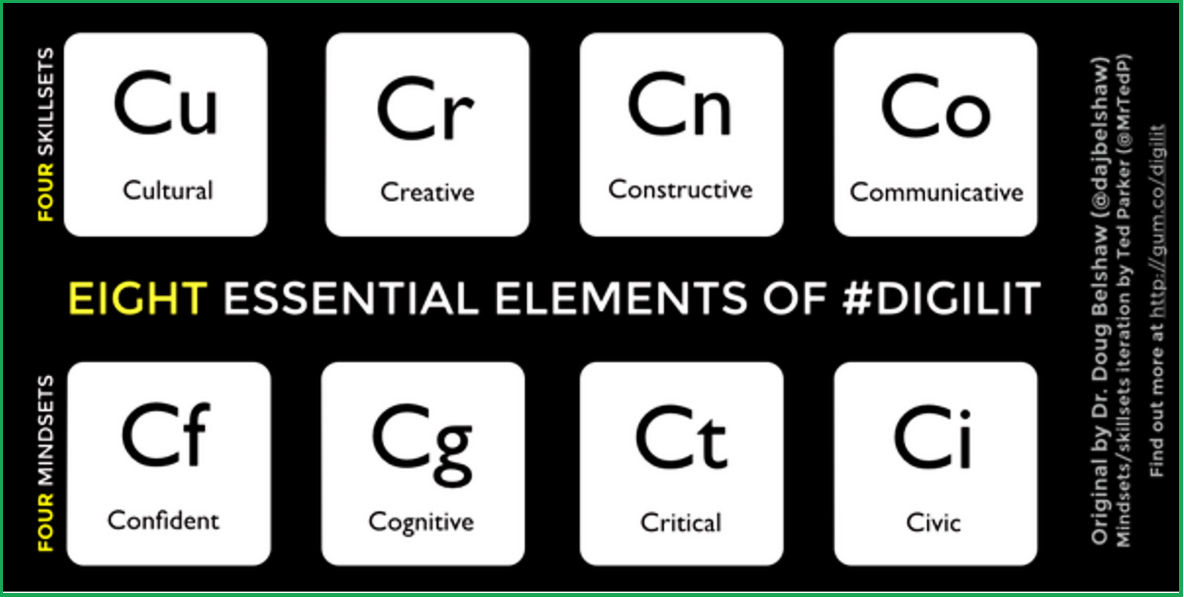 I think the answer is to join digital literacies with another deep interest of mine: Open Badges. Although Kathy Sierra is disapproving of mere badges given out like stickers, she explains how useful progression pathways such as martial arts belts can be. In other words, when we scaffold learning and recognise it in meaningful ways, Open Badges may very well be entirely appropriate credentials for Deliberate Practice.

Practising the same thing over and over again until you get it right can be a hugely liberating thing — and also prevents stress in truly high-stakes situation. It creates habits of mind that carry you through. In the video below, rugby legend Jonny Wilkinson explains how he practices very specific things until they’re almost automatic.

Deliberate Practice allows us to build up skills in ourselves and others so that they become the bedrock on which we can layer new ones. In this way, we can think of digital literacies as being composed of habits of mind.

How to get started 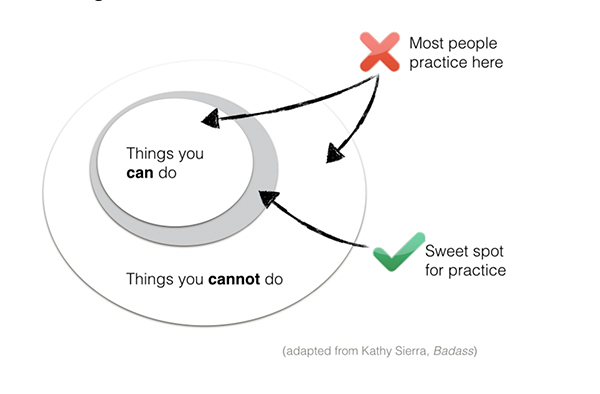 Perhaps the easiest and most straightforward place to get started around digital literacies is the ‘Communicative’ element. Social networking is becoming so embedded in our culture, yet the true skills that underpin digital communication are seldom taught. Instead of lecturing people on ways to stay safe online, how could we — as Kathy Sierra encourages — design practice exercises that will take a fine-grained task from unreliable to 95% reliability. Ideally, this should be within a single 45-90 minute session.

Much of digital literacies is contextual. As educators we need to be responsive not only to a cohort’s needs (age and stage) but also to the needs of the individual learner. That being said, I can can imagine some of the following being useful for absolute beginners:

Configure every social network you are part of so that your updates are completely private and viewable to no-one other than yourself.

Compose 20 tweets that all use exactly 140 characters.

Create 10 tweets using the same widely-used hashtag (e.g. #edchat) and engage with anyone who favourites, replies, or retweets you.

Again, it all depends on age and stage. I’ve just started with a new cohort of kids with my local primary school’s Computing Club. There’s not only already a huge variation in aptitude at the age of eight but also, legally speaking, they can’t sign up for some social networks until they reach a certain age. So be mindful that some Deliberate Practice may be hyper-contextual.

Deliberate Practice is more than practice done deliberately. It’s a way of operating in a zone whereby 95% proficiency can be achieved within a relatively short space of time by focusing in on more granular skills. These, in turn, produce habits — both in terms of muscle memory and habits of mind.

The specific details of what to focus on during sessions of Deliberate Practice may vary widely according to age and stage, but there are likely to be certain core activities that build skills across contexts.