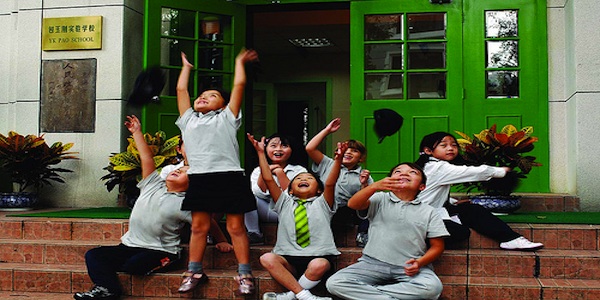 “From the standpoint of the child, the great waste in the school comes from his inability to utilize the experiences he gets outside the school in any complete and free way within the school itself; while, on the other hand, he is unable to apply in daily life what he is learning at school. That is the isolation of the school – its isolation from life. When the child gets into the schoolroom he has to put out of his mind a large part of the ideas, interests, and activities that predominate in his home and neighborhood.”

The radical idea, going back at least to John Dewey, that young people might be more engaged in learning if the object of learning had anything to do with the rest of their life, might be finding new life in a world of digital media.

Starting with a child’s interests, then orienting learning toward those interests is indeed an old conversation, Diana Rhoten points out, “but a conversation that’s been enlivened recently by two things: unprecedented technical infrastructure and new empirical evidence about learning. What we see in the kids we are working with is that they want an experience that means something to thempersonally. They want to be able to relate it to the context of their own lives or their own interests.”

Rhoten, director of the Knowledge Institutions program and the Digital Media and Learning project at the Social Science Research Council, is putting these ideas into action by using the city itself as a classroom, tying together mobile phone-based citizen science, activities in libraries, museums, and after-school programs into “a constellation of activities that fit together and feed into one another for learners.”

“We seek to connect every aspect of a student’s life to their school experience,” Rhoten told me, in a recent video interview.
Like her students, Rhoten is an activist as well as a scientist, a doer as well as a learner: she is also co-founder and managing director of an entrepreneurial effort, Startl, “a new social enterprise dedicated to supporting the innovation of effective, affordable, and accessible learning products.”

In our video interview, Rhoten details how the “constellation of activities” works in the Learning Networks Project in New York City. Mannahatta, the game, is a location aware iPhone app that enables students to envision the city as it existed before it was populated. The Urban biodiversity network is “a citizen science demonstration project that challenges middle school-aged kids to investigate, understand and report on the natural goings-on in their neighborhood—in short, to become more expert scientific observers of their local natural environment.”