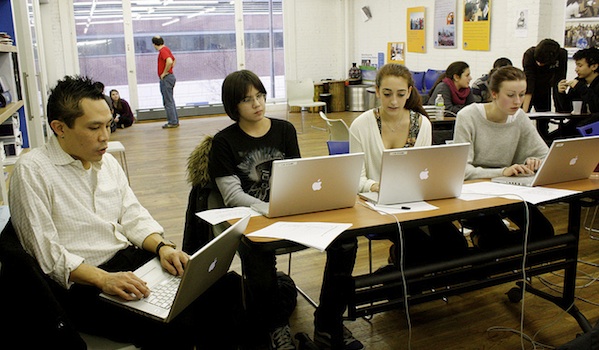 Global Kids points us to important new resources in the digital media and learning field each month.

“It’s how you play the game” (article): Followers of games and education are familiar with the opening last year in New York City of Quest to Learn (Q2L), the new 6-12 school. What is lesser known is the Ein Hayam Experimental School in Haifa, Israel, whose games-based pedagogy within this working class community of both Jews and Arabs is now five years old. While this past fall’s New York Times profile of Q2L highlights the high energy of the school, this excellent overview of Ein Hayam takes the opposite approach: “Everything was so calm, relaxed and focused − hardly the typical atmosphere of an Israeli school.” Devoid of the typical anti-game prejudice often found within U.S. press, this overview and interview with the school principal offers an excellent introduction.

More than a year ago, we read the early version of the report “Digital Media and Technology in Afterschool Programs, Libraries, and Museums,” written by the power-house team of Becky Herr-Stephenson, Diana Rhoten, Dan Perkel, and Christo Sims. For Global Kids, it played a key role in the development of our Edge Work framework to support digital media use within informal learning programs, specifically at museums and libraries. The report was invaluable, detailing the different ways the two approach the opportunities and challenges posed by digital media for learning. In addition, its review of the topic – which builds to conclusions about areas for future research – includes one of best historical overviews of how progressive education led in the 1990s to the “youth development” paradigm at the core today of Global Kids and so many of our colleagues in the after school field. Don’t read the rest of this blog entry – download and read the report instead.

Check out this 12-minute video on “Changing Education Paradigms,” by Sir Ken Robinson, author, speaker and international advisor on education in the arts. We referenced a similar video in a post last September, using the works of author Daniel Pink. Enjoy how Ken Robinson’s words are transformed by the power of illustrated video.

A new report analyzing U.S. Census Bureau data from 2001 and 2009 offers “one of the most authoritative looks at Internet adoption and the digital divide between people who have access to high-speed Internet and those who don’t.” Published by the Department of Commerce, one of the main findings focuses on describing the narrowing but persistent racial gaps in the digital divide, even when controlling for income: “When income and education are taken out of the equation, white people still are more likely than black people to have high-speed internet at home, by a factor of 10 percentage points. The gap between white and Hispanic homes is higher still – at 14 percentage points.” This coverage by CNN shares some of the findings and explores why these gaps remain. Understanding the cultural reasons for these gaps are important for us in our use of digital media to develop leadership skills with urban youth of color.

YOU ARE NOT A GADGET A Manifesto By Jaron Lanier (book)

The New York Times recently reviewed the latest book by Jaron Lanier, the provocative pioneer in the development of virtual reality, entitled You Are Not a Gadget. In the book, Lanier makes the case for “a new digital humanism” against the dominant “cybernetic totalism” ruling today. This review in The New York Times offers a helpful overview, calling the book “necessary reading for anyone interested in how the Web and the software we use every day are reshaping culture and the marketplace.”

ReadWriteWeb blogs that the state of Virginia is considering banning various kinds of online communications between teachers and students that aren’t part of the official school technology, i.e texting, Facebook, cell phones. This also includes “online gaming” and applies to outside vendors who provide instruction to students (i.e. Global Kids). For tech-enabled educators and youth development workers, we often use a variety of means to connect with our teens both in the classroom and outside of it. For some teens, playing with them in an online game or chatting in Second Life might be the most effective way for an educator to reach them rather than face-to-face. Those avenues might be cut off if Virginia’s proposed rules become the norm.