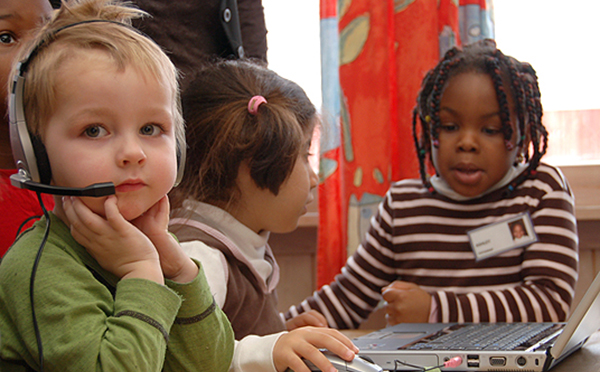 I was recently asked by Sally Pewhairangi whether I thought digital literacies could be taught as generic skills, out of any particular context, and whether they would then transfer. When I was asked this question, examples of cooking and learning languages were offered (citing chef Tim Ferris). For example, could we learn the rules of cooking, then apply them to different ingredients and cuisines? Does “content” matter that much?

There are three broad dimensions in my answer to this with respect to digital literacies being generic vs. context-specific:

My Ph.D. research was on critical thinking, so generic vs. context-specificity of cognitive skills is a question I grappled with for seven years!

A. Cognitive skills aren’t like physical skills.
Driving/cooking are probably much simpler cognitively than critical thinking and digital literacies. Language, to me, is a mystery because I haven’t studied it but, I know there’s loads of literature out there, and we know in general that kids learn language differently from adults and that people can learn a language by immersion rather than by any direct instruction in grammar or anything. It’s interesting that the term literacies is used with reference to language acquisition, and we use it in digital literacies. One common aspect of literacies which also came up in earlier conversations with Sally, was my belief that digital literacies could only be (really) learned socially, as with language. Doug Belshaw has made a similar point about literacies in general and digital literacies in specific.

In general, for cognitive skills, I believe it is possible to learn them via direct instruction, but I don’t think that’s necessarily the best pedagogical approach compared to immersion in context, with reflection. Which feeds into my next point.

B. What we know about transfer of learning in general.
I read, during my Ph.D. pursuit, that we learn to transfer best when we learn something in context, then learn to abstract and recontextualize in another context (see Perkins and Salomon and Bransford et al). So, while you could learn to drive a car, you can transfer some of that learning to driving a truck, adding some small differences; I assume the differences are much larger if you plan to drive an airplane or rocket. Similarly, with critical thinking, you learn it more fully in a particular context, and if you’re able to abstract some of it, you can recontextualize. For example: what counts as valid research differs from one discipline to another and, so, your critical thinking when reading research for a discipline different from your own won’t be 100 percent, but you can learn it more easily if you know something about evaluating research in another field, as opposed to if you didn’t know anything at all. Learning it out of context can be useful, but applying it to a specific context would require effort and specific knowledge of that context. I think digital literacies are similar. For example, you can learn to be digitally literate in how you use Twitter and Flickr, then transfer most of that to Instagram (as a form of social media that is visual) but it’s unlikely that any digital literacies you develop while working inside an LMS (Learning Management System) like Blackboard would benefit you when you want to blog on the open web.

C. In what ways are digital literacies generic/abstract and in what ways contextual?
This is the most complicated question to answer but, I am giving it a shot. So many contextual dimensions here. There’s the tool. There’s the culture of people you are interacting with on the tool. There’s the thing you are trying to do with the tool. Each of these nuances are important and I don’t think you can abstract the literacies involved if you learned them out of context. It would be like someone wrote in a Hypothes.is annotation of one of my articles, like learning traffic rules without sitting in a car: it wouldn’t prepare you to drive). So, for example, the skill (both technical and social) to facilitate an online conversation on Google hangouts is transferrable to different tools like Zoom or Skype. The skill to facilitate an intercultural conversation is transferable across similar cross-cultural groups and less so outside them. For me, Arab-Anglo is my personal expertise as a cultural hybrid. I wouldn’t know what to do with a German-Chinese group, for example. I could try, and might do better than a monocultural person, but not much. Compare that to my familiarity with UK/US culture, which makes it possible for me to dialogue with Australian/Canadian groups even though I have less direct experience with them. So, for example, in digital literacies, learning to think critically about identity, privacy, communication and advocacy in one social media tool (e.g. Twitter) may transfer well to another (e.g. Facebook). Use of Twitter for activism during Arab Spring and for #BlackLivesMatter may have similarities. None of these, though, directly improve one’s ability to produce complex multimedia with a specific message, as that’s a different literacy. You can combine them, of course, because that activist art/multimedia can support a Twitter campaign, but they’re also separable to an extent.

How do you teach/learn digital literacies? How much of this learning do you think is contextual and how much generic? Tell us in the comments below.