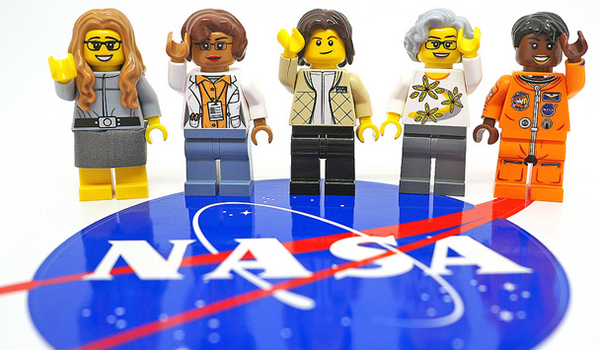 The 2017 NCES report “Women, Minorities, and Persons with Disabilities in Science and Engineering” notes that the participation of women, minorities, and persons with disabilities (WMPD) in science and engineering fields does not match their proportion of the population. For more than two decades, women have earned about half the bachelor’s degrees in science and engineering, although they overrepresented in some fields (70% of psychology degrees) and underrepresented in others (women are only 18% of computer science degree-holders). While the report provides many reasons to be optimistic, it also shows that we have some ways to go to achieve more equal representation. Despite the gains WMPD have made in both education and the workplace, members of all of these groups remain underrepresented in the workforce — white men, who are just below one third of the population, comprise half of the science and engineering workforce.

In its introduction, the report notes that it is intended to be merely data, and provides “no endorsement of or recommendations about policies or programs.” The clear implication is that equal representation of WMPD is important, but why?

One reason why is that there are significant prejudices against women, minorities, and persons with disabilities in the workplace, particularly science and engineering. For example, presented with these disparities, one might respond that “sometimes certain people of certain genders and ethnic backgrounds [are] better suited for some jobs than others” and, so, data like this should be expected. Although arguments suggesting that a person’s fitness for a position is related to their “ethnic background” have been thoroughly debunked, they seem to be growing in popularity again. The existence of such claims suggests there are still those who don’t think representation is important.

One reason representation is important is that science and engineering produce stuff — consumer technologies, medical devices and treatments — and this stuff is put in use for the entire population, not just one third of it. When there aren’t WMPD present to influence how stuff is made, problems can arise. Consider the case of the racist computer:

With humor and hyperbole, it shows the problems HP’s face-tracking technology encountered in detecting this African-American employee’s face. At the time, HP blamed the problem on how its algorithms handled “insufficient foreground lighting.”

Awkward euphemisms and moral arguments for the equal representation of women, minorities, and people with disabilities in both educational programs and the workforce aside, if you run a business and you want your products to meet the needs of the widest possible group of users, or if you simply don’t want your products to be ridiculed in snarky YouTube videos, then those consumers need to be represented on your engineering and development teams.

I know nothing about the development team that produced this HP face-tracking product, but, in general, if a company has African-Americans on their engineering, design, and product-testing teams, then it is much more likely that their products won’t completely fail when African-Americans try to use them.

Increasing diversity means increasing opportunities; one of the best ways to ensure that the products and services meet the needs of women, minorities, and people with disabilities is to make sure that individuals from these groups are part of the decision-making processes that produce them. And, that won’t happen unless the under-representation of those groups in science and engineering is addressed.