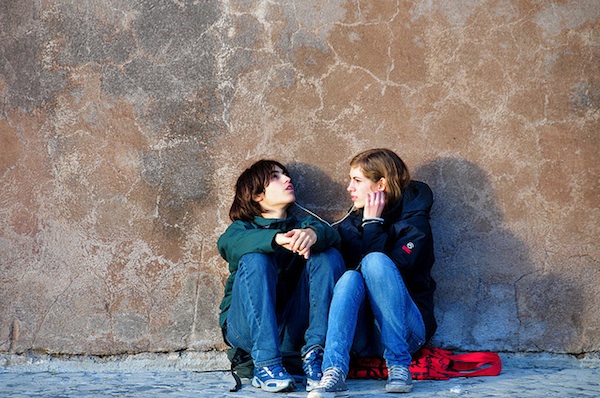 I was very excited by Anya Kamenetz’s book, DIY U, which I highly recommend, and her free ebook, The Edupunk’s Guide! I’m also very interested in what Anya is doing with P2PU and teaching people, helping people, learn to be self learners. Her work serves as a bridge between blended learning and peeragogy. I previously wrote about Shelly Terrell and personal learning networks. Kamenetz has introduced the idea of the ‘personal learning plan’ in the course she taught at P2PU. Here are a few highlights of our interview, but check out the whole video below:

Most learning goes on outside of school. Most learning goes on for personal reasons. What we’re talking about are methods of recognizing that, and enriching the opportunities for people to engage in that. The ultimate outcome is to have lots of people in powerful positions in their communities who have engaged in this kind of self learning and they see this being respected. It’d be great to see, say, a local politician, who’s a self taught person who’s very very immersed in community issues and is proud of saying that they have taught themselves.

It is part of peer learning that people will hold each other accountable within their learning plans.

I think that for self-learning, you really have to define the goal without knowing quite yet what that’s going to be like, or feel like, but what you really need to do is rely on a community. If you say, “I’m going to go out and ride a hundred mile bike tour,” the test of that in the end is whether or not you managed to be able complete the tour, right? So you’ve got to build in some kind of self assessment. Usually that’s going to involve other people’s opinion, other people’s perception, of how you’re achieving it.

It might be easier to think about examples of this where you really get involved in an interest, a shared interest, with someone. And you’re both asking each other questions, and challenging each other to come up with things, and maybe there’s some friendly competition in there. But it’s a really natural aspect to think of a lot of friendships that I’ve had in my life where you both have things that you’re curious about, and you argue and communicate and give each other tips or things to read and think about. This is a very dynamic structure for peer-based learning.

It’s something actually that is in a couple of different religions. In Tibetan Buddhist religion, there is a tradition of very intensive peer debates, which sometimes even looks violent. People jump up and down and sort of bang on the floor. And in Judaism there is a tradition of Hevruta, which means basically peer-based study. So two people get together on a weekly basis and they study a passage from the liturgy of the scriptures together, and it’s not an idea that one person has the answers and the other person is asking questions, but they’re both asking each other questions.