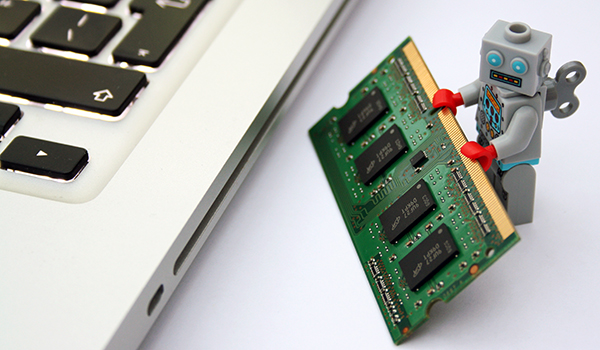 What do robots eat? Contemporary digital data analytics systems feed on a diet of data produced through human activity. Through this feeding, robotic machines receive the informational nutrition required for their own development: to become smarter, more aware of their environment, more responsive and adaptive in their interactions with people. By eating human data, robots are learning.

The claim that we now live in a consumer society has become commonplace in academic research. People have become voracious consumers, but also, through their participation in social media environments, present themselves as desirable commodities for the consumption of others. At the same time, it is increasingly argued that contemporary societies are becoming more automated and accelerated as robotic devices augment many aspects of work, space and everyday life.

In smart cities, for example, urban spaces are set to become more automated as networks of sensors and data analytics continually gather data about systems and movements of people and objects to become more “sentient.” These sentient cities are structured and supported “line by line, algorithm by algorithm, program by program,” “by code using data as fuel” as Nigel Thrift has argued. In education, the “robotic algorithms” of learning analytics and adaptive learning software are also beginning to play a greater role in automating aspects of the pedagogic process, as the authors of Learning with Big Data argue, through accessing spreadsheets of learner data and making probabilistic predictions in order to automate decisions about pedagogical intervention in a few milliseconds.

In these examples, we can see how robotic devices such as data-processing algorithms and analytics play a key role and how they require dietary sustenance to function — “fuel” as indicated above, or better perhaps, “food.” So, if we are indeed living in a consumer society, it is one in which robots and not just humans have a voracious appetite. The question of what robots eat is deliberately playful. But, the underlying issue is a significant one, presciently dramatized in MT Anderson’s 2002 novel “Feed,” in which a colossal “feednet” system constantly feeds on users’ data, whilst also feeding them information to control their behaviour. If robots eat data in an emerging “robo-consumer society,” then what are the ingredients of the data?

I have been working recently on a project involving health scientists, an anthropologist and a robotician to develop a prototype device for the collection of dietary and nutritional information from children. The device consists of a couple of technical elements: a wearable smartwatch and a portable robotic toy. As children go about their day-to-day activities, the smartwatch device encourages them to monitor and track what they eat and drink. Later, when the smartwatch is brought into proximity with the robotic toy, it then “feeds” the robot all of the data it has collected on the user’s dietary habits and nutritional intake that day. The robot is then intended to respond to the user’s input by playing with them. Future iterations of the device could also monitor children’s physical activity; specific algorithms could be designed to work out the optimal balance of calorific intake with physical movement and exertion. There is much in it that resonates with the “quantified self” health-tracking movement, and particularly with how such devices are being mobilized for the algorithmic tracking of children’s physical exercise and for encouraging healthy lifestyles.

While designing the device, we’ve been considering the ways in which children interact with “virtual pets,” often by feeding and nurturing them to ensure their well-being. Building on similar principles for the big data context, as our little health robot is fed data, it is designed to gradually develop a series of increasingly complex interactions with the user. Though presently no more than a set of lashed up prototypes, the ultimate aim of a bigger project might be to create an automated “robotic health assistant” that can learn about the user’s dietary and physical habits, interact with the user, and even intervene to reshape those health-making routines. Such a device makes it clear that the ingredients of the data that robots consume are actually the digital bits left by human action. The educational questions here concern the ways in which devices can be designed to learn about children’s health in order to support children themselves to learn about their own healthiness, or even to act pedagogically to teach children about healthy activities and lifestyles.

What interests me more here is the possibility of exploring the connections between what we feed into our bodies as human beings and how that might then be translated into data that we can feed to robots. As researchers involved in the Eating Bodies project such as Annmarie Mol have suggested, the way we eat is largely governed by questions about what we should eat, in terms of calories or pleasure, and how much to eat, in terms of nutrients and satiety. What we eat can even be understood as incorporated into our bodies to become part of ourselves. Robotic health assistants could play a major role in governing how and what we eat, and what we ultimately make of our own eating bodies as a consequence.

The sociologist Deborah Lupton has drawn on this work to suggest that in the social media context people are now “eating data“: both data-ingesting and data-emitting in an endless cycle of generating data, bringing the data into the self, generating yet more data. Data are absorbed into the body/self and then become new data that flow out of the body/self into the digital data economy. The data-eating/emitting subject, therefore, is not closed off but is open to taking in and letting out digital data.

In this view, as people go about their everyday social mediated lives, they are constantly feeding on a diet of data provided by the platforms they use; these data, like the food people absorb into their bodies, become part of the ways they live their lives, and inform their subsequent production of more data in the shape of profile updates, content creation, tweets, likes, recommendations and so on. The potential digestive metaphors available here can get quite disgusting: the education technology researcher Cormac O’Keeffe has suggested we leave “digital droppings” for others to pick up; studying the coprophagic tendencies of digital data systems might be illuminating.

At the same time, an equally intriguing issue might be about what robots eat, how much of it they eat, how it becomes incorporated into their own “bodies,” and how they too scatter data droppings behind them. We could think here about how robotic algorithms, such as those emerging from the field of machine learning or even cognitive computing, are able to turn digital data into the kind of artificial nutrition required for their own development and learning. Machine learning algorithms already fundamentally need to be “taught” by being trained on a corpus of available data before they can go to work “in the wild,” where they can then further learn through constant interaction with the data they encounter. Metaphorically at least, these hungry algorithms need to be fed in order to thrive.

Likewise, the robotic health assistant described above needs to be fed on a diet of data that is captured in real-time from its user, and that could then use that data-diet to learn about the user’s own bodily habits in order to encourage the user  to consider any necessary dietary adjustments. In a way, this is about the data-hungry algorithm devouring and digesting the digital diet prepared for it by human activity, and then using the intelligence incorporated into the “body” of the algorithm itself to reshape the body techniques of its user. There are links between the digestive trails left by eating bodies and the dietary habits of eating robots to consider that could be useful for understanding digitally mediated learning in the big data context. As human bodies ingest and emit data, robots pick up their droppings and scrape out the remaining nutrient traces to digest them into their own adaptive learning processes.

The robotic health assistant project is just one instantiation here of the growing recognition of the productive power of algorithm systems to interact with and reshape humanly embodied actions and routines. Contemporary consumer societies are characterized not just by patterns of human consumption, including people eating data, but by the ways that the robotic algorithms of digital data systems are now being designed as consumers of human data. Additionally, in the same way that contemporary consumers are also encouraged to become producers of digital content — by uploading social media content, updating profiles, liking and commenting and so on — our robots are also deeply productive machines. They, like us, are “prosumers” or “produsers” who both consume and produce media, ingest and emit data. The figure of the prosumer or produser is at the very core of much work in digital media and learning — the learner as active and participatory producer of media content — but the spiral loops of data consumption and data excretion among both people and robots in the digitally-mediated learning process less closely inspected.

If, as consumer culture theorists claim, we now present ourselves as commoditized products to be consumed, it’s not just for the consumption of other people but for consumption by robots. In relation to food consumption specifically, we even present our “eating bodies” in relation to algorithmic standards structured into health-tracking devices to which we feed our data and that can then feed us information about how to look after our bodies. As automated dietary assistants and health devices become more widespread, the boundary between practices of producing food to feed ourselves and practices of producing data to feed robots could become more blurry, with robots increasingly responsible for producing the data required to educate us to produce the food that will optimize our nutrition, pleasure and satiety as consumers.

More widely, if people are increasingly consuming and producing content, eating and emitting data in a kind of “robo-produser” society, then it may be useful to consider the reciprocal learning that occurs in this process. As we learn through interacting with data-based web platforms — whether by searching, content-creation, communication, sharing or so on — we need to be aware of the robotic algorithms that we are feeding, and that are eating our data in order to learn from us, about us, or even for us.