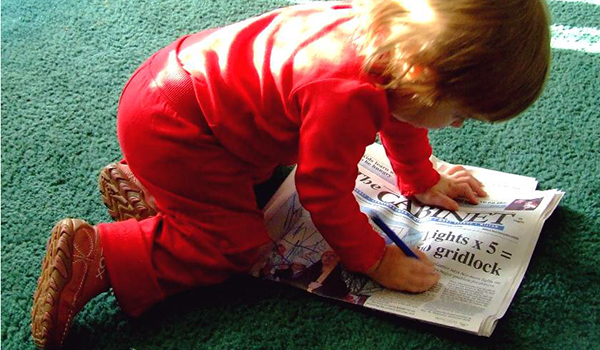 This headline may sound shocking, but I truly understand the urgent need to develop digital literacies in response to the fake news phenomenon. But, let me tell you, I live in Egypt, where “fake” news has been the norm for years. Orwell’s got nothing on us.

A couple weeks ago, I tweeted this (and this post expands on that):

Everyone's all about the fake news (which is important to tackle critically) but who's talking about preparing youth for the REAL news?

I agree with Kris Shaffer, Mike Caulfield, Lee Skallerup Bessette and others on the importance of promoting digital literacies so college students and all of us can detect fake news and combat it. The problem isn’t the fake news itself, as much as the historical consciousness that allows so many to willingly believe it with no skepticism. Moreover, the real news, the one that has fewer lies and less deceit/spin on it, is also difficult to handle and often implies a lot about our fellow (world) citizens that we aren’t prepared to respond to. Addressing fake news seems to me to be a technical solution to a symptom, but does not necessarily address the root causes in a holistic manner.

Britni Brown O’Donnell wrote what I have been wanting to write for awhile. She brought up the important question of ontological and epistemological assumptions behind the term Post-truth:

“Because if you believe in Truth or truth matters and changes how you come to understand and conceive of the world” (where capitalizing the T in Truth implies one Truth, and lowercase t in truth implies multiple possible truths).

Britni comes to a conclusion that much of the discourse around post-truth carries assumptions that “subjective–personal–information is not fact but rather something not True. You come to know from the authority, not through your interpretation.”

Moreover, she explains her own beliefs (similar to mine):

What is true is contextual, situated in certain experiences and supported by evidence. There is a truth, but no way to be post-truth, because there [is] no indisputable objective information.

There are, of course, instances of blatant non-truth. For example, if a news source says X was in location Z at a certain time, but X was actually at location Y. But, much fakeness builds on smoke (where there is fire, but the fakers pile on layers of biased interpretation and sensationalism). What Britni is describing is not “anything goes” relativism, but a recognition that the same “fact” is interpreted differently depending on your values and worldview.

As someone who did my Ph.D. on the development of critical thinking, and who does some work on citizenship (e.g. my digital citizenship DML article), I could take a lot of angles in responding to this, but my main arguments are:

This is the first post of several where I plan to unpack these ideas. I have spoken to Mike Caulfield about how I believe the digital polarization project he is leading could (and in my opinion should) involve an intercultural learning element beyond the dealing with fake news. I also hope to respond to the recent blog by Nishant Shah on care and the teacher’s role. In the meantime, I invite you to check out Bonnie Stewart’s call for collective action here.