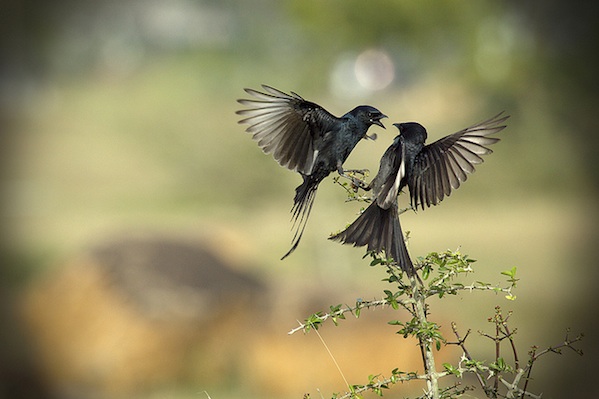 I first read about the idea of Open Badges back in the middle of last year. It excited me. One thing I’ve always been interested in is how to shift the power dynamic within classrooms towards learners in a positive way. Changing (or at least providing additional) ways for students to demonstrate their knowledge, skills and understanding is one way to do that.

Using Mozilla’s Open Badges infrastructure, any organization or community can issue badges backed by their own seal of approval. Learners and users can then collect badges from different sources and display them across the web—on their resume, web site, social networking profiles, job sites or just about anywhere. (OpenBadges.org)

In a previous post on DMLcentral I tried to reframe the debate around badges by showing that we do, in fact, have a problem with assessment — and education more generally. The trouble is that people fall into the trap of becoming either advocates or naysayers from a very early point. We all like to have a ‘position’ on major developments in our field, so it’s a brave soul who is willing to suspend judgement:

“I worried that we were moving reward stickers and gold stars online, and I wasn’t impressed with how well those worked in the face-to-face classrooms. But as I realized how ignorant I am of explanations of what and how people are motivated, I thought it was worth keeping an open mind about.” (Andrea Zellner)

In other words, Andrea was willing to suspend her initial skepticism and, as an educator, discuss the potential of badges with others, and think through the (somewhat nuanced) issues involved.

Getting Practical (and Visual)

To my mind the idea of badges showed promise from the start, with the rough-and-ready P2PU School of Webcraft Badges Pilot in 2011 enough to demonstrate that peer-to-peer badges could be used to allow students to validate each others’ learning. Since then there’s been some great ideas for using badges for lifelong learning — not least those submitted as part of the DML Competition earlier this year.

As fantastic as some of the discussion and debate about badges has been, I do like visuals and the practical implementation of ideas. One of the best diagrams I’ve come across for visualizing the ways in which badges can be used in practice is the one below from the Chicago Digital Youth Network (DYN) in partnership with Doblin: 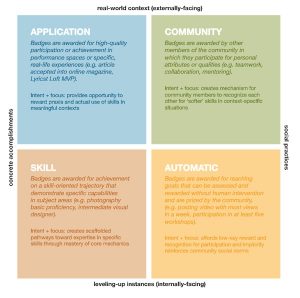 What I like about this diagram is that it recognizes that a wide variety of badges can and will be awarded using Mozilla’s Open Badges Infrastructure (OBI). Gaining different badges for different types of activity allows for a much more holistic view of individuals than the traditional forms of assessment we’ve inherited as a legacy from previous centuries.

Interestingly, what DYN and Doblin did was to look at ways in which they could use Mozilla’s OBI to credentialize journeys that their learners had already undertaken. 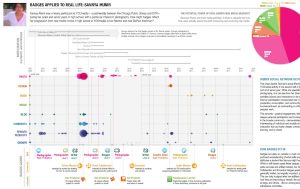 After working out how Sannya, the real-life student in this example, could have earned badges during her time with DYN, they approached her with the results. She gave them feedback as to which badges would have been meaningful to her and which she would have chosen to display in her Badge Backpack at any given time.

The Importance of Context

What impressed me about this example was the thoughtful way in which badges had been applied to an existing context. Unlike traditional assessment, there is no one-size-fits all model here. Using badges to capture the learning journey and credentialize meaningful knowledge, skills and understanding requires a deep understanding of the context in which it took place.

Applying badges to existing learning and teaching scenarios is relatively unproblematic. The issues, and division lines, come when we start talking in hypotheticals about badge-based ecosystems of the future. There have been some critics of badges who have been concerned about it replicating (or magnifying) existing power inequalities, some who have worried about the potential commodification of informal learning it could represent, and some who have equated badges with mere ‘gamification’.

My response to this is best summed up by Alex Halavais who is actually rolling up his sleeves and getting his hands dirty implementing Mozilla’s OBI. In one of my favorite posts on badges, he reflects on his experiences and the arguments of others, stating:

I have no doubt that badges, badly applied, are dangerous. But so are table saws and genetic engineering. The question is whether they can also be used to positive ends. (Alex Halavais)

As Donald Rumsfeld famously pointed out, there are ‘known knowns’ and ‘known unknowns’. I believe badges fall into the latter camp. We simply don’t know how people will use Mozilla’s OBI to credentialize learning. It’s a world that would have different gatekeepers. It’s a world where learners get to choose to display different facets through profiles in various places. It’s an ecosystem where anybody and everybody can set up a system that has the evidence for the achievement baked right in.

If Open Badges were an initiative being forced through by a government department or even, in fact, a for-profit organization, the fruitful discussion and debate we have witnessed so far would all be for naught. There would be a goal, an end point to work towards that marked the end of the project which would be implemented no matter what. As far as I understand it, that’s not the approach that the MacArthur Foundation, HASTAC, and Mozilla (the main backers of Open Badges) are taking here.

Instead, we have an Open Source technical framework upon which an emergent ecosystem is developing. Requirements from both formal and informal learning are being considered; money has been provided to both research and implement badge frameworks; high-profile names are being recruited to back the system to drive adoption. And all of this is voluntary. There is no big stick with which people are being beaten.

Where will Open Badges end up? What will the landscape look like in a couple of years? Five years? Ten? Badges could be everywhere. Or they could go nowhere and sink without a trace. Alternatively, badges could be useful in particular situations and scenarios. The thing is that we don’t need to decide the outcome and ‘choose a side’ on this one. We can choose, if we wish, to suspend judgement and explore.