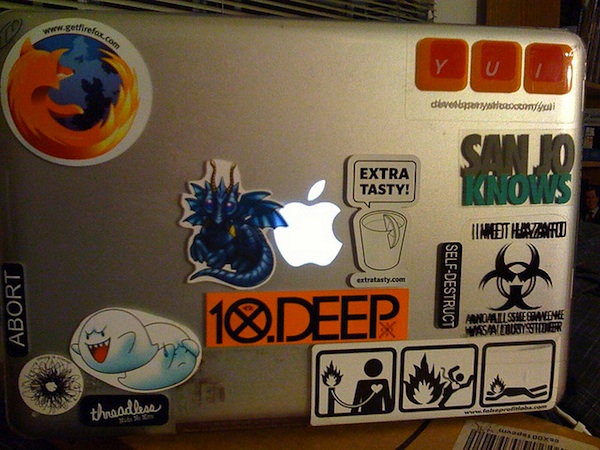 At a time when so many teachers and administrators fear and forbid student access to the internet from school, a high school teacher on the California coast is encouraging students by the hundreds to blog, Skype, gamify, and mindmap collaboratively in public. Problems? Zero. Enthusiasm — I can personally testify as one of the people Dr. Preston invited to videoconference with his students — blows the roof off. Preston’s students are enthusiastic about the texts, the ideas, the possibility of reaching out to the authors of those texts and inviting them into the class, and the power and responsibility of co-designing their own learning. They launch “learner ventures,” learning about “entrepreneurial learning.” They are involved in micro-finance in Africa. They sat in as one of the “fishbowl” respondents in a Connected Learning videoconference.

I first learned of David Preston when his presentation on “open source education” was one of the winners of The Institute for the Future’s “California Dreams” contest. Subsequently, he’s been one of the “co-learners” in a couple of my Rheingold University courses, a volunteer editor of the Peeragogy Handbook, and I’ve videoconferenced with his students on more than one occasion.

My video interview (below) with Preston and two of his students runs a little longer than most of my interviews, but they had a lot of describing to do when I asked them what “hacking the curriculum” meant in practice. Preston and several of his classes have created nearly 100 blogs, all of them publicly accessible. They crowdsourced research to collaboratively produce a mindmap of author William Gibson’s interview in The Paris Review. Because they were interested in remix culture and issues, author/blogger Roy Christopher joined the class for a videoconference. After reading an essay on Hamlet, the professor who wrote the essay joined them in a blog comment conversation. Challenged to come up with a rubric for peer-assessing collaborative work, the students collaboratively created a game around collaborative projects. They remixed the curriculum as a mindmap. Watch the video interview to hear directly from Preston and his students and see examples of their work in various media. And send a link to this blog post to your high school principal when fear of the internet rears its head.