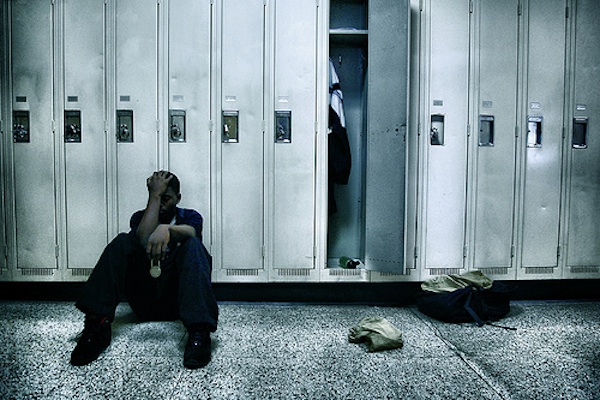 Questions-and-answers have played a central role in digital bonding since the early days of Usenet.  Teenagers have consistently co-opted quizzes and surveys and personality tests to talk about themselves with those around them.  They’ve hosted guest books and posted bulletins to create spaces for questions and answers.  But when teens started adopting Formspring.me this winter, a darker side of this practice emerged.  While teens have always asked each other crass and mean-spirited questions, this has become so pervasive on Formspring so as to define what participation there means.  More startlingly, teens are answering self-humiliating questions and posting their answers to a publicly visible page that is commonly associated with their real name.  Why?  What’s going on?

When I first got online in high school, I found email chain messages entertaining.  I fondly remember receiving surveys about my friends’ favorite movies, most embarrassing moments, and food peculiarities. The task was to erase the content written by my friend, fill in my own content, send it to my friend and forward it to 10 more friends.  With every new genre of social media, surveys and quizzes keep coming back as popular ways to get to know the people around you. Some of the basics have gotten baked into the average profile, especially favorites that can help guide behavioral marketing.

Most quizzes and surveys and personality tests and other similar activities are pretty mundane.  Coke or Pepsi?  Which Star Wars character are you?  Etc.  But there have always been more risque versions of this.  I will never forget the first time I encountered the Purity Test and was absolutely horrified at the mere notion of having sex with someone who was dead.  I remember questionnaires meant to reveal crushes and illicit practices.  (Of course, only recently, it was popular among my 30-something peers to fill out Facebook surveys listing high school crushes and illegal acts committed during childhood…)

There’s something fascinating to people of all ages about answering questions about themselves.  I rely on this human tendency when I interview people about themselves. In such a role, I’m also acutely aware of the power that I have.  I can ask people very intimate or emotionally damaging questions and, most likely, they will answer my questions.  But, as a researcher, I have an ethical responsibility to be conscious of what I ask and how it will affect someone.  This is not the same logic that teenagers use when asking their peers questions.  And this is precisely why words may be as deadly as sticks and stones.

Formspring.me is a very simple question-answer service that launched in November 2009.  Create an account and you’ll get a public profile where questions you answer are posted in reverse chronological order.  Anyone can ask questions of anyone else – anonymously or attached to their name/account.  (Recently, the site has started allowing participants to mandate that questioners are logged in.)  Participants receive the questions in their inbox and can choose what to answer.  It’s a straightforward service and you can think of all sorts of reasonable uses for it.  An expert can answer questions about a subject matter.  A celebrity can answer questions about themselves.  A company can answer questions from the public.  This service was created by Formstack, a company dedicated to creating extensible online forms, like surveys, contact forms, event registrations, etc.  So a question-answer service was a natural extension.  To popularize Formspring.me, they hooked it up to Facebook so that participants could spread new answers to, and invite questions from, their network.

Somewhere along the line, teenagers found Formspring.  I’m not quite sure how this happened but the service has taken off like wildfire among the teen and tween set.  And so I’ve been lurking about trying to make sense of it.  A good chunk of it is relatively mundane and I’ve found all sorts of teen profiles with questions like “What is the best pop?” and “What’s the furthest you’ve ever traveled?”  Some of what is posted is nonsensical or not written as a question with “hi” and “…” being examples.  These questions and non-questions are sometimes posted anonymously, but often, there’s a username attached to them and clearly the participants know each other and are using it as a conversational medium or a place to get to know each other better.

Social banter isn’t what makes Formspring particularly interesting or controversial.  There are also plenty of anonymous sexual innuendos like “you’re cute” or “will you go out with me” questions, followed by “who is this?” as the answer.  There are also many more explicit versions of this, with some bordering on sexual harassment.  There are also anonymous posts that ring of bullying or harassment, from the relatively painless “you’re fat” to the more crass “fuck you slut.”  Finally, there are the ones that invite the participant to talk about a third party, often by full name (e.g., “don’t you hate Kristen?”).  Now, keep in mind that only questions that are answered are posted and participants have a choice in what they decide to answer.  So when you see crass questions followed by answers, the participant chose to answer the question and post it.  I don’t even want to imagine the questions that they receive and don’t answer…

Many questions need to be raised about this medium.  Who are the authors of these messages?  Why are teens answering them?  And why are such crass questions common across the Formsprings of teens from extremely different backgrounds and locations? While I cannot answer these questions, I feel the need to share my observations.

It seems like teen girls are much more likely than boys to be maintaining Formspring profiles.  Some of the mean-spirited anonymous questions appear to come from girls, but many also appear to come from boys.  The questions are usually short and poorly written; the answers are equally short and poorly written.  (Compare this to the adults using Formspring who write grammatically sound questions and respond with mini-essays.)  The answers that girls give to crass questions are usually written in a standoffish manner.

A: “Gross on the first part.  Sanks on the second part I think?”

Some of the answers to anonymous questions also suggest that the respondent knows who wrote the question and, in my initial conversations, I found that many teens think that they know generally who is asking them questions.

So here’s my hypothesis…Teen girls engaged in responding to crass questions are using Formspring to prove that they’re tough to their peers.  Teen boys and girls are throwing curve balls at their peers to see how much they can handle, primarily using mean-spirited and sexualized language.  While staying tough is clearly part of the game, it’s also clear from my informants that the harassment is playing a psychological toll.  I’ve talked to numerous parents who are shocked by how their children’s peers are using this site and in most cases, knowledgeable parents demand that their children delete their profiles at once.  One parent told me the story of her daughter’s friend who didn’t want to take her profile down because it would “look weak.”  This girl and her mother got into a huge fight over Formspring because the girl didn’t want to let on that she cared about what people were saying about her on the site.  I can’t help but think about my own teen years and my attempts to look unfazed by swirling rumors while throwing up in the bathroom when no one was looking.

Formspring was not designed as a place for harassment, but some teens have clearly leveraged it to do precisely that, while others are using it to continue the long history of quizzes and surveys.  Why the different practices?  I’m not at all surprised that semi-anonymity results in people asking crass questions, but why are teens responding publicly for all of their peers to see?  What is it about today’s cultural dynamics that encourages teens to not only act tough when they’re attacked but to actively share the attacks of others as a marker of toughness pride?  And what is it about the way we’ve raised our children that makes it acceptable to actively humiliate and provoke?  Most likely, these two are interrelated.  While I’m sure that there are teens who are solely the object of cruel questioning, I strongly suspect that many respondents are also questioners.  Bullying is often cyclical and follows a pattern of escalation; I doubt that what we’re seeing on Formspring is much different.  How has the ethos of “suck it up, kid” and “fight back” become so commonplace amongst our youth while parents purportedly want to curtail bullying?

As I observe what’s unfolding on Formspring and begin talking to those enmeshed in it, I have more questions than answers.  But given how fast this phenomenon is taking off, I believe that we must start thinking through the implications sooner rather than later.

(Thank you to those parents out there who have pushed me to address this topic).