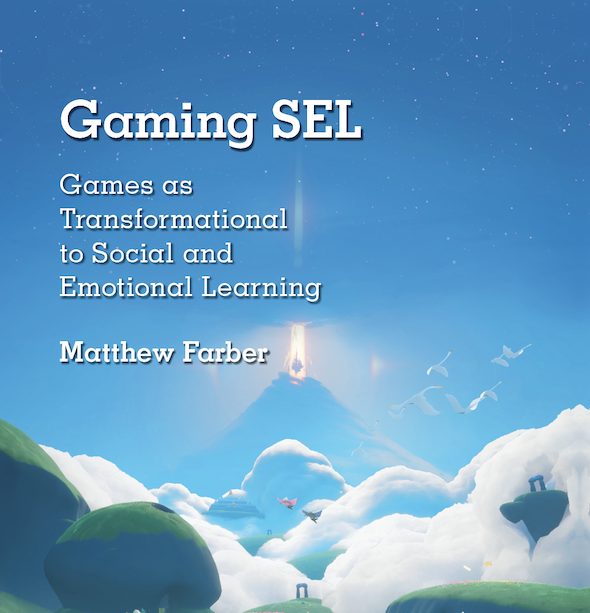 In the book, How Games Move Us: Emotion by Design, scholar Katherine Isbister observed that because of player agency, “games have an additional palette of social emotions at their disposal.” Suppose a student reads Victor Hugo’s classic Les Misérables. Through a process known as theory of mind, readers may empathize with protagonist Jean Valjean and his situation as he steals a loaf of bread to feed his starving family. Comparatively, in Life Is Strange 2, players encounter a similar ethical dilemma: two brothers on the run need food to survive and must decide whether to shoplift from a convenience store. Emotions resonate differently when players are in control; feelings of regret, shame, or guilt may be experienced.

In my new book, Gaming SEL: Games as Transformational to Social and Emotional Learning, I explored how games can be safe practice spaces for cultivating social and emotional learning (SEL) skills. One approach I found was when teachers use video games as paired texts with books. Playing a bit of Life Is Strange 2 can bring meaning to struggling readers. When played in front of the whole class, on a projector, the game is used as an interactive and multimodal text. After playing, teachers can pose an ethical question to students: “Would you steal food to feed your family?” Unpacking game experiences and making connections to situations in books can take place in student-led literature circles, as well.

Mapping Games to the CASEL Framework

The Collaborative for Academic, Social, and Emotional Learning (CASEL) defines SEL as the process of how youth “acquire and apply the knowledge, skills, and attitudes to develop healthy identities, manage emotions and achieve personal and collective goals, feel and show empathy for others, establish and maintain supportive relationships, and make responsible and caring decisions.” Games can also engage players with thought experiments on ethics. A classroom-friendly example is Quandary, from the Learning Games Network. In this game, players consider different perspectives as they face societal dilemmas that do not have concrete solutions.

When youth make games, perspective-taking may also be cultivated. Pickle’s Quest for Happiness, a youth-designed game made using Scratch for the Games for Change Student Challenge, has players role-play as an emotional support animal who helps a human companion. Designing an experience for someone else to play infuses perspective-taking throughout the process. First, the student researches the importance of human-animal bonds. Then, the life and point-of-view of the support animal is imagined. Empathy for the game player’s experience is further layered on the design.

Multiplayer games can also embed opportunities for SEL. Of note is Sky: Children of the Light, a game with mechanics encouraging positive reciprocity through social play. Gameplay involves completing tasks as players explore a sublime virtual environment. As they progress, they are rewarded with candles and hearts. Different from many other games where players themselves use collected rewards, in Sky, a goal is to give gifts to other players, helping strangers along their journeys. Similarly, in Kind Words (lo fi chill beats to write to), players send and receive notes of gratitude, kindness, and encouragement online. Like in Sky, the objective is altruism, helping others through positive online exchanges.

Emerging esports research also suggests that social and emotional skill-building can also manifest in competitive team-based gaming. In particular, player perceptions around tilt connect to resilience and growth mindsets in SEL frameworks, such as CASEL’s.

My work with the UNESCO Mahatma Gandhi Institute of Education for Peace and Sustainable Development (MGIEP) is informed on human flourishing as a goal for education systems. Defined in a recent UNESCO MGIEP report:

“Human flourishing is both the optimal continuing development of human beings’ potentials and living well as a human being, which means being engaged in relationships and activities that are meaningful, i.e. aligned with both their own values and humanistic values, in a way that is satisfying to them. Flourishing is conditional on the contribution of individuals and requires an enabling environment.”

Human flourishing considers aspects of self-determination theory: competence, autonomy, and relatedness, which are also components of good video games. For instance, in Mario Kart 8 Deluxe, question blocks serve to boost players who fall behind. The game engenders autonomy through player choice and agency in the experience. Relatedness comes from playing with others in the same room, online, or with virtual characters from Nintendo’s cartoonish universe. Mario Kart players likely understand this system, as they harness player agency to collide into question blocks. Behavioral psychologists refer to games and other media, as well as any positive activity (e.g., hiking, yoga, gardening) that engenders self-esteem as a mood repair strategy. Children can be made aware of why they play games as an approach for developing emotional intelligence, putting them on a trajectory toward human flourishing.

Modern video games offer more than purely escapist or hedonic experiences. Some narrative games confront players with uncomfortable emotions, such as loss, grief, fear, or despair. Media psychologists theorize that we engage with these forms of media (scary movies, games about sickness or dying) because it is part of the human condition, issues we know we might all eventually face.

Video games are a safe practice space to play with uncomfortable emotions, free from actualized consequences. For example, in What Remains of Edith Finch, players explore and uncover the effects of intergenerational family trauma. Another example is Lost Words: Beyond the Page. Written by Rhianna Pratchett, players experience two stories: one mapped to stages of grief, and the other a hero’s journey fighting dragons in the land of Estoria. Research suggests that as players work toward resolution, difficult emotions can feel cathartically purged. As a result, players can feel a sense of psychological growth and well-being.

With UNESCO MGIEP, we studied the effects of playing Bury me, my Love, an interactive fiction game about Syrian refugee migration. ​Participants were recruited from five schools in Dubai, UAE and New Delhi, India. ​Students played the game and engaged in a curriculum created to support it. In the lessons, students reflected on gameplay. They were also asked SEL-related questions, including identifying characters’ emotional states. Another curricular prompt asked students to step into characters’ shoes by providing additional game dialogue. As hypothesized, a positive correlation was revealed between empathy and compassion. More specifically, we found changes in compassion for others to be correlated with cognitive empathy.

Compassion is empathy in action, and action is what games do best. With thoughtful guidance from educators and caregivers, games can help youth experientially develop SEL skills. To learn more, check out this recent Common Sense Education webinar I led, Gaming for Good: How Games Can Support Social-Emotional Learning. More ideas are in my new book and in Rethinking Learning: A Review of Social and Emotional Learning for Education Systems, a UNESCO MGIEP report I co-authored, available as a free download. 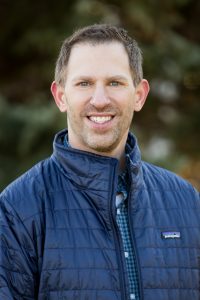 Matthew Farber, Ed.D. is an associate professor of educational technology at the University of Northern Colorado, where he also co-directs the Gaming SEL Lab. He has been invited to the White House, writes for Edutopia, has authored several books and papers, and frequently collaborates with UNESCO MGIEP, the iThrive Games Foundation, and Games for Change. His latest book is Gaming SEL: Games as Transformational to Social and Emotional Learning. 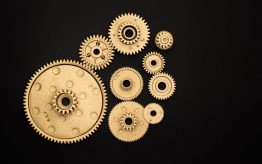 August 29, 2022 The Grind: My Teen Experience of LGBTQ+ Misrepresentation Within Social Media