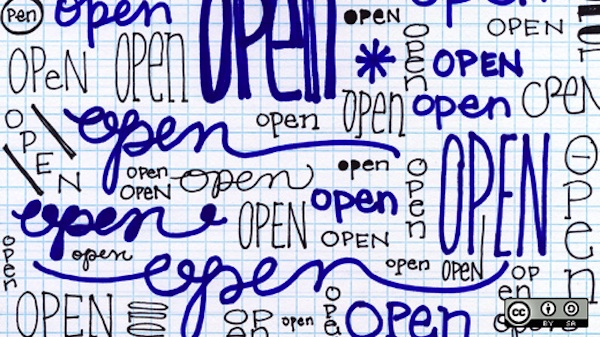 I have spent the last month being unpopular. I have been in conversation with many ‘Open Everything’ activists and practitioners. At each instance, we got stuck because I insisted that we begin by defining what ‘Open’ means in the easy abuse that it is subject to. It has been a difficult, if slightly tedious exercise, because not only was there a lack of consensus around what constitutes openness, but also a collective confusion about what we mean when we attribute openness to an object, a process or to people. It was easy to define openness as opposed to a closed system – attributes of transparency, ownership, collaboration and a multidirectional panopticon were invoked in trying to understand the form, function and role of openness. However, it was quickly clear that even with people who are on the same side of the battle-lines around openness, there is a disjunction in their imagination of what an Open Society can mean. Hence, the ‘Open’ in ‘Open Government’ for instance, had very little cross-over with the ‘Open’ in ‘Open Education’. Apart from the larger infrastructure industry that supports the various implementations of Open systems ranging from participatory governments to Digital Humanities, there seems to be silos of openness that co-exist but do not converse.

One of the ways of doing away with the cultures of ambiguity that seem to have developed around Openness, where it is the object of inquiry, the process through which inquiries are made, the lens of critique and the aspiration of movements, perhaps need to be unpacked. And one of the ways of doing this would be to shift the focus from Open as an adjective to Open as a verb – to focus not on what it is, but what it works towards. This shift in thinking of Open as a verb, allows to produce a political critique of the Open paradigm, which is otherwise often missed out in the self-avowed goodness of Open movements.

This is probably a good space for me to declare that I am not an Openness dis-evangelist. I appreciate, endorse and celebrate the values of collaboration, engagement, participation, access and empowerment that Open movements work with and indeed belong to quite a handful of them. However, I do want to move away from the Open as self-explanatory and ask the more difficult questions – What is it that we are opening? Who are we opening it for? What is the Open working towards? In whose service and to what purposes? So when I look at ‘Open Education’, I don’t just want to look at how we open up education for mass access but also how do we make transparent the politics that surround the opening up of education.

Open as an Adjective vs Open as a Verb

One of the most celebrated accounts of open education has found its impetus in two distinct narratives – the first is that the University as we have inherited it is in ruins. The University has been described as inadequate, in desperate need of change to fit the requirements of the contemporary times we live in. The second is that education and learning are in a moment of crisis. This is not necessarily a bad thing, but it does entail the development of new pedagogic and technological structures which can construct new modes of engaging with knowledge practices. Both of these narratives are more or less taken for granted. There are staged battles between those who swear by MOOCs as the answer and those who swear at MOOCs as amplification of the problem; or between those who call for more public investment in education and learning and those who think that privatising education is the way forward. But in all these debates, which often take the tones of sombre zealots who argue over the nature of the divine, there is almost no questioning of the idea that the university is in crisis. Thus, when it comes to Open Education disputants, they never question the narrative of the university in crisis, but merely in how to resolve this crisis.

Sharmila Rege, a Dalit-feminist and an educator at the Pune University in India, who had made it her life work to critically intervene in debates around education and its intersections with social and political processes, suggests that what we need to do is reverse engineer the generation of this crisis. While the University seems to be ubiquitously crumbling across the globe – despite the fact that an historically unprecedented portion of the global population is enrolled in education programmes – this narrative of ruin is not new. Indeed, nor is the narrative of Openness. In Rege’s material history of education and gender in India, she invokes the figure of Savitribai Phule, the icon of India’s modernity, who, as an educated woman dedicated her life to ‘opening up’ education for those who were underprivileged and broken. Along with her husband, a modernist and a social reformer, Phule was the prototype feminist and development worker who radically opened up the modern education system in Maharashtra to those who were the intended beneficiaries but more often than not, excluded from the benefits that the system promised. In fact, as Rege shows us, in Phule’s account of the world, the university was essentially a system that justified its existence through the principles of openness and inclusion which we have now separated from it. While it might be a fallacy to claim these visions for a universal education system, it is still worth recognising that in different forms and formats, the establishment of the public education system has necessarily been one of openness.

When then, did this open system suddenly become closed? When did the university, which was a response to the closed education systems that were limited to the upper castes and classes of India, enter a state of crisis? In India, especially with the huge public discourse around affirmative action, quotas and reservations for different underprivileged communities, and the continued investment in public education infrastructure – the number of private universities, when you compare them with the developed North, is ridiculously low – we really need to figure out what it is that the university failed to do in its visions of openness for itself. Rege suggests that the generation of the crisis narrative for the university is actually a response to the university as an open structure. In the 1990s, with the renewed focus on universal education in the country, especially after the epoch marking agitations against affirmative actions which included massive mobilisations of upper class and caste students against the recommendations of the Mandal Commissions for continued reservation of seats for women and dalits, the university was at its open best. Both in terms of infrastructure, public policy and regulatory mechanisms, we had created universities that invited participation and presence of bodies which were otherwise systemically excluded from education processes.

Over the next two decades, the university then, has become a more inclusive space. It is populated with unexpected bodies and subjects. It has been de-gentrified and has been heralded as one of the few public institutions where a critique of sectarian and preferential politics has emerged. According to Rege, it is this very opening up of the University to women and Dalits, and the ‘vulgarization’ of education that led to the engineering of a crisis in the narratives around the university. This crisis, propelled equally by a neo-liberal development agenda and the need to create exclusive and exclusionary spaces for the elites of the country who did not necessarily want to find their privilege by escaping to the Ivy League universities in the North-West, sustains the idea that the university is in shambles and hence proposes the new Open Education movements, of which the MOOCs and the private universities are the two key embodiments. In a country that is starkly divided across linguistic and technology access lines, it is clear that both these structures, which are the key advocates of Open Education and learning, are in the service of those who can afford it. Or in other words, it is clear that the new openness movements, while they propose to be in the service of mass, distributed and universal education, are actually very urban, Anglophone, and available to a very small fraction of the society that already had privileged access to different and varied education resources historically.

These Open Education policies now offer alternatives to the public education model by suggesting that it is in crisis and thus finding viable options. These alternatives further demand that the Public University, becomes a professionalised space that produces workers and skilled labour for the new information and knowledge industries, while the more privileged sites of critical philosophy, thought and art move on to safer havens where those with rights of entitlement can study them in peace. The open Digital Humanities projects or the institution of private and satellite university campuses, which continue with their ad hoc, de-skilled, meritocratic logic of working with adjuncts and temporary knowledge workers, invest more in the technological development which is again a masculine domain of privilege even in countries like India where we witness massive mobilisation of people being trained to work in the IT industries.

This reverse engineering of what Open Education can mean in a country like India probably has similar narratives of the context and generation of the crisis across different geographies and time-zones. Openness, with the euphoria and the promise of radical transformation often produces this ellipsis that fails to see the larger structures that inform and shape the open education policies and regulations. In its closeness to the Big Data proponents, it even makes us believe that open education is about data and information management, forgetting that these practices have a direct implication on the material conditions that have been historically shaped. Just like we have developed a critique of well-intentioned development agendas that are purportedly pro-poor but eventually only benefit the wealthy by depositing more power in their coffers, openness in education and in governance needs to be re-examined more closely. Yes, Openness has some fantastic virtues that we need to aspire towards. But to open something, it first needs to be closed. And especially when it comes to the modern education system, we need to question the closeness that is easily attributed to and presumed for the public university. It is time to not only implement open education, but also see the larger constellations of privilege and inequity that often get elided in the blanket acceptance of the Open as necessarily the good or the desirable.