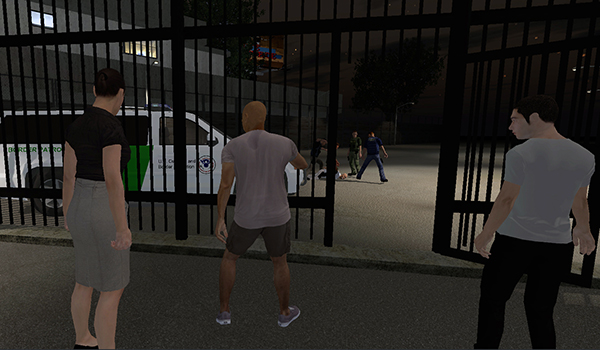 Oculus Rift made headlines this year with a development kit for its affordable virtual reality head-mounted display, which comes equipped with sophisticated software that prevents the “simulator sickness” that was so common on earlier models. The Oculus technology was considered valuable enough to merit a $2 billion acquisition by Facebook, and it soon became the talk of many game festivals, including the independent games festival IndieCade, where it was featured in the ticking clock bomb defusion game “Keep Talking and Nobody Explodes.”

But, the big winner for VR technologies at IndieCade this year was Nonny de la Peña, who received the Impact Award for her vivid simulation of police brutality in “Use of Force,” which recreates the 2010 death of Anastasio Hernandez Rojas, who was beaten to death by border patrol agents near San Diego. De la Peña used computer-generated 3D animation derived from video shot by witnesses to the beating on mobile devices to create an immersive experience. In the simulation, users also wield a cell phone that allows them to capture footage of what they see in the virtual world.

De la Peña agreed to an interview with DML Central to discuss the possibilities and challenges of working with VR platforms in her work to educate the public as a journalist. She explained that she was particularly excited to be honored by IndieCade, which she described as one of her “favorite festivals,” because it was “always trying to break new ground” by “exploring the medium” and “unique experiences.”

The award filled her with “encouragement” and “astonishment.” She explained that she chose the subject matter of the Rojas case because of its “relevance to Los Angeles,” her hometown, where “the immigrant population is so big.”

Because there has been so much talk over including appropriate disclaimers about personal connections in game journalism, it is probably worthwhile to note that I met de la Peña in college, although we were only acquaintances. I did not get to know her more recent work until our paths crossed at a games conference decades later. She was showing “Gone Gitmo,” a recreation in the virtual world platform Second Life of the Guantánamo Bay Prison facility for suspected terrorists, which she developed with new media artist and interaction designer Peggy Weil.

De la Peña and Weil wanted to create a version that was “accessible, even though it was virtual.”  She described undertaking “the same kind of research that I did as a film journalist, using technology on top of my traditional work, my 2003 documentary film.” (The trailer for the film, “Unconstitutional: The War on Our Civil Liberties,” can be viewed online.)

De la Peña explained that virtual worlds could serve as a “medium for telling all kinds of stories,” although “the language” of expression “is still up for grabs.” Her grounding as a filmmaker, working in fiction and nonfiction, also gave her perspective on the fact that “many of the things we take for granted” in traditional media practices, such as the cinematic conventions of how to use the close-up or the jump-cut, might seem “pretty well established” after decades of audience experiences, although they were once “new territory” for experimenters.

In considering how virtual reality could provide viable learning environments with strong emotional engagement, she took advantage of existing initiatives to train soldiers or medical personnel using high-tech immersion techniques that were sponsored by the Institute for Creative Technologies. According to de la Peña, repurposing existing technologies often makes sense, given prohibitively high development costs, and many ICT practitioners wanted to see more “good come out of their work” in the area of human rights.

I’ve walked around in the head mounted display of “Use of Force” and re-experienced the scenario later by reviewing the cell phone footage my avatar shot. I have also had a private showing of de la Peña’s earlier work “Hunger in Los Angeles,” which used real audio captured from a diabetic emergency suffered by an impoverished client waiting in line at the Los Angeles Regional Foodbank and the subsequent scuffle of others who rushed ahead to grab groceries while workers and paramedics provided first aid. She told how this kind of “technological landscape” makes “visible groups of people who might not otherwise get represented” and shows their “different languages” and the “intensity of needs.” As she asked, “What does this community sound like and look like? What are they experiencing?”

In installations like “Use of Force” or “Hunger in Los Angeles,” she would like us to consider “duality of presence” or “what does it mean to be present in other places” or have the “feeling of being in two places at once” so that those unfamiliar with a topic can “build the knowledge through body.”

For de la Peña, if the virtual world is “well-constructed,” it “offers legitimacy” with a compelling “digital reconstruction” that points to its “potential to contribute to diversity  of contexts,” including “communities that might not be using traditional forms of media” for which it contains a “really interesting logical potential.”

De la Peña wants to avoid cheap identity tourism or digital voyeurism in favor of a model of situated learning and legitimate peripheral participation. When one of her installations went on tour in the UK, she returned with “54 pages in the guest book” of visitor reactions, some of whom “didn’t realize what was going on” as they navigated “what might be a bad call to action” and “what might be a good call to action.” In creating such vivid audiovisual experiences, she hopes to do justice to her own “responsibility to offer them some opportunity to act” after their time in a virtual reality episode that explores an issue in contemporary human rights and then offers “pathways” that include “a decompression action,” such as writing notes or contributing to a memorial. “When we talk about democracy, we are talking about a new form of civic insight,” which might be “really useful to inform people about what’s going on” and provides a “new platform” now that “newspapers, films, radio, and TV” have been “disrupted.”

Her work also explores participation and “what is the effect of helpfulness” in new ways. In “Use of Force,” “we tried something different” by “giving people virtual cameras,” although this could be tricky, since large files quickly cause projects to “run out of memory,” although letting “people shoot their own experience” allows them to “carry out to the world video from their own experiences.”

By creating potentially spreadable media, there could also be additional network effects beyond the initial personal location-based experience.  “It’s a way to make the story spread,” much as a feature-length video “needs a trailer.” (In fact, one viewer at IndieCade posted his video on Youtube and it has had more than 60,000 views. It means, many more learned about the events of the evening who hadn’t experienced the installation.)

This work is now moving further, because “Oculus really changed the landscape,” now that goggles are “not $50,000 a pop, but $350.” For her own projects, she is “still building high-end goggles with high-end components,” but she thinks that “mobile viewers” should “offer a lot of ways” for this narrative form to go. In her new project, she is working with video from witness journalism in Syria, just before and just after a deadly blast that killed civilians capturing a moment with a child singing.

De la Peña has been ahead of the curve, I would argue, by exploring the right kinds of stories that work with VR. Because the technology imposes many constraints on interaction in a given digital environment, it is stories about the bystander, the observer, the captive, or the wrong man that can be most compelling, stories in which the user can explore choices — and questions of power — by experiencing a lack of choice first-hand. 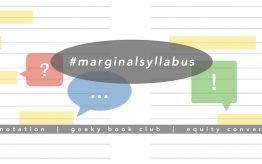 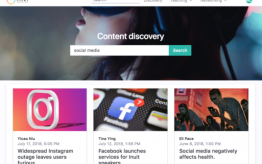