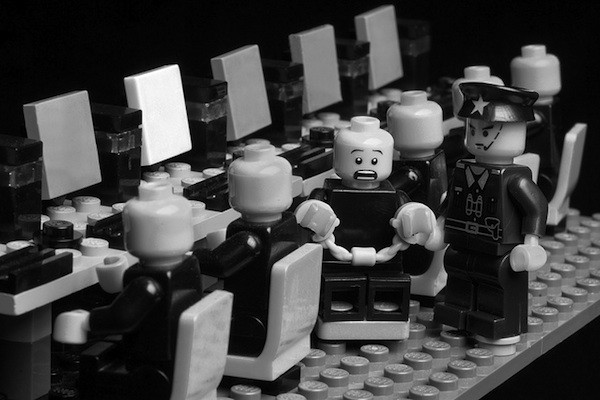 In the summer of 2011, London erupted in flames. Now, it’s not the first time the city has burned; it’s had a rich history of conflagration within its walls and revolt in its urban sprawl. But this time it was different: the source of the unrest echoed the sounds of virtual revolutions around the globe — inequality, incomprehension, inefficacy — yet like the people on the streets of Tehran and Cairo, the Londoners who chose to riot also chose to leave an incredibly rich trail of information in their wakes. By using social media to organize and report, to promote and to publicize, they gave curious academics and other interested parties a trove of pickings that can be analyzed for impressive insights.

One of the university consortia in the UK who gained access to Twitter’s resources worked with The Guardian newspaper to analyze the riots, asking questions about how information — and misinformation — spread around the microblogosphere. Twitter, the current platform of choice for news organizations, was happy to deliver an extraordinary number of tweets to the group. With over 2.6 million tweets at their disposal, they used The Guardian’s global platform to deliver the insights to an impressive mainstream audience.

This isn’t a post about how technology can offer amazing insights into the science of the diffusion of innovations or a case study about partnerships between media and science. Although worthy topics of conversation, they belong elsewhere. Instead, here I want to tackle a bee in my bonnet that is encapsulated by the way the findings were published.

On 7 December, The Guardian released a fantastic visualization based on the Twitter riots data. This one in particular captured attentions: the Rumours interactive pictorially described the ways that misinformation was generated, spread and was corrected in real-time during an event. It went, in mid-2000s Internet parlance, viral.

This kind of data is almost impossible to capture in most circumstances; rumour diffusion work typically relies on post-hoc memories. But thanks to the Web and its impressively ecologically valid behavioral datasets, researchers are able to generate new insights into collective sense-making of unknowns. And in this case, the researchers and the newspaper chose to publish the actual Twitter handles of the people who first reported stories about tigers loose on Hampstead Heath and the London Eye ferris wheel, a popular tourist attraction across the Thames from Westminster, on fire.

Stories like these ricocheted around the Twitterverse over the four days of the riots, and certain individuals emerged as particular ringleaders in the imaginings of unlikely things. But in the melee, every new tidbit of “news” was picked up and thrown around like a hot potato in the hands of a group of kids at a birthday party, pumped up on sugar and out of control. The people who carried on the transmissions by retweeting verbatim or sharing the gist with their followers, also had their virtual names published.

So what, I asked my followers, were the implications for these individuals who, before the analysis and synthesis of the data, were unknown carriers of misinformation — who may have made a judgment error — but who, after publication, became known as people who generated or passed on untrustworthy knowledge?

The response was polarized. One half of the responses were adamant that Twitter was a public place and therefore what was said on that platform was free game. Others were horrified at the potential reputational damage that could be caused by public exposure. True, there is ample evidence that people will say and do things online without reflection, thus sharing more than they might if they considered the public-ness of their contributions. But, each person signed up for an online site that doesn’t require a reciprocal connection to establish a tie, and thus are able to broadcast one to many.

This conundrum sat with me for a few days, and I retreated to my academic hat and stewed against the journalist side of me, believing the consideration of human subjects better in one field than the other. Until I sat in on the British Psychological Society’s working group on Internet research.

We are working towards developing an updated ethical recommendation for psychologists in the UK who seek to use the Internet for data collection and diffusion. Unsurprisingly, issues almost identical to The Guardian/Twitter/Riots study come up regularly, and researchers are just as perplexed about the best way to handle it.

I’m keen to canvas other scholars and practitioners who have grappled with this. Each country, and even each institution, has its own approach to human subjects. Expand this to journalism and — as evidenced in the UK at the moment with the Leveson Inquiry into Media Ethics — there are few clearcut solutions. I tried to get to the bottom of it in the International Journal of Internet Research Ethics (2010) when I guest edited its special issue on online communities, but the issues continue to be a moving target.

The Guardian did use the rumour data analysis and visualization as a digital literacy tool; they published a best practice guideline for their readers who use the microblogging service to inform them about ways to tell fact from fiction in 140 characters. But I still wonder what the effect was on the people whom they identified on a global platform as the sources of disinformation.

The power of the data generated by social media lies not in its existence, but in our interpretations of it. That it exists per se is not the revolution, but that we have the ability to synthesize it, read it and ultimately gain new insights. However, we must be aware that these interpretations are never objective; we read the analysis through our own lenses, and sharing our perspectives on events may have different effects on the individuals who are aware (or not) that they are under scrutiny.

The Twitter riots analysis provided fascinating news and intelligence, absolutely. But we are still in the process of defining our responsibilities to the people behind the screens. Where and how we publish must be a reflective act, remembering always the potential effect it might have on those who have contributed with or without their knowledge.