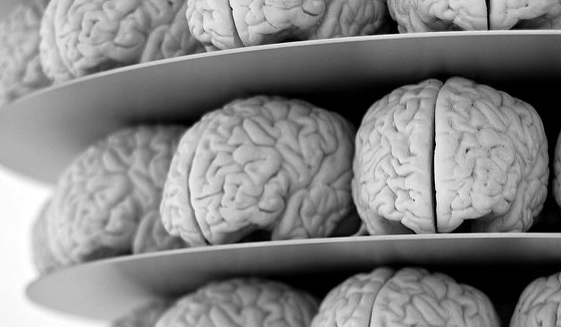 “Neurotechnology” is a broad field of technical research and development focused on the human brain. It includes advanced brain imaging but also new and emerging “brain stimulator” systems that may have the capacity to influence neural activity. The possibilities of neurotechnology have begun to attract educational interest, raising significant concerns about how young people’s mental states may be manipulated by brain-machine interfaces.

The human brain has become the focus of intense interest across scientific, technical R&D, governmental, and commercial domains in recent years. Neuroscientific research into the brain itself has advanced significantly with the development and refinement of brain imaging neurotechnologies. Huge teams of neuroscience experts associated with international projects — such as the U.S. BRAIN (Brain Research through Advancing Innovative Neurotechnologies) Initiative and European Human Brain Project — have begun to visualize and build highly detailed computational models of the brain based on the collection and analysis of massive records of brain data.

Neuroscientific knowledge of the brain is also being applied to the design of new Brain-Computer Interface technologies. BCI, or sometimes Brain-Machine Interfaces, depend on processing brain data to allow brain activities to control external devices or even computers. In the past, BCI involved invasive implantation of microelectrodes within the skull itself. However, the development of noninvasive techniques using portable headsets to apply electrodes to the scalp has accelerated rapidly in recent years.

As a result, technology entrepreneurs from some of Silicon Valley’s most successful companies have begun to concentrate R&D resources on BCI control of devices. Some have even more speculative plans to hybridize the human brain with artificial intelligence. Tesla boss Elon Musk, for example, has established Neuralink to directly link human minds to computers and “augment the slow, imprecise communication of our voices with a direct brain-to-computer linkup.” Facebook, meanwhile, has announced it is pursuing the development of a new kind of head-worn noninvasive brain-machine interface to let people text by simply thinking rather than typing — and to “share” their thoughts seamlessly.

So what might neurotechnology hold for the future of education and learning? Perhaps surprisingly, the potential for neurotechnology in education has been recognized by the recently-appointed head of the U.S. Department of Education, Betsy DeVos. DeVos is a major investor and former board member of Neurocore, a brain-training treatment company that specializes in “neurofeedback” technology.

Neurocore uses real-time brain scanning to diagnose individuals’ symptoms by comparing their brainwaves to a massive database of others’ brainwaves. Its proprietorial neurofeedback software can then be applied to run a game that rewards the “desired” brain activity. Over time, Neurocore claims, the brain starts to learn to produce activity that has been rewarded by the increase in stimulation. One of Neurocore’s targets is children with ADHD (Attention Deficit Hyperactivity Disorder) and it claims its “natural treatments” with neurofeedback “work with a child’s natural ability to learn, helping them reach their full potential.”

More speculatively, the Center for Neurotechnology Studies at the Potomac Institute has issued a report on “neurotechnology futures” with key implications for education. It describes how noninvasive brain interface technologies could “complement or supplement human capabilities, such as tools for learning and training augmentation.” It has detailed how “greater understanding of the neural mechanisms of learning and memory is needed to provide the appropriate theoretical basis for neurotechnologically enhancing learning.”

The potential of “frictionless” brain-computer interfaces and neurotechnologically-enhanced learning is beginning to stimulate enthusiasm among education technology developers. The founder of the AI-based online learning company Wildfire Learning, the “world’s first AI content creation service” for education, has imagined that invisible, frictionless and seamless interfaces between human brains and AI will have massive implications for education:

The implications for learning are obvious. When we know what you think, we know whether you are learning, optimise that learning, provide relevant feedback and also reliably assess. To read the mind is to read the learning process…. We are augmenting the brain by making it part of a larger network … ready to interface directly with knowledge and skills, at first with deviceless natural interfaces using voice, gesture and looks, then frictionless brain communications and finally seamless brain links. Clumsy interfaces inhibit learning, clean smooth, deviceless, frictionless and seamless interfaces enhance and accelerate learning. This all plays to enhancing the weaknesses of the evolved biological brain … and [to] think at levels beyond the current limitations of our flawed brains.

The vision of a deviceless, frictionless and seamless neurotechnological future of education is likely to be highly controversial. Part of this resistance will be on primarily technical and scientific grounds — neurotechnologies of brain imaging are one thing, and seamless neuroenhancement of the so-called “flawed brain” quite another. But, another part of the resistance will be animated by concerns over the aspirations of either governments or commercial companies to engage in mental interference and cognitive modification of young people.

The Potomac Institute has produced a report on “enhancing the brain and reshaping society” that clearly identifies the political aspirations behind neurotechnology. It has called for collaborative efforts between policymakers, scientists and the private sector to develop novel neurotechnologies that can improve individuals’ cognitive abilities and behaviours, and thereby “ensure neuroenhancement of the individual will result in enrichment of our society as a whole.” Besides the use of BCI to enhance individuals’ abilities through neurotechnologically-enhanced learning, then, neurotechnology has also been invested with political imperatives to sort out the social order at large.

As political figures and technology entrepreneurs begin to promote and gather support for their visions of neurotechnologically-enhanced learning, and its role in reshaping society through rewarding “desired” behaviours, it is important to take a more cautious and critical perspective.

In a brilliant and highly important new article on neuroscience, neurotechnology and human rights, the bioethicists Marcello Ienca and Roberto Andorno have articulated some critical challenges raised by these emerging “brain-society-computer entanglements.” The “neurotechnology revolution” they argue, highlights how the “possibility of mining the mind … can be potentially used not only to infer mental preferences, but also to prime, imprint or trigger those preferences.”

They particularly note the emergence of “pervasive neurotechnology,” including “brain stimulators” which “are not primarily used for recording or decoding brain activity but rather for stimulating or modulating brain activity electrically.” The potential consequences include:

In sum, they argue that, “if in the past decades neurotechnology has unlocked the human brain and made it readable” by neuroscientists, then “the upcoming decades will see neurotechnology becoming pervasive and embedded in numerous aspects of our lives and increasingly effective in modulating the neural correlates of our psychology and behaviour.” In other words, advances in pervasive technology may put at risk the very freedom of the mind.

Cognitive liberty is, in other words, the right to take control of one’s own mental life in the face of the potentially pervasive presence of neurotechnology in spheres of everyday life —including in education.

As parts of an imagined future of neurotechnologically-enhanced education and learning, aspirations toward the neuroenhancement of “flawed brains” need to be countered not just with technical and scientific skepticism. Greater awareness of the political and commercial interests involved in new and developing neurotechnology companies and interventions is required. Critical questions also need to be asked about the potential use of neurotechnology to modify young people’s mental states, and about how to safeguard their cognitive liberty amid persuasive and coercive promises about neuroenhancement in the direction of personal cognitive improvement.