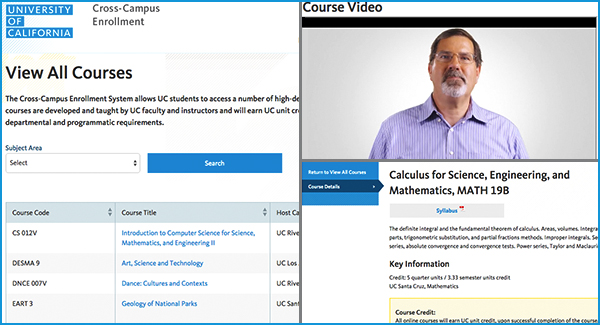 In a recent blog post, I discussed the noteworthy success of a web-based course launched by a research university in a high-profile initiative that emphasized online access as much as digital education. As I pointed out, student evaluations are almost never universally positive about large courses, particularly required courses with many drafts due for projects that can feel like “busy work” to skeptical undergraduates. I interviewed the course instructor, Alexandra Sartor, in this blog post and wanted to follow up with the instructional designer, Ava Arndt, as well.

A disclaimer is probably in order here, since I’ve known Arndt for more than a decade as a friend and colleague. It was from Arndt that I first heard the humorous expression about the shortcomings of traditional large and impersonal lecture courses that encourage passivity and distraction: “distance learning begins in the second row.”

In her interview with DML Central, Arndt began by explaining how her enthusiasm for digital technology began in the conventional classroom: “I became interested in online education by being a teacher. I was teaching at UC Irvine, and I wanted to extend connection opportunities outside the classroom. By using web resources, we could continue conversations and connect with course materials outside of class. I looked at a bunch of platforms that might allow students to continue talking. It didn’t matter to me if these richer discussions were online or in class.”

To Arndt, it was obvious that “time limits or their own speed at processing and digesting material or  just simple shyness” were inhibiting discussion. She described how she wanted to “continue conversations about the readings” and acknowledge that there were “different types of students.”

Based on these “robust discussions that I found fruitful for their learning space and time,” Arndt extended her experiments and began to design curricular materials to be used by others, so students and faculty “could look back” and experience a “natural extension of in-person class.” This process started by making some instructional materials previously published in handbook form for the Humanities Core Course available online and considering interactive design possibilities.  As she explained, her work was “not about a replacement for in-person instruction.” Instead, she hoped to provide “a different angle or added value.” Thus, “increasing their connections to each other and the material because we can.”

Of course, as pundits have observed, operating at the system-wide level could be more challenging. “UC had been pretty far behind major universities in having a big presence in terms of online education. Each campus had access, but there was not widespread adoption or use. There were outliers and pioneers who did things, but it was not a cohesive effort,” just “fragmented pockets at individual campuses.”

According to Arndt, ILTI (the Innovative Learning Technology Initiative) and UC Online presented a “cohesive online plan and presence across campuses,” although administrators were well aware that “the push was to have a very tailored approach” and present courses to students with substance as well as style.  Instructional designers were tasked with devoting “a lot of time spent developing each course that would not be impersonal or robotic, that would be of the same quality that they would have in an in-person class.”

When asked about coming trends, Arndt mentioned “adaptive learning, which basically allows branching and complexity” to be “mindful of individual students.”  She thought that productive directions would be “hybrid,” because “we educate a lot of students; many of them do commute or have jobs,” but these students have “a desire for contact.”

Arndt also emphasized the fact that “increasingly, the skills needed to take an online class are skills that will serve [students]  well in the future.” Often, so-called “digital natives” still need instruction in computer-mediated communication. “Students are not as computer literate” as their age stereotypes. “They need to know how to interact with technology, and most jobs now require people to interact online quite a bit. Increasingly, the focus is less on the online part and more on the connection part and the interactivity and feedback loops. It allows us to do things in a different way; it’s not better or worse. Often, what is attributed or blamed on technology doesn’t have much to do with technology alone.”

Arndt cautioned about avoiding unrealistic expectations. “Faculty come with the expectation that it is going to be less work. ‘I can do this in a couple weeks and then be done.’ Instead, it’s a different kind of work, with more up-front, and the expectation shouldn’t be that the learning won’t be the same.”

She also noted that online education has begun to “shine a big giant spotlight on teaching practices” and give “time and space to think about how students learn.”  Participants might have “a better experience but also [a]  more difficult [one].” By requiring faculty to start “changing, altering their practices,” the process isn’t pain free. “And, students have similar unrealistic expectations, they think it is going to be easier, less engaging. However, they tend to report back that they like the live discussions and online chat boards, that they interacted with their peers more, and that they were surprised at the level of interaction that is possible. Often, I find myself being the cheerleader in the face of negative expectations.”

She mused about the need to adjust expectations as designers.“We underestimate the degree to which students are not sitting in a room on a laptop. We have students who do courses entirely from their phones. They might be economically motivated, but it might also be a choice.” With smartphones and tablets come many challenges. “They are not at one place. They are commuting. connecting from different locations.  Everyone has expectations that everything will be accessible from everywhere.”

When asked about the benefits of working in instructional technology, like Sartor, Arndt praised the opportunities to work collaboratively. “Being part of a team is one thing that is really wonderful. We are pulling teaching back into being a truly collaborative effort.” With a “very large team of people developing it, there can be rich collaboration across skill sets and faculty and really productive for learning, because it leads to innovation, and it’s fun.”