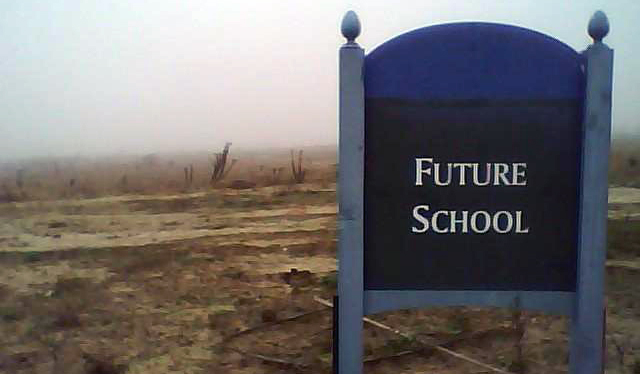 For example, the term appears (quite appropriately) 21 times in the U.S. Department of Education’s National Education Technology Plan. Authors of the Common Core State Standards in Literacy indicated that standards were adopted only when determined “essential for college and career readiness in a 21st century, globally competitive society.” The National Assessment for Education Progress is modifying subject area assessments to include “21st century skills.” And, the mission and vision statements of districts across the country have followed suit — the strategic technology plan of the New York City Public Schools, the largest public school district in the country, captures the dominant sentiment: “Technology is infused in all that we do. It’s not an add-on or a nice-to-have; it’s a driver and enabler of the way we work and live in the 21st century.”

This rhetoric has driven huge investments. Public schools now provide at least one computer for every five students and pour over $3 billion per year into technology spending. K-12 teachers and teacher educators are increasingly being evaluated on the extent to which they integrate “21st century” competencies into their instruction.

But, what exactly is 21st century learning? And, more importantly, how is the term being conceptualized and implemented in classroom practice? I think that the “21st century” modifier requires a high level of specificity, considering the huge amounts of spending on infrastructure, curriculum, and professional development that it is inspiring across the country. While the meaning of a phrase that dictates so much investment should be clear, I fear that it is not. Instead, teachers encounter a fuzzy definition based on the premise that the flow of information enabled by digital technology and the interconnectedness of the global economy demands an innovative educational vision that endows students with the intellectual agility, flexibility, and creativity needed to succeed across various social and professional settings. This definition has been most forcefully promulgated by the Partnership for 21st Century Skills, a coalition of business and education groups that argues students need competencies (including creativity, collaboration, and communication) to navigate a fluid and increasingly borderless world.

Does this definition truly capture the reality of life and learning in the 21st century? Consider the crises roiling our country and the world today — the rise of nationalism, continued social and economic inequities, and a polarized public sphere. Education policymakers and practitioners continue to use the “21st century” term in an aspirational way when it comes to learning as if teachers and students are not currently living in the 21st century — a situation that ignores social and educational realities and renders the term an empty signifier. Combined with the continued prevalence of high-stakes testing and other accountability demands that stifle innovation, teachers are left in a contradictory space.

My colleague, Antero Garcia and I have been conducting a review of all empirical research published since the year 2000 that studies how K-12 classroom teachers are putting their understandings of “21st century learning” into practice. We are finding that without a clear learning model, 21st century learning is being reduced to the simple use of technological tools. Education technology is often framed as a means of revolutionizing an outdated schooling system by using apps, software, and other tools to disrupt (and improve) curriculum and instruction. Yet, it is this framing that we argue contributes to the “magical thinking” about technology that contributes to the continued challenges of true transformation of learning in classrooms. We contend that a re-calibration of the power dynamics between education and technology is needed that re-asserts the primacy of pedagogy as the true driver of meaningful learning experiences and finds a purpose for technology beyond the strictly economic.

It’s time for the field to consider more deeply what learning in the 21st century should really look like in order to offer all students a foundation for empowered citizenship and fulfilling personal and professional lives. We will share more about our research soon, but for now, please think twice about what you’re really signifying when the phrase “21st century learning” rolls off your tongue.