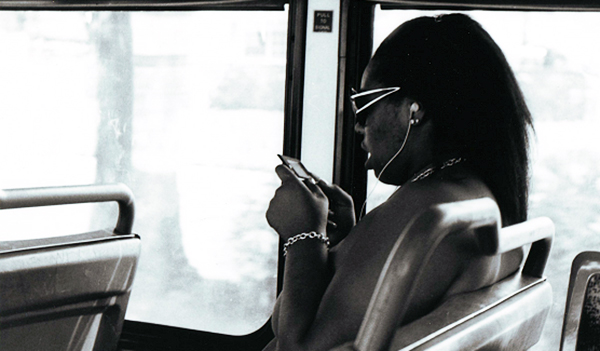 The United States Census Bureau has been tracking computer use since 1984 and the use of the Internet since 1997. Not surprisingly, much has changed over that span of time. Even though use of computers and the Internet has spread, gaps still remain. In its most recent study the U.S. Census (November 2014) reports that household computer ownership and Internet use were most common in Asian and white households, in high-income households, and in households that report high levels of educational attainment.

When the study turns to handheld computer devices these patterns are turned upside down. For example, the U.S. Census study found that Hispanics and blacks were much more likely than their Asian or white counterparts to rely only on handheld computers (I am surmising mobile phones in most instances) to go online. Similarly, low-income households report handheld ownership alone at much higher rates than affluent households. This suggests that when Latinos and African Americans go online from home they are most likely doing so via a handheld device.

The reliance on handheld devices only for Internet use illuminates the extent to which the internet-related practices of many Latinos and African Americans are structured by persistent forms of social and economic inequality.

It is for reasons like these that schools have made a concerted effort to provide students with access to computers and the connected world. The Center for Digital Education estimates that K-12 institutions will spent nearly $10 billion on technology in 2014. Significant sums of money have been spent in the mobile learning space through the adoption of one-to-one laptop initiatives and tablets.

As schools embrace mobile learning models, a key question emerges: what role will mobile learning play in stemming the tide of social and economic inequality? The question is suitable mainly because schools have long viewed technology, rightly or wrongly, as a way to promote social, educational, and economic equity. Now that mobile hardware, cloud computing, and connected learning are spreading across a mix of schools and communities, what is the potential impact?

While it is clear that schools are adopting mobile learning the implications are less clear. A recent example of this is the iPad adoption of iPads by the Los Angeles Unified School District (LAUSD).

When LAUSD leaders announced that they would provide all 640,00-plus students with iPads, there was widespread praise and optimism. However, within weeks of the first rollout, the initiative came under fire after a group of high school students hacked the iPads to access content deemed unrelated to education. More recently, criticism of the iPad initiative has focused on the suspicious manner in which the contracts with Apple and Pearson were negotiated. The tawdry details of backdoor dealing, unfortunately, overshadow the real tragedy. The fact that the nations’ second largest school district was prepared to spend $1.3 billion of taxpayer funds to launch a mobile learning program that was inadequately designed from a curriculum and learning perspective.

In the rush to acquire the latest technological innovation, LAUSD leaders made an all to common mistake in education: the tendency to view the acquisition of technology itself as a marker of better learning and educational achievement. A common complaint from teachers was that the curriculum, loaded on the devices, was not robust. Students reportedly did things like type their papers, read digital text books, watch videos, and play games. At best, the iPad was used to deliver standard curriculum in a relatively standard way. At worst, it was used to occupy the time and attention of students. This surely fell short of the more dynamic learning experiences many students anticipated when the project was announced.

To date, most schools have been slow to appreciate the affordances of mobile technology in the learning environment. In the schools and districts that have adopted mobile technologies, they have been used primarily to do traditional (i.e., memorization, worksheets) and top-down learning (i.e., district-driven) more efficiently.

What We Know About Technology in Resource-constrained Schools

During our fieldwork in a resource-constrained school, we were struck by the abundance of technology — Apple computers, game authoring software, digital video, tablets, powerful graphics applications, and video editing software — that was available in this presumably poor school.  Equally striking was the fact that the school district seriously limited the ability of teachers and students to use the technology to truly transform learning. Students were eager to try new things; the district was not. In the words of Janet Margolis, the school was “technology rich, but curriculum poor.” As a result, the most vibrant elements of mobile learning — anytime/anywhere, real time, networked, social — were never realized.

Historically, a key aspect of technological innovation has been what Everett M. Rogers refers to as the “diffusion of innovations.” This is, for example, a reference to what happens when new technologies are adopted and used in everyday life. This was true, for example, with the telephone. Sociologists Claude S. Fischer tells us in his book, “America Calling,” that the invention and roll out of the telephone never intended for the device to be used to cultivate close ties and personal social networks. The use of the phone to “reach out and touch someone” was inspired by innovative adoption and use, not innovative design. This theme is certainly visible in the adoption and creative uses of social media. The evolution of platforms like YouTube, Twitter, and Facebook are driven as much by users as by designers. This is also true with mobile platforms. A great example can be observed in the iPad ads that Apple featured for much of 2014.

The ad campaign is a radical shift from how tablets have been promoted and positioned in the consumer marketplace. So much of the coverage and conversation about tablets, and iPads in particular, has focused on the innovation in design but the Apple ads point to the innovations among iPad users. The ads show how people from all walks of life — explorers, performance artists, medical researchers, filmmakers, musicians, community activists — are using the iPad in ways that stretch far beyond how tech companies typically imagine and market tablets. To paraphrase the 2014 campaign, Apple is showcasing how people are writing their own verses, realizing that they are stronger than they think, and sparking change.

In their relatively short history, tablets have been marketed as content consumption devices. But, the iPad ad campaign is a sharp break from that narrative, an effort to showcase the tablet not merely as a device for consuming but a device for discovering, daring, discerning, and doing.   There is much that educators can learn from these ads about the power and potential of mobile learning. Schools have largely adopted tablets as digital textbooks, and tend to ignore the opportunity to rethink and remake learning. Imagine what happens when learning extends beyond the classroom and into the world? Imagine a future in which learning is demonstrated through creativity, imagination, and inquiry rather than standardization and memorization? In the Apple ads, learners of all stripes are wide-eyed, engaged, playful, experimental, curious, creative, and connected to their world through the power of inquiry and discovery.

This is the true promise of mobile learning and one that we should all aspire to make a reality in the lives of young learners.
Banner image credit: Tinyobserver