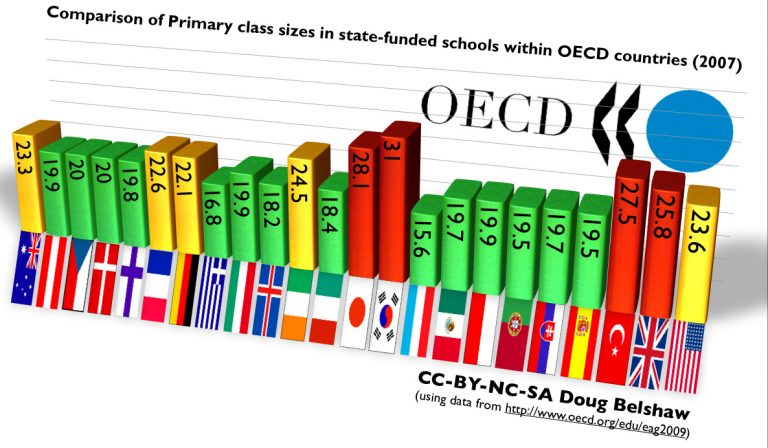 Contemporary educational systems, spaces and practices are increasingly represented through digitally-mediated visualizations. Is the increased visibility made possible by visualization practices and technologies also influencing and shaping perceptions of education, and contributing to how the future of learning is envisioned and imagined?

Education is a field dense with statistical data. The numerical manipulation of the school and the university is well established. These numerical data, including administrative records and student assessment data, have assumed significant power in educational policy debates globally. Statistics, collected and analysed in databases, provide a new kind of powerful knowledge, one that is seemingly rigorous, reliable and objective, that can be used to count and control education. The ‘reality’ of education, for advocates of data-based educational policy and reform, is apparently to be found represented mimetically in numbers and the practices of counting, categorizing and calculating that produce them.

However, the avalanche of educational numbers is increasingly being augmented by digital devices that make the power of the data more visual, reproducible and persuasive. Educational systems today are mirrored by a graphical landscape or a ‘dataverse‘ in which the data has been mediated into a variety of visualizations, diagrams, charts, tables, infographics and other forms of representation that make education intelligible to a wide variety of audiences.

The aesthetic dimensions of educational data, and the effectiveness of its visualizations, are a neglected area of study. Yet, the cascade of visualization and graphical representation in education today can be seen as amplifying the rhetorical force of data to enable interpretation and evaluation and to catalyze educational change. The ‘databasization’ of education is a sophisticated technical, methodological and representational accomplishment, constituted by techniques that are able to make evaluations and reformatory messages into highly persuasive visual rhetorics. How education is made visible as a type of representation, how it is presented to be seen and interpreted, and who is involved in visualizing it, is highly influential in shaping how it may be evaluated and how it might be changed. Data visualization is a political business.

The numerical manipulation and visualization of educational data has a long history. In the 19th century, numerical data were being mobilized in both Europe and the United States as part of the spectacle and display of the great exhibitions, world’s fairs and scientific congresses. The original world’s fairs expositions played a major role in formulating many modern social and institutional structures, including education. Statistics, or the ‘science of state,’ were a dominant medium in the carefully executed presentations of a country’s education system. The visualization of large quantities of data through graphical displays, the numerical information they represented, and the statistical techniques used to generate them, were powerful explanatory and persuasive devices which made it difficult to conceive of education in any other way. They could be used to compare and evaluate national systems, and to visualize and catalyze reform.

Today’s spectacle of educational data is continuous in many ways with the exhibitionary practices of the 19th century. There are historical continuities from the physical and material displays of the world’s fairs to the graphical variety of printed reports, electronic PDF files, spreadsheets, digital interfaces, interactive charts, diagrams, and imagery used to govern education today. Educational governance remains to a large extent a statistical project, though highly mediated.

What is the significance of today’s digital techniques of visualization for education? The sociologist David Beer argues that today’s ‘culture of visualization’ data is routinely being transformed into visual formats as a result of the combination of new forms of digital data and new possibilities of media. We can point to prominent examples such as SelfieCity, or to the contentious use of ‘infographics’ in journalism, as evidence of such a culture of visualization. Powerful cultural, political and social visualizations, Beer argues, are ‘envisioning the social world’ and ‘shaping perceptions of space, culture and social forces,’ bringing about a ‘visualization of culture’ or a ‘diagrammatization of society.’

As a result, Beer argues that researchers need to examine the actors involved in the culture of visualization, ask what data they are using, how those data have been formed, as well as ‘what software is used in the analysis, what code or algorithms shape the data and the visualization,’ in order to ‘treat these visuals seriously as they come to envision the social world.’

The visualization and diagrammatization of the world described here is a complex technical act involving a variety of actors and technologies that ultimately possess the persuasive power to shape people’s engagement and interaction with the world itself. Data visualization acts as a kind of lens, shaping the gaze, through which the world beyond is made visible in order to be seen in particular ways, with a particular focus, framing, coloring, and direction.

As the science and technology theorist Bruno Latour argued three decades ago, the power of a visualisation, graphic, image, or diagram, is to stabilize complex ‘realms of reality’ in one place, ‘just inches apart, once flattened on to the same surface,’ so as to measure and modify what is ‘out there.’ Visualizations are material techniques of thought that enable reality to be evaluated and acted upon. With the proliferation of visualization techniques in education, we can now see how powerful visualizations are now being deployed to envision and diagrammatize the educational landscape ‘out there,’ and to make it amenable to having things done to it.

Another of Latour’s well-known constructs is that of ‘centers of calculation.’ ‘Centres of calculation’ are those spaces that accumulate and aggregate numbers in order to affect things somewhere else. Government education departments are a good example of a center of calculation. They collect vast quantities of educational data from across states and countries. Increasingly, they are able to accumulate data on the performance of individual schools — data which can then be used to target those schools for improvement — or even on individuals. In the UK, the government has been compiling a National Pupil Database since 2002, and has recently begun granting access to third parties in order to ‘maximise the value of this rich dataset.’

With the rise of data collection in education by other non-state agencies and organizations, however, the centers of calculation in education have become more dispersed and distributed. The calculative techniques of education have been displaced to places like the OECD with its vast global pupil assessment datasets, and to businesses such as Pearson, whose Learning Curve Data Bank has assembled a range of datasets in one place in order, it claims, to ‘enable researchers and policymakers to correlate education outcomes with wider social and economic outcomes.’ These new centers of calculation aggregate and accumulate educational numbers in order to make education intelligible, but also in order to construct norms, attach evaluations, and render it amenable to intervention.

With the contemporary proliferation of techniques of visualization, these centers of calculation are rapidly becoming new kinds of ‘centers of visualization.’ Not only do they accumulate data in order to make calculations that can affect education systems; they also translate that data into simplified visual arrays and representations that can be easily copied, reshuffled, recombined, superimposed, moved around and reproduced in other places.  These data visualizations may then be mobilized to re-imagine, influence and shape educational practices.

Pearson’s Learning Bank, for example, consists of a variety of highly sophisticated forms of visualization. These include dynamic heatmaps and time series country comparison tools—rendered in semantically resonant colors and shades—that make state education systems intelligible as calculable spaces upon which interventions can be targeted. Its country infographic profiles condense on to one visual map of the world different data from a variety of global and national sources. It also generates comparable graphical profiles of educational input indicators, educational output indicators, and socio-economic indicators. This suite of visualization tools transforms the complexity of national education systems into visual freeze frames that stabilize huge quantities of messy data into coherent and persuasive representations which may be used to construct reformatory arguments and to reinforce policy messages.

Visualization is not only being used at the large scale, but also to make individuals’ learning progress visible. Educational data mining technologies such as the learning analytics platform Knewton, for example, increasingly configure the individual learner out of digital data traces, rendered visible in terms of numbers, in order to assess, evaluate, and then anticipate or predict future educational progress. These developments point to the significant role of data visualization in rendering education visible and actionable through the data traces of individual learners. The learner represented by learning analytics is disembodied as graphical displays of assessment data, psychometric profiles, social network maps, and ‘data dashboards.’ These visualizations matter because the predictive analytics on which they are based shape learners’ possibilities for action — they create ‘actionable insights’ as it says on the Knewton website.

The process of diagrammatizing education as a visualization, diagram, or an infographic can fundamentally affect the meanings and interpretations of educational issues that are possible. The graphical framing and coloring of interpretation then influences action and intervention, both at the level of national and even global education policy, and also at the level of the individual learner. State education and the individual learner alike are being made into quantifiable and calculable information by the contemporary statistical project of data visualization.

Given the influence of visualization, new experts such as data analysis consultants, global data collection agencies, and commercial companies that can accumulate and present information graphically are increasingly acting as powerful centers of visualization in education. The new exhibitionary practices of contemporary education make visualization techniques and technologies into powerful forces of evaluation and action. They reconstitute education systems and practices not as physical spaces peopled by bodies engaging in material practices, but as a virtual dataverse of data collection, calculation and visualization.