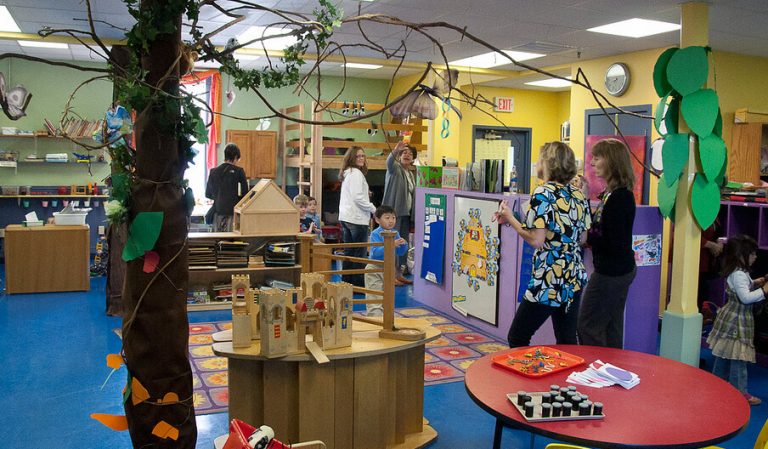 As a researcher of urban education and parent of a child entering public pre-K in New York City this fall, my professional and personal interests converged this past year as I visited schools and poured over school performance data, along with every other parent of a 3-year-old in the city. I practically squealed with pleasure when the Department of Education released its newest data tool, the School Performance Dashboard. The Dashboard makes the process of at-a-glance school comparison that much easier, at least for parents conversant in the languages of data and quantitative measurement, who are interested in data-driven decision-making. It certainly seemed like a better methodology than simply following the hive mind and received wisdom of the playground, birthday party and preschool pick-up circuit.

Even as I quickly realized the utility of this tool for enabling a personal calculus around my child’s schooling options, I was preoccupied with an underlying uncertainty of whether this data push in the education space would promote equality of opportunity, merely document inequality, or perhaps even increase racial and socioeconomic segregation. Data itself has become the seemingly rational tool driving often irrational choice.

The hive mind of a gentrifying Brooklyn neighborhood is a funny thing. When it decides that a school has “gotten better,” what it really means is “people like us are sending our kids there.” As the author of the Q at Parkside writes, “A lot of parents I talk to, of the middle class variety, many of them white, are basically uncomfortable about integrating a very poor almost all brown-skinned demographic.” Folks are, by and large, well intentioned, and politically committed to racial and socioeconomic integration in the abstract (and if they aren’t, they won’t say so). But, this commitment often fails to translate to matters of their kids’ education.

There are a few ways of discerning if a school has flipped and enrolls a critical mass of children of gentrifying parents, a process that lags behind neighborhood-level demographic transformation. Some particularly incurious people look to surface-level demographics, the quick and dirty method of counting the white faces on the playground, but this points to race more than class, and class is the indicator that matters. It has been well-established since the Coleman report of 1966, formally known as the Equality of Educational Opportunity study that the success of low-income students is tied to whether they attend schools with wealthier students. Contrary to the hive mind, attending schools with low-income students does not negatively affect the performance of middle, upper-middle class and wealthy students.

Another common method of lay assessment is only somewhat more scientific. This involves doing a content analysis of the school’s digital footprint, looking for evidence of “parental involvement.” This is most often a code word for a critical mass of middle class families in that it presupposes an excess of time, human, and financial resources at the domestic level.

Next, there is the ritualized due diligence of the school tour, conversations with the parent coordinator, the tried-and-true method of asking parents of older kids for the low-down, activities that allow potential parents to collect more granular information about the school “culture” and what kind of classed subject position[s] the schools sees itself as inculcating into students. The various data streams packaged into the School Performance Dashboard inject yet another dimension into the decision-making process.

Accountability as a lever for equity presumes that market-based solutions can work in the best interest of all students, including the less advantaged. When combined with school choice policies, it positions parents and students as consumers in an educational marketplace, autonomous free agents responsible for maximizing their own opportunities. Schools are likewise figured as service providers who must navigate a competitive choice marketplace as they vie for students/customers. But, educational marketplaces disproportionately advantage those with the time, confidence, social capital, and institutional knowledge to navigate the system. Too often choice-based systems have the (intended or unintended) consequence of reinforcing school segregation, as has happened in New York City.

After all, accountability in education pivots on a fundamentally problematic theory of change. It imagines information as leading to better outcomes for students across the board, without interrogating how the provision of information may differentially advantage some individuals and groups over others, and how “choice” is unequally distributed. One effect of accountability initiatives like the School Performance Dashboard I was given as an NYC parent is to make it easier for parents to self-segregate by race and class and to justify this behavior as rational and politically neutral.

Data is great at masking its own embedded bias, and school performance data allows privileged parents to reinforce educational inequality. The best interests of some individuals are optimized at the expense of the society. Accountability programs, particularly when coupled with school choice models, serve to keep middle and upper middle class families invested in public schools, but in an uneven and patterned way, causing segregated school environments to persist despite racial and socioeconomic residential diversity.