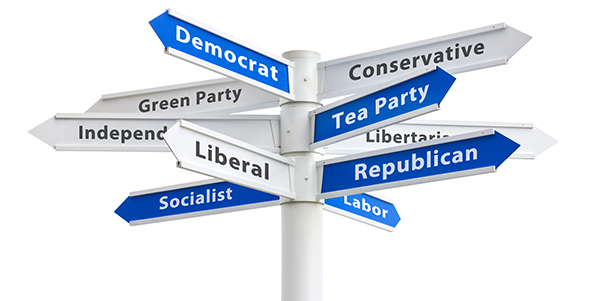 Educators have long been responsible for supporting the growth and development of all young people. The job of designing engaging lessons, promoting respectful discussion, creating an inclusive classroom, and preparing youth for life in democratic society is never an easy one. We expect educators to perform these and countless other feats on a daily basis. And, this particular political moment is especially challenging. Characterized by record-high indicators of polarization and ideological discord among our major political parties, this political moment has made educators’ routine job duties remarkably challenging and ever-important. What follows is a brief overview of a few of the significant challenges that face educators today. This document also provides a handful of supplementary resources to support equitable teaching and learning in this political moment (accessible through the open-access hyperlinks).

Hate Speech in Your Classroom, School, or Youth Program

What is hate speech?

Hate speech can take many forms, but simply put, it is speech that attacks a person or group on the basis of attributes like gender, ethnic origin, race, religion, disability, or sexual orientation. Recent examples of hate speech include students in Indiana chanting “Build that wall” toward their Hispanic peers and students in Missouri cheering for “Trump” as they told their Black peers to move to the back of the bus. Such outright displays of racial and ethnic discrimination have become increasingly frequent in the months leading up to and following the 2016 presidential election. But, hate speech can also take forms less likely to be captured in the mainstream media, such as students being bullied for living in certain parts of town, dressing certain ways, or talking differently than their peers. As educators, we must come together around effective and productive ways to address hate speech, in all its forms.

Hate speech in this political moment:

Schools have always been obligated under federal civil rights laws to respond to harassment and bullying of all students, regardless of their race, ethnicity or national origin. However just ensuring the fulfillment of that obligation has become increasingly difficult in recent months, with more frequent public displays of nativism and xenophobia around the country. According to the Southern Poverty Law Center, in the first three months after the election, there were more than 1,000 reported bias incidents of hate. As reported by Education Week, the U.S. Department of Education stated that schools should be taking extra steps during this particular political moment to ensure that all students, including Muslims, immigrants, and refugees, feel safe and free from discrimination. Of import, educators at all levels are simultaneously tasked with ensuring that all students are able to feel safe to express their views, regardless of which side of the political spectrum they fall. Such a task requires creating a safe space for all students’ viewpoints, including that of conservative students like Amanda Delekta, political director for the College Republicans at the University of Michigan, who echoes conservative students across the country in saying they too need “safe spaces” in which to express their views. Working to ensure that your classroom is free of hate speech and respectful of all speech, is indeed a tall order in this political moment.

Resources for how to handle hate speech:

Immigration-related Fears in Your Classroom, School, or Youth Program

What would immigration–related fears look like in your classroom?

For undocumented students, the walk or drive to and from school is often filled with anxiety. If engaged by law enforcement for even a nominal offense, like a broken headlight or jay-walking, the officer’s request for “papers” could result in life-altering consequences, such as the deportation of oneself or one’s family members. These fears can increase the stressors of routine classroom life, taking forms that can range from difficulty focusing on lectures to increased tardiness or even absenteeism. Undocumented students often worry, too, about being able to provide the necessary documentation to apply for higher education — and this can impact everyday classroom participation and behavior. Being undocumented, or having undocumented family members or friends can also result in an increased reticence to talk about political issues in the classroom, even if that classroom has been deemed a safe or sanctuary space. In whatever form they take, immigration-related fears are real for young people across the country, and teachers’ role in supporting them ever more consequential today.

Immigration issues in this political moment:

Life in the margins is not new for undocumented students, many of whom are not able to participate fully in civic life or the pursuit of an education for fear of being deported. Given the anti-Mexican and anti- immigrant rhetoric that colored Trump’s campaign, as well as the wave of immigration-related executive actions including the travel ban and recent memos on border security, there are heightened immigration-related fears among already vulnerable communities around the nation. These fears are no less real among students in our schools.

For example, Ciriac Alvarez Valle, an undergraduate at the University of Utah is among the more than 750,000 students currently protected from deportation under DACA, the Deferred Action for Childhood Arrivals executive order that Obama enacted in 2002. This order permitted undocumented immigrants who arrived in the U.S. as children to work and study on a temporary basis. In an interview with NPR, Valle expressed an amplified sense of anxiety since the election in regard to completing her education, noting that “As we see now, there’s a lot of fear and anxiety as we await for President Trump to do something, whether he’s going to take it [DACA] away or not.” And as Diana Chacon (a student recipient of DACA) reminds us, the relationship between regulations like DACA and schooling are critical: “DACA changed my life. It allowed me to be involved in school more, spend more time doing my class work assignments, spend more time applying for programs, and just get involved in my community in general.”

Resources for supporting your students:

Credibility in Your Classroom, School, or Youth Program

What does it mean for something to be credible?

Credibility refers to the degree to which a source of information can be considered trustworthy and reliable. When truth claims are made, for example, people often look for supporting evidence in the form of credible primary and/or secondary sources (e.g. survey/interview data or journal articles/textbooks). Within the realm of education, issues of credibility are of supreme importance. From textbook assignments to research projects, educators across subject areas are often tasked with supporting students in learning how to engage in high quality research and investigation, from the inclusion of a bibliography in a book report to an extensive literature review on a research paper.

Issues of credibility and media literacy in this political moment:

According to a recent study by Stanford Education Research group, students often have a tough time discerning real news from what is now commonly called “fake” news. In other words, many students find it challenging to spot the difference between a news report or website that is credible and trustworthy, versus one that is not. Given the central stage that “fake” news has taken in this political moment, it is even more important that young people are equipped with a diversity of resources and tools to navigate and thrive within today’s digital age. According to educator Annette Yono: “The [recent] presidential election magnifies the significance of teaching our children to be critical thinkers. Even our youngest students need to begin to differentiate between fact and opinion, discuss and learn to identify an author’s viewpoints, and [analyze] an argument. Students need to learn how to examine media from various sources and determine their credibility.”

Resources for how to support young people:

What does it mean to discuss a controversial issue in your classroom or youth program? (And why even go there?)

Being able to participate in meaningful dialogue with one’s peers and fellow citizens has long been considered an integral part of full participation in educational, community, and work spaces. Engaging in authentic dialogue with those who do not share similar perspectives or experiences can be challenging; but it is critical to the maintenance of a healthy democracy and an inclusive, more just world. Within education, discussion of “controversial” issues — that is, political issues on which people do not always agree — has largely been restricted to the realm of the history or civics classroom. And yet today, with heightened visibility around the interconnected and diverse nature of our society, including the many peoples, institutions, and disciplines which give it life, what counts as controversial has changed. Encountering a topic that garners debate among students or young people is no longer restricted to the government/economics class or to the climate change section of the science textbook. According to Professor Diana Hess, Dean of the School of Education at the University of Wisconsin, fostering healthy discussion on and engagement with controversial issues is indeed one of the most important jobs of educators. Because while the notion of what constitutes a controversial issue will vary across place, space, and time, an educator’s willingness to teach their students how to discuss such issues ought not.

Why it’s even more salient in this political moment:

In a report released by the Southern Poverty Law Center in late 2016, the “Trump Effect” has had a real and consequential effect on the nation’s schools. What this means with regard to fostering dialogue in the current moment is this: Across political lines, educators have the increasingly difficult task of encouraging critical thinking and productive, collaborative, and engaged discussion — two bedrocks of education at all levels — in a palpably tense climate of difference. Rather than understood as a productive jumping off point or resource for diversity, difference is often being taken up in unnecessarily polarizing ways — ways that stymie the inherent teaching and learning potential of moments and spaces of contradiction and tension.

According to Mica Pollock, a professor of education at the University of San Diego, “schools must foster dialogue on controversial issues, not squelch it.” Achieving such a standard is no easy feat in a mild political climate, never mind today’s current state of affairs. For example, according to Francis Gilbert, an English and media studies teacher: “Teachers are nervous about talking politics because you’ve got to be careful that you’re not offering propaganda.” And, considering the fact that many schools have long embraced a “no personal views” stance on teaching and politics, it is no wonder that teachers are now finding themselves wary of engaging any topic or curricular material that might surface or exacerbate already polarized political viewpoints among their students.

But, as Diana Hess and Paul McAvoy of This Political Classroom remind us, avoiding teaching controversial issues is not the way forward. In fact, given such a heightened moment of polarity in contemporary society, now, and in our schools, is precisely the time to be teaching controversial issues with diverse groups of young people. This is because schools are heterogeneous settings that are at once developmental and in many cases, diverse. Schools and out-of-school programs alike are spaces in which young people can, with the support of more experienced others and educational resources, develop the sorts of skills necessary to respectfully talk about controversial issues in a reasoned, respectful, and informed way.

Resources for how to do this in your classroom: