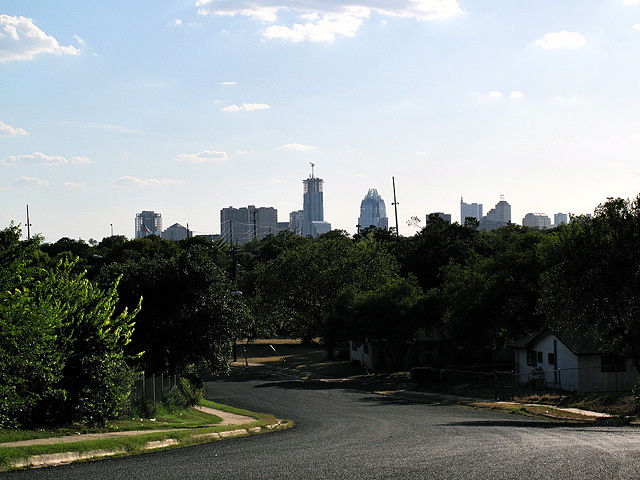 When President Barack Obama decided to kick off his “Middle Class Jobs and Opportunity Tours” in Austin it highlighted once again the city’s reputation as a growth sector in the nation’s creative and high tech economy. Over the last few years the arrival of Apple, Google, Facebook and others has diversified Austin’s creative economy which has long provided a home for Dell, IBM, and Applied Materials Inc. According to the White House, the President’s visit was to observe, listen, and explore how the innovation and industry in Austin might serve as a model for other cities around the country.

In his book, The New Geography of Jobs, economist Enrico Moretti characterizes Austin as an innovation hub. What is an innovation hub? These are cities that have a highly-educated labor force, high levels of human capital, and a strong innovation sector. A highly educated region attracts more highly educated workers leading to a rise in incomes, upward mobility, and quality of life.  Moretti argues that our cities are divided not simply by race or class but also by geography and, more precisely, the making of well educated and poorly educated regions. This trend is symptomatic of what Moretti calls the “Great Divergence,” a situation in which the innovation hubs (think Silicon Valley) are rapidly pulling away from cities that were once industrial or manufacturing hubs (think Detroit). 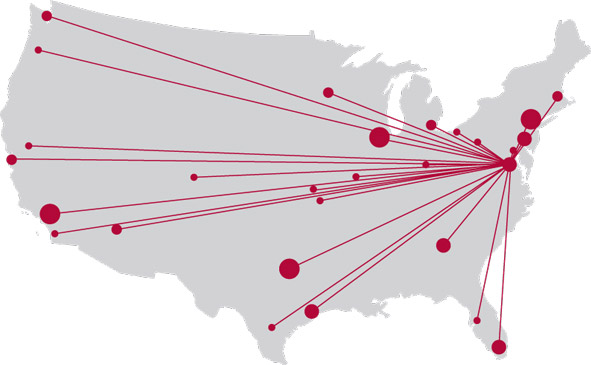 The Hidden Realities of Innovation Hubs

There is, however, an underside to the rise of innovation hubs. Importantly, the vast majority of U.S. workers will never be employed in the high skill, high income jobs that are driving our creative and knowledge economy. According to Monretti, about ten percent of all of the jobs in the U.S. belong to the innovation sector. He adds that even during its peak the manufacturing sector in the U.S. never employed more than thirty percent of the U.S. labor force. And while innovation hubs are economic growth engines it is what Monretti calls the “multiplier effect” that makes them particularly interesting. For every high tech job that is created in an innovation hub another five service-oriented jobs are added. These jobs may range from skilled occupations (lawyers, teachers) to unskilled occupations (hairdressers, waiters).

Austin is an interesting case study of the complexities of the “Great Divergence.”  The growth in Austin’s creative class has given rise to a service sector that finds itself on the edges of the innovation and opportunities that are driving Austin’s creative economy. New U.S. Census data reveals that the Austin metropolitan was the fourth fastest growing between 2011-2012. But far more people in Austin will be employed in service-oriented jobs rather than the creative industry jobs that generate substantial attention and a visit from the President of the United States.

During our year-long research at Texas City High School (TCHS) it was clear that many of the teachers and administrators were aware of Austin’s economic growth. TCHS and its families sit literally and figuratively on the edge of Austin’s thriving creative economy. Like a number of metropolitan areas around the U.S. there has been a big re-shift in where Austin families with school-age children live. A surging number of Austin families with school age children are making their way to the city’s fringe and suburbs.  And those suburbs are undergoing a change. In their book, Confronting Suburban Poverty in America, Elizabeth Kneebone and Alan Berube of the Brookings Institute  argue that between 2000-2011 poverty in America’s suburbs grew by 64% compared to 29% in cities. During this period the rate of poverty in Austin’s suburbs grew more than any other city in the U.S. with the exception of Atlanta.

Like many suburban and urban fringe communities around the country the school district that serves TCHS students and their families lacks the infrastructure, capital, and, to this point, vision to grapple with a growing population of kids who are tightly clustered in low-education, low-income communities. These social, economic, and geographical shifts establish a critical context for the research that we have been doing on digital media, learning, and future pathways for the young students we met at TCHS.

The core tension in our work pivots around this question: to what extent can young people located in the social, financial, geographical, and educational margins find opportunity for social and economic mobility? Moreover, what is the role of digital media and learning in this context?

Over the last two years TCHS has made a concerted effort to begin offering classes—game development, technology applications, and digital arts—that aspire to ready students for a rapidly evolving global and knowledge economy. It was not unusual to hear the technology teachers mention Austin’s role in the innovation economy in hopes of convincing students to show more drive and interest in school. All around the United States under-resourced schools like TCHS are confronting what will be one of our defining educational dilemmas: to what extent should the investment in a digital media curriculum develop a vocational and/or academic track? What kinds of skills and dispositions does each track develop?  And how will those skills translate in future economies? Currently, the classes at TCHS lean more toward the vocational and not the educational. This particular approach emphasizes gaining skills to get a job today rather than gaining skills to attend college or prepare for the jobs of tomorrow.

Even as TCHS strives to equip its classrooms with 21st tools and its students with 21st skills the challenge it faces in preparing students for the opportunities that are emerging in today’s knowledge economy are formidable. The students at TCHS are cut off, literally and figuratively, from the social networks, information channels, and institutions that provide access to the creative industries forming in their own back yard. A decisive majority of the Hispanic and African American students at TCHS are not college bound. Consequently, the opportunities to expand their social networks and pathways for economic and social mobility are not that great.

As much as anything else communities like TCHS suffer from a severe lack of social capital and social connectivity. Combine all of this with low educational attainment and these students might as well be living in Dehli or Detroit. In other words, though they live in one of the nation’s leading innovation hubs most of the students also reside in a separate, disconnected, and unequal world. This is the hidden reality of innovation hubs.

Connecting poor students to rich social networks, institutional agents, and opportunity is one of the great challenges we face in closing America’s digital, learning, and economic divides.