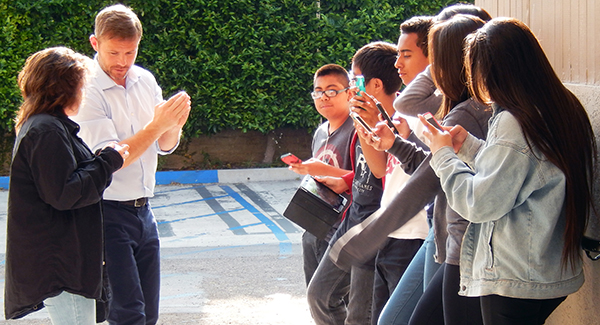 When MOOCs came along, and were swiftly adopted as the latest venture-funded startup fad, many who didn’t receive so much publicity back then started thinking of possibilities other than massive courses or strictly commercial open courses. Peter Shukie, lecturer at Community College, Blackburn, UK, and doctoral student at Lancaster University, started experimenting with “COOCs” — Community Open Online Courses.

“The idea came from my experiences in adult literacy and community education, especially around students and teachers who seemed to be excluded — while at the same time being courted — by moves toward a technology-inspired learning ecology. At the same time, I was hearing many staff and students bemoan the way that technology was ‘getting in the way of learning,’ I was seeing the world of Web 2.0 possibilities. After following the emergence of MOOCs and the way they were portrayed at first as a Borg-like mass of traditional educational institutions and entrepreneurial institutions, it seemed to me that the biggest issue was not the technology — videos, forums, chats, and online texts — but the way it was being introduced by business managers and governments, policy-makers and software salespeople, start-ups and big universities with little indication that the technology had emerged from any kind of educational evaluation,” Shukie says.

Like many of us, Shukie was inspired by Jim Groom and what was called at the time “Edupunk” (a term Groom no longer uses), a pedagogical approach that emphasized openness, participation, learner-driven curriculum, experimentation, DIY ethos. Another influence was Sugata Mitra’s “Self-Organized Learning Environments.”

“It has been important that COOCs is not linked to an institution but stands as a free space where creativity and exploration are the goals. The curriculum is whatever people want it to be and it is decided by the users.  I have been motivated in the past by popular educators such as Paulo Freire, Myles Horton and Tom Lovett.  The idea that the secret is not a secret, that the goal is not elusive and that learning is not a mystery always needs the involvement and motivation of the learners has driven me. COOCs rely on people being willing to share what they know, to be willing to try creatively to express their interests and ideas and be motivated to do so out of an innate human need to learn, and develop,” Shukie says.

The basic principles of COOCs are simple: Learning is everywhere, not just in institutions. Like P2PU, anyone can start a course at any time, for no cost, about any subject. Interest comes first and the course, as decided by those who are interested in learning a subject, derives from that. Like peeragogy, COOCs don’t even require a designated instructor — the group can decide for itself whether to follow an instructor or divide the labor of facilitating learning. Do they “work?” Shukie believes that assessment of the effectiveness of a course should belong to the learner: Drop-out rates don’t matter if learners feel that they’ve learned something. Assessment and evaluation are not ruled out, but they are defined by the learners.

In our video interview, Shukie and I talk about how COOCs work and how they are working.