How do museums prepare for the arrival of the future, positioning themselves to be leaders in the learning ecology of tomorrow? To find out I spoke with one person who keeps an eye on that horizon — Elizabeth Merritt — from the Center for the Future of Museums. We spoke about augmented reality, digital badges and how museums can become a transformative force in education. 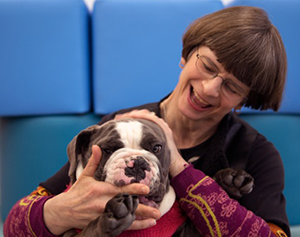 I’m Elizabeth Merritt, vice president for strategic foresight and founding director of the Center for the Future of Museums at the American Alliance of Museums.

That’s a lot of interesting phrases! Please break it down.

Well, second part first. In about 2008, I launched the Center for the Future of Museums at the American Alliance of Museums. This was one of the new initiatives started in the honor of AAM’s 100th Anniversary, which was in 2006. The board wanted some ideas for ways the association could lead museums in the 21st century. The staff came back and said that’s kind of hard if you don’t know what the 21st century is going to be like. One of the ideas that the board decided to approve was to have a think tank inside the association that’s trying to do trends forecasting. So, that’s the founding director part.

And, then, more recently just at the end of last year, I got promoted to vice president for strategic foresight, which is a title I totally made up.

Yes, thank you. I like making up weird titles because then you get to tell people what’s involved in doing that job.

In the case of “VP, strategic foresight,” my thought is that one of the fringe benefits of doing future thinking should be learning how change affects the environment that associations are working in, and then applying it to AAM’s business decisions.

So, where does digital learning fit into the landscape?

Well, it’s huge because one of the major issues that we’ve identified in our work is the potentially transformative role museums will play in 21st century education as we transition away from what many people are tagging as a moribund era of education, one that’s based on all sorts of loaded assumptions about how kids learn, what they should be learning and why they’re learning.

To me, there’s the question of impact. If you accept that there’s maybe 25,000 to 35,000 museums in the U.S., how deep an impact can they really have on all of the kids who need a good learning experience? And, there are two ways you can get that impact.

There’s the face-to-face, place-based impact, whether it’s in the museum or the museum taking some of its resources out in the environment. And, then, there’s purely digital engagement. And, when you try and figure out how to scale enough so that any learner in the U.S. could have significant access to museum resources, digital plays a key role. It’s not just constrained by a museum’s four walls. There are no boundaries and it could scale infinitely; potentially it can be a hundred, a thousand times greater reach than you’d get from any kind of face-to-face interaction.

You produce an annual report called TrendsWatch. What have been some digital learning trends you’ve seen emerging, not just in the past year but in recent years? 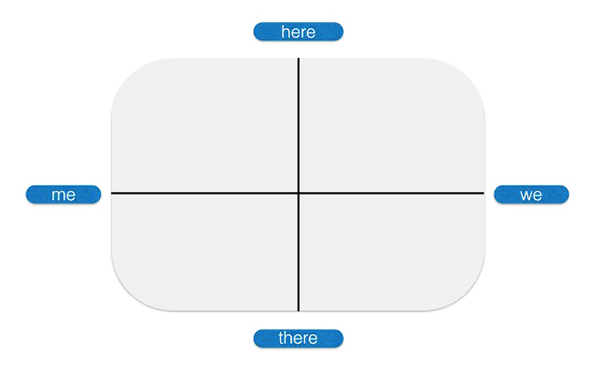 I’m really excited by the potential for augmented and virtual reality, both to convey museum content in new ways and to supplement it.

And, thank you very much for your work on AR/VR, because you framed my thinking about how these new technologies are fitting into the matrix of how and where people experience digital resources within the museum. Is it just them? Is it a social experience with their friends? Is it enhancing their experience of the physical museum or is it taking them somewhere they don’t have physical access to? I think all four quadrants of that matrix have incredible potential.

There is a real barrier for museums, for the large chunk of the American public, who just don’t get it, who don’t go into museums and say “Wow!” I don’t know if you are familiar with Reach Advisers R+D. They’ve been doing a lot of public opinion polls about museums and there’s one very depressing pie chart they have…

Go ahead. Make me sad.

It shows that the percentage of the American public who really are enthusiastically in love with museums is about 5%.

Yeah, I’m sorry. Of course, we’d like that to be much bigger.

But, I think part of our challenge is that a lot of what’s in museums requires a big leap of the imagination or a lot of background context. Walking into a natural history museum and seeing a fossil dinosaur bone requires having a conception of what that means — the span of the time that’s embodied in that fossil, the kind of animal that it represents, the environment that would have created that animal. That’s a big leap. And, some people get it and it’s like “Wow, it’s a fabulous fossil. I feel so impressed by being able to see this thing.” But, for other people, I think the potential of augmented or virtual reality is to fill in the blanks that they’re not getting. AR and VR can help bridge that gap from the physical object to the passion, and the enthusiasm, and the awe we want them to have.

What are some other specific areas of digital learning that we’re starting to see emerging?

If you have really embraced distributive learning — whether it’s the kid doing a project out at the public park or a child coming into a museum and doing an internship or creating their own self-generated learning experience — how do you translate that to any kind of portfolio of work that someone can assess? I think that digital credentialing has huge potential for leveling the playing field between what are currently alternative or out-of-school learning experiences and more formal experiences that people already know how to assess.

So, how do we go from a traditional resume — I went to this high school, these were my grades, here are my SAT scores, I went to college, what courses did I take, did I graduate — to collecting and expressing the huge breadth of experiences, meaningful learning experiences, people can have, in lots of places, including museums? That’s where things like digital badging can play a role in making us players in the field.

Do you see museums more as a leader in paving new ways or as a sector that’s adapting successful techniques and spreading them out to broader numbers?

Both. There’s this fabulous diagram — Rogers Curve of Adoption — mapping the percentage of companies at any given time in the U.S. actually innovating and, it’s a tiny percentage, about two and a half percent. I think it works the same way in museums. There’s a small percentage of museums that I really think are cutting edge, that are doing innovations themselves, or going to companies that are doing cool things — companies like the guys working on Oculus Rift or the guys working on Magic Leap and saying, “we can do really interesting things with your technology. Let’s experiment together and see how this works.”

But, then, there are a lot of museums out of those 25,000 to 35,000 museums in U.S. that need to wait and see, either because they haven’t got the capacity to take on that kind of project themselves until there’s more of a turnkey approach or because they’re so busy just keeping the doors open. They don’t have the mental energy and space to notice what’s going on until it becomes more mainstream. On Rogers Curve, they might be among the 13% of organizations that are early adopters, or the 34% who are part of the “early majority.”

Frankly one of my goals at the Center for the Future of Museums, and one of the goals I have for CFM’s TrendsWatch report, is to try and push people, push more museums toward the front end of that curve, so they see earlier what’s going on, to have a framework for saying, “Oh, I understand why that’s important. I understand why it might be possible for me. And, maybe we should try that.”

Images courtesy Center for the Future of Museums