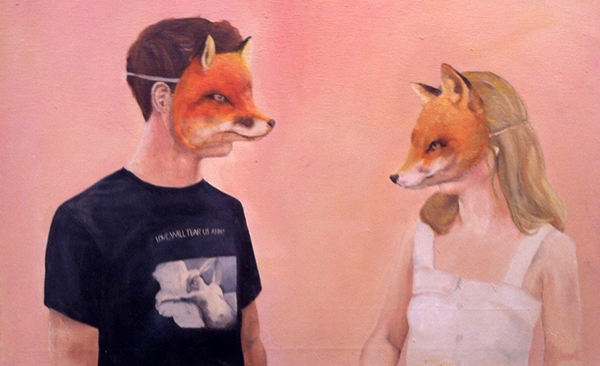 Like many of my colleagues who think carefully about digital literacy and pedagogies, I began seriously considering the use of social media platforms in educational settings — sites like Twitter, Facebook, and Tumblr — around 2008. Despite nearly a decade of innovative uses of digital platforms in educational settings, the use of these platforms and spaces continues to be trivialized by the public and teachers alike, with cries echoing about attention spans and nostalgia for the loss of face-to-face interaction, which seem more “real.” But, to continue to dismiss digital platforms, particularly those focused on social media, as trivial, misses the potential that digital platforms can serve.

Reflecting on the use of social media in education is particularly timely given the backlash we are witnessing with sites like Twitter and Facebook. Harassment, bullying, fake news, surveillance and privacy concerns are crucial problems we must all play a part in solving: how do we create a culture of kindness on the web? What is our role as curators of the web? Importantly, how do I support students as they wade through the wash of information and potential hazards they encounter as members of an open web? Instead of abandoning social media sites and the web, perhaps our role as educators is to function as mentors for both our students and the web, moving both the people and the space from adolescence to adulthood. 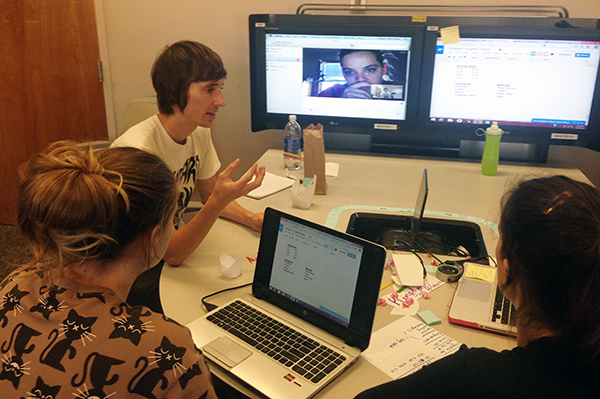 While I am more cautious than I used to be in my use of social media — no longer “requiring” students to create any kind of account and offering alternatives to blogging or tweeting — I still see huge potential in the use of social media: offering a way for students to be heard and a way for me to learn more about who they are and what they care about. I work with a variety of platforms because the range allows students to find a way of participating that works for them. I do not start by choosing a digital platform that “seems cool.” I start with a problem in teaching I am trying to solve. For example, in the case of a large writing class I designed, I was concerned with building community, offering multiple spaces for writing, and most importantly, offering up ways for students to participate besides, or in addition to, face-to-face talk in class. The design problem I need to solve — creating multiple avenues for participation in a large class — is supported by the use of digital platforms. The platform choice should also not be seen as interchangeable: I use Twitter and WordPress blogs as a way for students to be heard and I use Goodreads as a way for future teachers to network with colleagues by sharing books. The platform selection is intentional, optional, and always driven by the goal of creating avenues for participation and building community. The problems of teaching drive the choice of structures and platforms (digital or not).

I am also clear that digital platforms are not by themselves the answer to the woes and problems of classrooms. Outdated modes of teaching and learning — lecture, delivery, regurgitation — can simply be duplicated with digital technologies (think about the number of bad PowerPoint lectures you’ve sat through or how “flipped classrooms” can simply mean “watch my lecture from home”). Digital platforms can be just as limiting to students if we use them to support outdated modes of participation in the classroom. The purpose in using Twitter, for example, is not to “try Twitter,” but to solve problems related to teaching and learning that Twitter might solve.

One problem is that participation is largely taken for granted and under theorized in many classrooms. The way we make use of a term like participation is in need of rescuing: moving away from a limited view of participation as it is often linked to motivation, engagement, or hand-raising and toward the view that participation as a concept is more generative when connected to the idea of membership in communities of practice (Wenger, 1998). Our limited view of participation is evident by simply turning to the language included in most syllabi: often, syllabi list “participation points” as part of the grade of the course. I find this to be an odd way to think about participation. What we often mean is that we will give students some points for “talking in class” and “raising their hands.” But demonstrating engagement by hand-raising and talk are fairly limited views of participation, and in fact, these ways of being are more connected to performance — acting like a student — than participation. We certainly want students to participate more than 10 percent, or even half, of the time. Are they participating when they are listening and pondering the ideas of their peers? Of course they are, but how do they demonstrate that? In thinking about course design, we should consider how students become members of our classroom community and our disciplines. Social media sites can open up other avenues for participation, and further, connect students to communities of practice outside our classrooms that they hope to enter.

In “The Twitter Essay” (2012), Jesse Stommel shares his classroom Twitter assignment and argues, “Tweets often attempt to convey as much information in as few words as possible. A tweet could be seen, then, not as a paragon of the many potential horrors of student writing, but as a model of writerly concision.” For Stommel, Twitter is a way to think about, and potentially teach about, precision in language use. In our large class, students use Twitter in similar ways: they take very complex ideas we are considering in class and attempt to condense these ideas to demonstrate understanding or to pose further insights and questions. We see value in both short form and long form genres of writing. I am interested in students developing an awareness of genre and audience and choosing forms of writing that achieve these communicative goals.

Additionally, when our sea of 100 students is working in small groups around the large room, the groups designate one peer to be the “twitter lead” for the day. As the group discusses a reading, this person “tweets out” interesting ideas and questions, documenting and recording the group’s conversation. At the front of our room are three large screens: the Twitter feed scrolls as the conversations take place around the room. The instructor, students, and mentors can all see the conversations, in a very material way, taking place. We can also stop and focus on an idea, calling on a group to expand on a provocative idea that appeared in a tweet or to open a link the group has shared. The “problem” that Twitter solves on these occasions is to create a virtual space where multiple voices can be heard and where the virtual ideas are made material and productive to the class.

As another example of how social media platforms can enhance our understanding of students, I turn to Naomi. Naomi is an interesting case, not because she was a student who struggled, but because by every usual measure in a classroom, Naomi was successful. In fact, early conversations provided evidence that she was not a typical freshman: the detailed annotations she made on her reading spoke to her level of engagement with the ideas of the course. She easily summarized the theories she was reading, even asking for more reading. She turned in every assignment and never missed class. She was a good student, an exceptional student.

But, a few alarming posts began to appear in Naomi’s Twitter stream. The nature of these tweets led me to invite Naomi to coffee with me and one of our upper division writing mentors. We learned that Naomi was having a difficult time adjusting to life in the U.S. as a recent international student. She was also arguing with her parents about her major: she wanted to change her major to anthropology, but her parents were adamant that she remain in engineering. By the end of the semester, Naomi was in real crisis and returned to her home. But, Naomi’s story does have a happy ending: she eventually returned to campus, won awards, and recently graduated. In her case, and in multiple cases I could offer, social media sites disrupt common categories of students: quiet, good, smart, fast, slow, gifted. The categories are challenged, or at least amended, by the students and their use of these platforms. Naomi could have been easily overlooked due to her “success” in the class; her participation in the digital platforms offered new insights into her challenges with school, challenges that had nothing to do with academics.

Offering a variety of avenues for participation can disrupt the student categories we often take for granted. This disruption leads to a more productive and effective learning relationship — not only between the instructor and the students, but among students too: some quiet students become noticed on social media by their peers, which leads to more participation in class. For some students, like Naomi, multiple identities emerge, which helps to more fully support the whole student.

By tweeting, blogging, reading blogs, social bookmarking and annotating, and even simply lurking on digital platforms with their peers, students can become members of our classroom communities and not simply play the role of student. The digital platforms also have the potential to open up spaces beyond the walls of our classroom, helping students to see even more clearly how they are connected to larger communities of practice. In these moments, students are members of a vast community, writing alongside other bloggers and researchers, not as students, but simply as participants in the world. And, hopefully, with our encouragement and support, these students will be the ones who realize the democratic potential of the web by approaching their participation as thoughtful curators of this shared community.