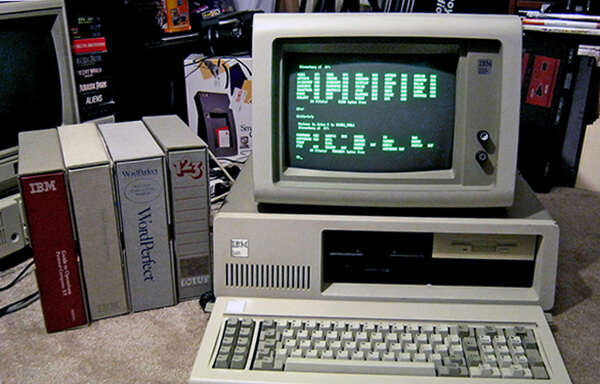 Editor’s note: This is the first part of a three-part post featuring the fourth interview in a multi-part series with participants in the Race, Memory, and the Digital Humanities Conference. The series features public intellectuals discussing digital literacy issues. 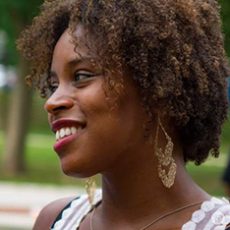 Jessica Marie Johnson is one of the country’s leading scholars on black code literacy. I’ve had the privilege of teaching with her at the Digital Humanities Summer Research Institute. At the conference my campus organized, she recently gave a thought-provoking and inspiring keynote address.

Professor Johnson’s own digital literacy story started early: “I have what feels now like an ancient picture of myself sitting in front of an IBM desktop computer in grammar school. I must have been in seventh grade. I can still remember the beeps and scratches the computer made before signing me onto AOL and I remember collecting MIDI files to customize the notification sounds my AOL Instant Messenger (AIM) produced.”

Her identity as a young writer also shaped her early interest in computers. But, gaps in broad accessibility to word processing software and an emerging set of standards required users to gain more technological literacy. As Johnson explained, “I wrote my first novel in eight grade (a not very good but enthusiastic fantasy story) in MS-DOS because a) the transition between the popularity of WordPerfect and Microsoft Word left a gap in usable word processing programs and we weren’t a Macintosh household so there was no ClarisWorks, b) I needed something free because we were a working-class household with limited options. To navigate DOS, I had to operate on the command line and, so, I taught myself shell languages. So, it feels like I’ve been on computers and thinking about digital literacy for a very long time.”

Although some young women begin to undervalue their technological knowledge and experience the so-called “confidence gap,” studied by Eszter Hargittai, Johnson wasn’t deterred. “By the time I went to high school, manipulating the computer felt very comfortable. Similar, maybe, to how grammar school students feel about being able to manipulate and hack into their mobile device. With AIM came access to Geocities, early message boards, Livejournal, and early HTML that exposed me to new ways of imagining how to bring the ideas in my head into the real world.”

As she prepared for higher education, Johnson also began to understand her literacy as heterogeneously developing in response to specific needs. “So much of what I would think about and was thinking through at the time didn’t translate readily into alphanumeric text. But, text was my craft. I was (and am) a writer. I didn’t draw well and producing films felt very much out of my league. But, the computer was right there and my mother, whose day job involved a lot of work with information technology even then, saw the direction the world was going — the importance of technology and what we call digital literacy now — and made sure that the computer was available to me if I needed it.”

As other literacy theorists have observed, Johnson understood how literacy can feel liberating to individuals yet also reveal the oppressive structures of power operating in a society. “What I really needed — and this is part of what digital literacy is about — was a way to design and draft new ways of thinking about my world and, at the same time, learn more about underlying operating systems. And, it is really important to put these needs in structural context.”

Like the young improvisers in communities of color studied by S. Craig Watkins, Johnson often made do without the newest user-friendly tech. “I mentioned that we were a working-class family with limited options, right? So, I did not have access to the latest proprietary programs or the newest computers. Software didn’t get outdated in the 1990s at the rate that it does now, but technology still moved faster than my mother’s pocketbook. So, I needed to be able to learn the guts of any system I was working in so that I could make updates on my own and at least keep the computer doing what I needed it to do until we could get new tech. And, it wasn’t precarious, I never felt a sense of scarcity or loss having to do so (Nikki Giovanni’s  poem, ‘Nikki-Rosa’ with the line ‘Black love is Black wealth’ comes to mind), because it was always interesting on the command line and it never occurred to me to do anything different.”

“And, I think of my classmates at the time, who knew how to break into phones and pagers, who could code before coding even meant anything of worth because there we were still reading Encyclopedia Brittanica when we had a question and there was no Google or Wikipedia to think about the kind of things we knew how to ‘hack’ and, I mean, we hadn’t even gone to high school yet! But, we knew that if we got hardware for Christmas or however it was paid for or passed down to us, we weren’t getting any more for a while so we were our own IT.”

“This is digital literacy,” Johnson asserted. “It isn’t about learning a skillset. It is about a skillset being a survival tactic and a structural critique at the same time. Getting into the guts of any technology and learning how it works because you are curious or you perceive needing it for employment later is a privilege. We did it because we had to. I don’t think that is dissimilar from sixth, seventh, eight graders (or younger) today.”