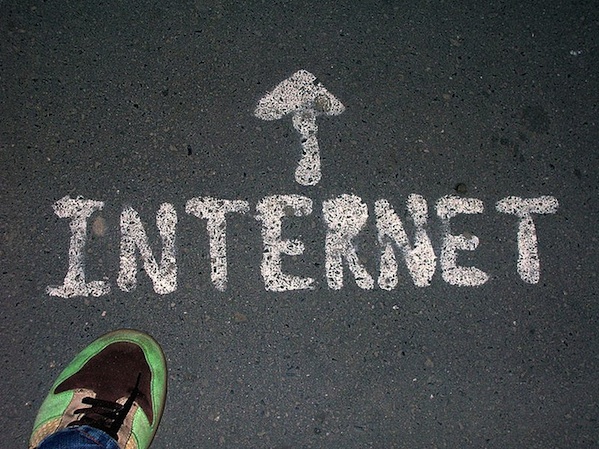 I’m not a label person. Really, I usually don’t care what we call something. However, sometimes the words we call the tools and practices of teachers get in the way of acceptance, adoption, and policy. At the recent Urban Sites Network Conference in Boston, always-inspiring educator and writer Linda Christensen led a group of teachers through a “mixer.” In her book, Reading, Writing, and Rising Up, this activity–one I use in my classroom–was called a “tea party.” It was with amusement and a tinge of sadness to realize why the name has changed.

And though couched less in bi-partisan politics than the “tea party” example, I am concerned about the way we are limiting and problematizing the important work the digital media community is doing simply through a label. The idea of “new media” is well beyond its sell-by date.

“New media” acts as a catchall for the kinds of technology and tools that are digital in nature. Other than that, there is little tying these tools together. And so, educators can think of PowerPoint as a new media tool even though the Microsoft product is more than 20 years old. Likewise, photography, video editing, wikis, blogging, social networking, and pretty much anything else that happens on a machine that requires electricity is lumped under the “new” descriptor. It’s not a very useful label in this sense and gives a vague idea of what learning practices are emerging or engaged when educators utilize “new” media.

Collectively, we are stalling the development and adoption of participatory learning practices through the use of this language. As long as teachers (both veteran and “new” teachers) consider tweeting, wiki integration, and the bevy of other exciting learning tools and practices that the digital media community is creating to be “new,” there will be a reluctance to accept them as legitimated components of classroom practice.

The environment our students are engaging in today is significantly different than at any time in the past. Student learning and engagement out of schools is drastically different than what it ever looked like. Classroom practice needs to be reframed to address the way student dispositions toward learning have evolved. The tools teachers use require a litany of digital tools and appropriate critical understanding of their application. However, without redefining the terms we are using to describe these tools and student work, digital technologies can actually be perceived as a cult-like sub-genre of the stuff teachers use; it can be looked on with bemusement by a critical mass of teachers as a pedagogical circus sideshow.

“New” makes low-fi filmmaking in my class, analysis of YouTube videos, and even social networking seem like extra stuff that teachers on the fringe are playing with. It makes the work playful in a way that moves it beyond policy adoption and allows it to be a supplement to how students can learn.

I’m not that invested in any specific new language to replace “new media” label. That being said, through an organic process a new title needs to emerge and it needs to emerge quickly – the longer we are mired by “new,” the longer digital media will be held in disregard by too many educators.

Personally, I like the term “participatory media.” It gives a description of the way technology is augmenting learning–increased participation and buy-in through a myriad of strategies. It de-emphasizes the digital nature of the work, highlighting that it can be applied in any classroom (not just the crazy English teacher down the hall or the media coach the school is subsidizing). It is also a term that is being used by numerous researchers already, making widespread adoption an easier proposition.

Even up to a couple months ago, I too, was a “new” culprit; I would regularly speak of the role of new media to fellow teachers, to my students, and to the handful of people I asked to proofread, comment on, and review my dissertation proposal. Likewise, I want to admit that it feels somewhat silly to be bemoaning a word. I think of the students I’m working with, the educational battles being waged at their behest in Washington, in Sacramento, in the Los Angeles Unified School District offices, and know we have many other big issues. However, as trivial as three letters may seem, I’m struck by the reality that its use is directly impacting who and how students are engaging in meaningful learning opportunities. I cannot think of a more important issue than that.