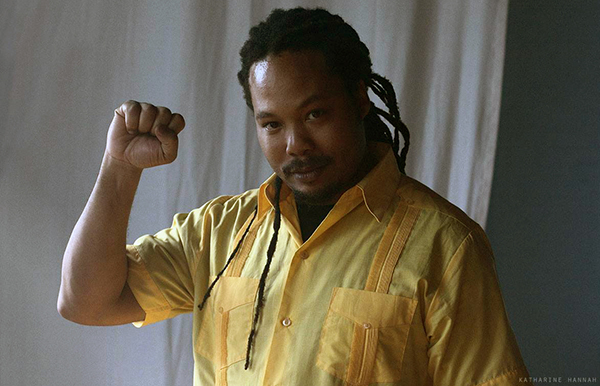 It was more than 10 years ago that I first met Brother Mike, before the launch of our Digital Media and Learning initiative and before the birth of the Digital Youth Network program. The work was in its infancy. We were just developing the initiative and had given out three grants. One to Henry Jenkins, to explore and conceptualize new media literacy. One to Mimi Ito and the late Peter Lyman, to launch the largest ethnographic study of how young people participate with digital media. And, the third to Nichole Pinkard to begin an after-school program on the South Side of Chicago that would explore new approaches to learning with digital media. 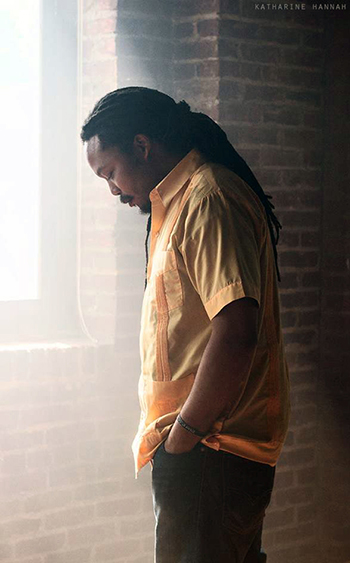 Nichole and Akili Lee launched their initial program out of a middle school. It was there, in a cramped conference room in the basement, where I met this young, soft-spoken man everyone referred to as Brother Mike. Akili and Nichole were looking to add a music and spoken word component to the program. They had been working with a very well intentioned young man from the north side of Chicago, who had been running a well-regarded hip-hop music program in several schools in the city. It was a program that had received philanthropic dollars and had been chronicled in a book. Akili and Nichole were somewhat concerned about the program, however, and Akili had brought Brother Mike in for a discussion. At the time, the emphasis in after-school programs was on youth empowerment. The program in question did an extraordinary job of engaging youth and enabling them to produce music. Wonderful work, really, until one actually paid attention to the lyrics. Even then, the notion of empowerment often involved the notion of “giving youth voice.” The issue, however, was that without guidance, youth voice was tending to mimic the lyrics of violent rap music rather than express their own realities. Brother Mike had a very different approach.

He was clear: empowerment means little if young people aren’t held accountable for their words. Their words, Brother Mike argued, ought to reflect their world, and not simply mirror the drama of pop culture or the lyrics of rap music. It was okay for youth to be inspired by pop culture, he said, but their empowerment ought to include attention to their world, their emotions and their experiences. You know who won that debate — and stayed to become the soul of the Digital Youth Network and the entire DML community and portfolio.

As powerful an impression as Brother Mike made in that first interaction, that was even more the case six months later. By then, the Digital Youth Network program was up and running, and it was time for me to bring my foundation president for a site visit. Akili and Nichole gave him a tour of the school, explaining the meaning of one-to-one laptops and wireless networking. At the end of the tour, we walked into a room of 20 middle-school aged boys and girls — Shani, Terrence, Malcolm, George, Will, Shacara were all there — watching a skit from In Living Color that starred Jamie Foxx doing a parody of Sir Mix Alot’s “I like big butts.” (This was before Jamie Foxx hit it big). The images on the screen were graphic, the lyrics and beat were loud, and the room was chaotic. The kids were singing, laughing, clapping, dancing and shaking various parts of their bodies. I was — in a word — horrified. This was the one shot I had at showing my foundation president a new vision of learning. I turned to Akili with a look, I’m sure, of complete terror. He just motioned for me to be calm. Within 10 minutes, Brother Mike had, with the gentlest of voices, shifted the ruckus into one of the deepest and most engaging discussions I had ever heard sixth-graders participate in about their community, violence, feminism, identity and poetry. By the end of the hour, he had them begging to write a counternarrative to the depiction of women — and we at MacArthur had the support of the foundation president behind the initiative. And, Brother Mike was just getting started. I have always been in awe of his ability to listen so keenly to the youth, to understand their world, to create safe and inviting spaces for them, and enable their critical and thoughtful and creative voices; to inspire and guide them in becoming the voices of their community with pride and accountability.

Two years later, Akili, Nichole, Brother Mike, and I met to discuss the future of the Digital Youth Network. It was clearly time for all of us to think about how to scale their extraordinary work, but the question was how. With a little anxiety — after all, I was asking them to completely change what they were doing — I suggested that they move their work into the public library. To say my suggestion was met with silence is an understatement. Brother Mike gave me his signature look — chin down, big eyes, sly smile, shake of his head sideways, and a soft  “whaaattt?”  By the end of the meeting, he was rubbing his hands together.

There are so many extraordinary things about Brother Mike. One was his appetite for learning. When he started with the Digital Youth Network, he was a spoken word poet; with the guidance of Akili and Nichole, he quickly became a digital media artist. When he moved to the Harold Washington Public Library, he devoured everything about the library culture, the possibilities of the different artifacts and resources of the library for engaging youth, integrating traditional and new media, and developing partnerships across the city. He also adapted quickly to working with a high school population from across the city and exploring the new ideas coming out of the DML research, including what would become the library’s signature approach — HOMAGO (hanging out, messing around and geeking out). Within a year of opening, Brother Mike, Taylor Bayless, and Erica Neal had developed and implemented what would become the YOUmedia (so named by the youth) signature projects: One Book One Chicago, Digital City Planner, Lyricist Loft, and the Mark Bradford Project. Within two years, YOUmedia won the citywide competition in slam poetry — Louder than a Bomb with Malcolm London, Sam Carroll, Sarah Bruno, Keisha Thompson, Dominique James and Annie Phillips leading the way. At a time when youth violence in Chicago was drawing national headlines, youth from all over the city were coming to find a safe haven, a place for creativity and voice, and a trusted mentor — someone who nudged, prodded, guided and celebrated them as they danced, veered, ducked or ran headlong toward adulthood.

Brother Mike showed me that it’s one thing to be creative; it’s a whole other thing to be creative and artistic in collaboration with youth. Integrating your artistry in a way that bears witness to the power, the voice and imagination of others, while also inspiring and teasing out others’ creativity is no easy feat. Brother Mike’s work with Steam Studio, done in collaboration with Sam Dyson and many others from the Chicago Hive Learning Network, often brought tears to my eyes. His ability to own the culture and artistry of the street, to deeply know, listen and understand youth, and to create opportunities for them to explore identity and culture and build skills while truly making…revolution indeed. That was his word. And, in his case, it applied.

To be honest, I thought working with Lady Gaga and the Born this Way Foundation might be a stretch for Brother Mike. What did I know? He dove in headfirst with a completely different group of colleagues, a different way of doing things, and a whole new group of young people from across the country. The idea of Brother Mike traveling around the United States in a Born This Way/YOUmedia bus was just too much to pass up. Who else could pull that off? It built off of the wonderful work he had been doing with the Kennedy Centre and the What’s Going On tribute to Marvin Gaye with John Legend.

We have become fond of saying that Brother Mike could turn a moment into a movement. He was also brilliant at turning one-time opportunities into learning challenges for youth that connected identity, pop culture, peer collaboration, passion, and skill building with relevance in the world. And he didn’t transcend age, race, gender, class, sexual orientation — he connected them. He did it through listening, inspiring, guiding, and most importantly — as he would say — letting you know you were loved.

At the time of his death, Brother Mike was beginning a new adventure. He had just accepted a position as Creative Director of Meta Media; with the support of Charles Lewis and Penny Sebring, it was an invitation to leave the Digital Youth Network nest and launch his own program. Penny Sebring had come to know Brother Mike through conducting an extensive evaluation of YOUmedia at the Harold Washington Library. She and her team at the University of Chicago Consortium on School Research had spent three years in the library, poking and prodding, talking with kids and staff, observing the work. What greater tribute to the quality of one’s work than to be offered such an extraordinary opportunity. Only Brother Mike.

The other night I had a bittersweet, quintessential Brother Mike moment. My son and I were driving home from one of his many sporting events. My son is 15 years old — finally in high school and old enough to participate at YOUmedia. He has grown up at the knee of Brother Mike, Akili and Nichole. From the age of five, whenever he had an interest — whether it was coding, music or video, I would turn to one of them for guidance and advice. Lately, his interests have turned to music and becoming a DJ. He is an avid fan of Chance The Rapper, Vic Mensa, Kids these Days. He has seen Chance in concert several times and was the one who alerted me to Chance’s mention of YOUmedia in Acid Rain.  I have regularly sought out Brother Mike for advice — looking for little-known Chicago bands to introduce my son to, new rap music to listen to with him, and constant help in making sense of lyrics that I am just too old to even fathom or understand. When my son created a music review website, it was to Brother Mike I sent the link for feedback and guidance.

On our drive, we had about an hour ahead of us and my son commandeered the radio as he always does. Generally, he plugs in his iPod and picks a playlist for us to listen to. It was dark in the car, and I was watching the road and not really paying attention to him. I thought he was just listening to another playlist. But, it was an incredible mix that he was playing so I looked over to ask him about it. He had hooked up his computer to the car stereo, had opened up his DJ software and was creating the mix as we drove. At any other time, I would’ve immediately snapped a picture of him and texted it to Brother Mike (yes, while driving). Brother Mike would have responded too — Revolution.  Instead, I continued driving in the dark, listening to my son’s incredible mix, in tears, knowing that Brother Mike’s revolution lives on in my son and all the incredible youth he touched.