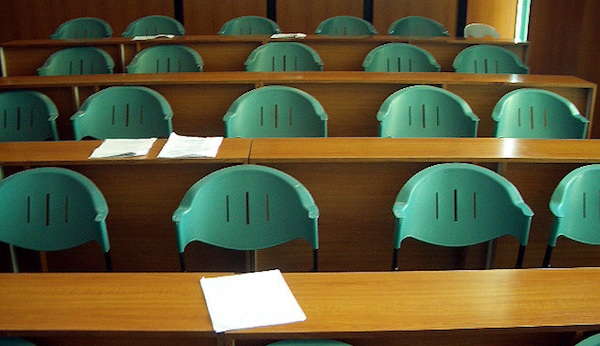 In a recent post on her blog, Duke’s Cathy Davidson responds to a New York Times article on the increasing popularity of iPads in schools, arguing that iPads, or any technology, aren’t a panacea for education.  To support her point, Davidson tells the story of how, when she was a Vice Provost at Duke, she helped create a program that gave iPods to incoming freshman.  However, she points out that these students weren’t simply given the new music player and expected to carry on as if everything were the same — that is, as if they were given a textbook or pencil — but were instead asked to become educational innovators themselves.  Davidson and her colleagues wanted the students to play with these new iPods and, through this play, to show how the educational experience could be transformed by using this new technology.

The program, which began when there was no iTunes store and podcasting had yet to become a widespread practice, was extraordinarily successful.  Not only did students take part in the participatory media practices of which podcasting is now a well-recognized part, they came up with inventive ways to use iPods to enhance their educational experience.

Which leads to Davidson’s point: “if you change the technology but not the method of learning, then you are throwing bad money after bad practice.”  In other words, quoting Davidson again, devices like iPods and iPads aren’t “classroom learning tools” if the classrooms they are used in remain unchanged.

If we want to introduce new technologies to classroom learning, we have to be willing to re-imagine those classrooms and the learning that they model, just as Duke did with its iPod program.

ie., What Does ‘Open Book’ Mean in a Networked Age?

One of the reasons Davidson’s post jumped out at me was that I had recently read another post on the ways that new technologies were changing the classroom experience.  Henry Jenkins, a professor at the University of Southern California and principal investigator for the New Media Literacies project, wrote how his practice of giving open-book exams has been affected by the introduction of networks into the classroom.  When Jenkins announced to his students that his exams would be open book, one student asked if that meant they would be open laptop.  This question caused Jenkins to wonder what an exam designed not for individual students, but for groups of networked students, would be like, and how such an exam could be graded in an educational environment designed to reward individual achievement, not the work of groups.

Ultimately, Jenkins found that a number of structural issues, from the structure and expectations of the university, to the technical restraints of the wireless network in his classroom, made it impossible to reach a satisfactory compromise allowing students to use their laptops during the exams.

Jenkins pointed out he couldn’t be the only instructor dealing with these issues, and he’s right.  What his attempt to create an open-book exam in a networked classroom and Davidson’s observations about iPads in the classroom show us are two of the main issues facing education now.

As new technologies like iPods and iPads make their way into learning environments, we have to be constantly willing to re-imagine those environments.

That kind of re-imagining can be scary for some, and it will definitely require us to re-examine the structure of our schools and universities, the kinds of knowledge and learning they reward, and how that learning can be tracked.

But both also illustrate that we are at a turning point: this technology is here to stay.  The only thing that is certain is that we will have to adjust to how it changes us.