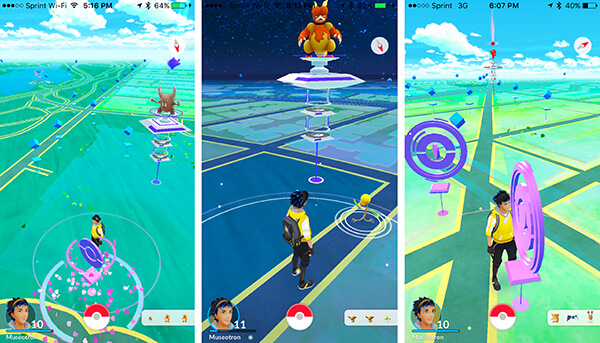 Unless you’ve been holed-up in a cave playing Minecraft, you’ve heard about (and possibly even played) the new augmented reality (AR) mobile game sweeping the globe, Pokémon Go. For sure, AR can be exciting and compelling, when properly designed, offering us an experience of co-presence with a virtual character or object. And, it’d be understandable if you attributed Nintendo’s success to its use of the AR camera. But, you’d be wrong. The game’s AR succeeds, in fact, because it turned big data into a game. 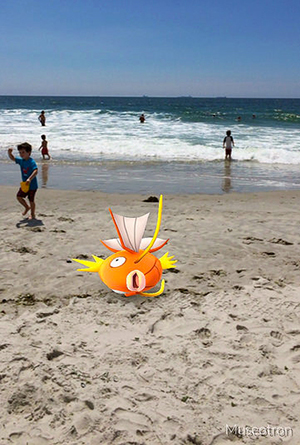 With Pokémon Go, we are offered the opportunity to pretend our world is filled with cuddly (or fierce) little creatures just waiting for us to capture and train for battle. When discussed in the press or social media, credit tends to lean toward the AR camera — the experience of viewing a cartoonish animation of a Pokémon layered through live video (through the Smartphone’s camera) of the world around us. We have the option, however, to turn off that AR camera (and preserve our precious battery power). If you try this, and capture your creatures in front of a cartoon background, my bet is your sense of co-presence will barely be affected. How can that be?

It turns out the AR camera is not at the heart of Pokémon Go’s ability to generate a sense of co-presence. In fact, its success lies in Pokémon’s gamification of big data. As way of illustration, let me share with you some highlights from my first 24 hours playing Pokémon Go. 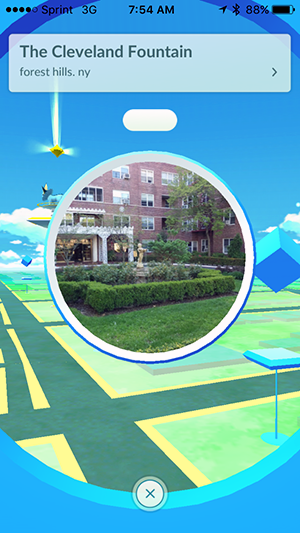 The main entrance to my apartment building features a semi-circular driveway surrounding a lovely water fountain. Down the block, the neighbor’s have an ugly lawn jockey. Between the two, our local park offers both a playground and a grassy overlook. All of these are featured in Pokémon Go, as Pokéstops, locations to visit to collect tools for playing the game, along with photos of each with descriptive text. This playground, in fact, also features a Pokémon Gym, a location for sending my Pokémon into battle. And, as I walk around from one location to another, hidden Pokémon are revealed, not just any Pokémon but ones which tend to relate to my location and its environment. They are only outdoors, for example, as why would I find a wild animal in my house? So, I find water-type Pokémon by water: traveling south on the East River by ferry, every other dock contained a duck-like Pokémon while at the beach, I found a carp-like Pokémon.

The levels of specificity, of personalization, of seamless integration with the real world around me… all combine to make me feel that the game designers at Niantic, hired by Nintendo to develop the game, MUST have sent someone to my town to select each of these locations, finding the most interesting landmarks (or, as in the case of that damn lawn jockey, notorious) to place in the game, scouting locations to custom-place each Pokémon. But, when we consider the game can be played all over the world, it becomes clear there’s only one way to generate such a massive level of personalized and localized information: big data. And, who wants to have the best data set about the world and what’s in it (spoiler: it’s Google) and what could they possibly have to do with a 20-year-old Japanese card game? 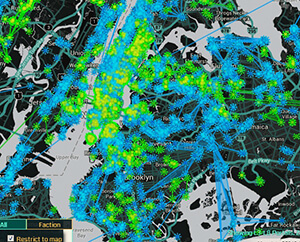 In 2012, a division of Google launched a mobile game called Ingress. Ingress pitted teams of players in a challenge to dominate the world or, more specifically, the map of the world. It leveraged the power of Google and the geolocative datasets we have come to take for granted: street photographs, knowledge of terrain, text descriptions of local landmarks, the ability to add crowdsourced data, and more. Before long, Ingress left Google to become the focus of a new company, Niantic. And, according to the New York Times, Niantic reports about 15 million users have downloaded Ingress with a little more than a million active players a month.

I played with Ingress a few years back. And, guess what? It also directed me to the fountain at the entrance to my building (and to that infernal lawn jockey from down the street). And, this is no coincidence. Niantic built Pokémon Go.

In 2013, Nintendo teamed with Google to launch an April Fools joke. A YouTube video explained that a new position was opening at Google Maps — Pokémon Master — and to apply, all you had to do was… (drum roll please)… use Google Maps to capture hidden Pokémon around the world. Jump forward three years and what began as a joke turned into reality. The engine behind Ingress was re-skinned with Nintendo’s star brand and turned into Pokémon Go.

In other words, when you play Pokémon Go, you are playing Google Maps. And, the augmented reality that makes the gameplay so compelling, the tool behind the experience of co-presence, is big data.

So, what can we interested in digital learning take from this latest development in augmented reality, big data, and social gameplay? A few jump out to me:

These are just my initial thoughts. I want to hear from you, about your own thoughts on the topic: what is Pokémon Go teaching YOU about digital learning?