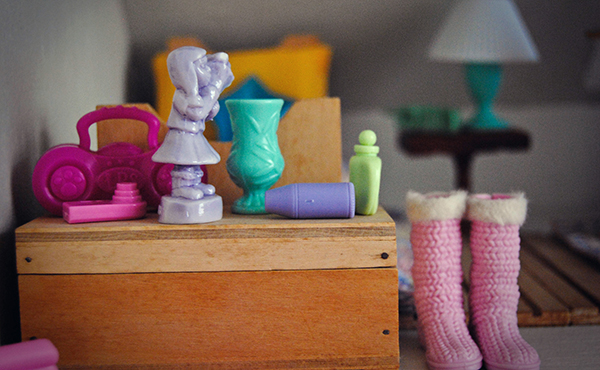 The toy company Mattel recently announced a wi-fi speaker-based voice assistant for children. Known as Aristotle, the toddler-proof alternative to Google Home or Amazon Echo is planned for launch this summer. Designed to live in the child’s bedroom, Aristotle can answer children’s questions and act as a “smart baby monitor,” but it also has sophisticated machine learning and artificial intelligence capacities to augment and automate the complex task of parenting. Is this just a helpful gadget for family life, or a sign of a new kind of AI nanny state where smart systems will be performing paternalistic roles?

According to coverage in Fast Company, “Aristotle is designed to be something far more specific than the generic voice assistants of today: a nanny, friend, and tutor, intended to both soothe a newborn and help a tween with their foreign language homework. It’s an AI to help raise your child.”

As an AI nanny, tutor and friend for raising children, Aristotle has been designed to grow and learn with the child by listening to what they say and adapting its responses as they develop. In this sense, it looks a lot like a mainstream infant version of educational machine learning systems — such as AI personal tutors currently being marketed by Pearson and IBM — that can track a child’s development and provide personalized content and recommendations.

It can also perform everyday parenting tasks like playing favourite songs, hosting sing-alongs, teaching ABCs and 123s, playing guessing games, and reading storybooks from its publications partners. More mundanely, it is intended to be capable of logging and tracking data such as feeding and wet diapers via voice commands, searching for discount vouchers, and automatically replenishing consumables when required by placing online delivery orders through its retail partners. Aristotle can also auto-soothe when a child cries, and aid in sleep training.

Beyond that, as the product of a toy company, Aristotle is even seen by Mattel as the central platform or connected hub for other toys loaded with low-cost electronic chips. Using voice and vision recognition, it will enable children to interact with their toys in new ways. Mattel, of course, is the global toy giant behind Barbie, including the controversial wi-fi enabled Hello Barbie doll that some critics recently claimed could be used as a surveillance instrument to spy on children.

Behind the device, Microsoft’s Bing search engine, its Cortana personal assistant technology, and its cognitive computing systems will be doing the heavy lifting. It’s also compatible with Amazon’s Alexa voice service, so while the child can speak to Aristotle, the parent can switch modes to interact with Alexa. Parenting tasks like playing, shopping, caring, singing, teaching — Aristotle promises to do them for you with added surveillance functionality, thanks to Microsoft, Amazon, Mattel, and their publications and retail partners.

The idea of displacing parental duties to an Amazon-inspired, Microsoft-driven, AI-based robo-mom or auto-dad may strike many parents as alarming. Putting algorithms to work in business systems, surveillance and consumer services is one thing — algorithmic parenting is quite another.

However, it’s possible to see some of its appeal. With much recent talk of AI, algorithmic automation and robotization, ideas about “fully automated luxury communism” have emerged. This is the idea that we should embrace automated technical systems to do all the “heavy lifting” and to perform mundane tasks, which will thereby create the conditions for a “post-work” society of “mass robo luxury.”

Mattel’s Aristotle appears to be applying this model to some aspects of child-raising, and could be seen as part of a new trend in semi-automated luxury parenting. In short, Aristotle is the algorithmic solution to many parents’ problems — the automated in-loco-parentis figure that possesses endless energy, requires no sleep, does the shopping, and keeps the baby entertained and educated in ways that exceed human capacity.

A recent success story in the publications market for stressed parents is Hurrah for Gin, a tongue-in-cheek take on parental anguish. Aristotle doesn’t need gin. Hurrah for algorithms!

My sense is that Aristotle will prove to be a hard sell. Algorithmic and surveillance-driven forms of AI child-rearing may be too creepy an idea for most. It’s worth considering, however, what kind of target user is being imagined by Mattel. All technical systems are always designed with a user in mind, one whose needs and desires will be serviced by the intended product. The design of a technical system also to a certain extent constructs its users by changing their habits and routines.

Outwardly, Aristotle looks to be aimed squarely at a user-base we might describe as the optimized happy family. It’s going to provide automated support and structure to domestic and family life, enabling busy parents to luxuriate in the experience of parenting by removing many of the mundane tasks and stressful situations, such as settling a baby. That said, settling an upset baby, or playing toys with a toddler, are not exactly considered chores for many happy families.

More likely than the optimized happy family is the construction of an augmented single parent. Though I can’t exactly imagine a marketing campaign running “The perfect automated partner for single parents,” it’s not hard to imagine how some subtle targeted advertising for Aristotle could be designed to appeal to parents in that position. An AI parent assistant that can shop, soothe, sing, play, track and log data, and all the while educate your child might make for an attractive $300 investment if social and economic circumstances dictate you also have to cook, wash, work and whatever else busy single parents need to do.

It may also not be too big a leap to imagine authorities suggesting the use of AI parenting assistants for families deemed at risk of some kind. A new kind of AI nanny state could be emerging, with algorithmic systems performing paternalistic roles within the structure of the home and family itself. Families have long been the target of intervention, especially where some kind of risk has been calculated. Through products like Aristotle, children and their parents are going to be plugged in to the Internet of Things, where their family lives might be tracked, monitored and then targeted for behaviour modification and improvement.

Whether the optimized happy family or the augmented single parent ever materialize to purchase Aristotle once it’s available, it’s clear that parenting and child-rearing has now become the focus for ambitious technical imaginings and visions. Supported by the massive technical might of Microsoft and Amazon, companies like Mattel want to extend from supplying Barbie dolls and Hot Wheels tracks to become interactive participants in semi-automated luxury family life. To do this, they’ll need data about families and about children. The surveillance and datafication of the family has begun.