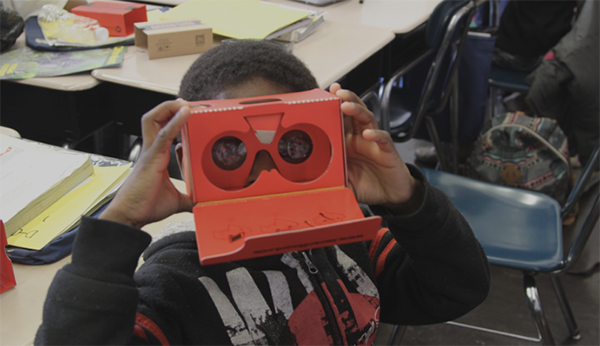 This is the third part in a multi-part series about participants in the Race, Memory, and the Digital Humanities conference. This series features public intellectuals discussing digital literacy issues. 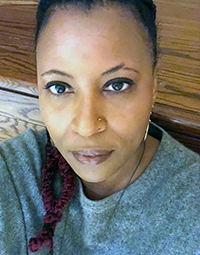 Professor Marisa Parham of Amherst College, who has led the Five College Digital Humanities initiative has a long history with digital media. “My earliest experiences with computers and devices mainly stemmed from my grandfather’s obsession with Kaypros in the 1980s. I was 8 or 9 years old. He would take me downtown to ogle what must have been some iteration of the Kaypro II, which for some reason, we found more intriguing than the Compaq II, though I remember thinking that the Compaq was hideous to behold.

“He was always on the lookout for what the next big thing would be, and made sure I knew about it.” In an email interview with DML Central, Parham explained that her grandfather was also an enthusiastic booster for tennis as a sport, although “pre-Williams sisters” women of color like Parham might have felt hesitant to follow his lead. “The tennis didn’t take, and we never got the Kaypro, which was, of course, too expensive and too useless for an 8 year old. But, the imagination of that computer did take hold, and soon after, we went to Sears to buy me a Commodore 64.”

As a future digital humanist, access to home computing proved critical to her literacy story. “The Commodore 64 was transformative for me because I could do so many different kinds of things with it. I still remember making my way through Turtle and then Basic. Over the years, though, I spent most of my time playing interactive text narratives, which is an interest I still have today!”

“When my grandfather would take baby me to tap tap on the Kaypros, he wasn’t doing it because he imagined that I would touch the computer and become a computer genius and then get a computer genius job and solve all the problems of Englewood (where we lived in Chicago). He did it so that I could come be curious with him. This also had the effect of teaching me how to enter spaces that do not expect my arrival, and to be energized by what I want from an opportunity rather than drained by other people’s social and cultural limitations. My grandfather was a Black postal worker with a high school education, and back then high-end computers were sold in office suites, not in a showroom or some other at least vaguely neutral space. But, these office buildings were on his delivery route, and one day he decided it was time for us to enter a suite in a different way. I didn’t know it at the time, but it changed everything for me. As much as my interest in computing came from rudimentary programming and text adventures on my Commodore 64, the spark that kept me going and got me to where I am today was ignited by a heady mixture of risk, exposure, and support.”

Parham worries that savvy students of color are often excluded not only from digital literacy resources but also from the college preparation path. As a graduate student, she wrote a college guide for the Princeton Review, The African American Student’s Guide to College, which helps students understand the pathways to higher education. She described how she has been “thinking a lot about how much college admissions has and has not changed” and is now working with Christina Olivares, who works as a high school admissions counselor, “to create a new, free, online version of the guide.”

“Underrepresented students must be taught strategies to make sure they are able to develop and pursue their academic imagination. My sense is that many students interested in college are not really sure what it is for. Being underrepresented amplifies this, especially because being underrepresented means that you are constantly at risk of your dreams not being represented in the options presented to you. You will likely literally never see a future version of yourself. Or, at worst, you’ll never have access to the tools to imagine, identify, and pursue options.”

Parham asserted that “none of this matters if students don’t understand how to navigate systems. We know that, nationally, the greatest contributor to attrition across identity groups isn’t preparation, it is student inability to navigate higher ed, which has extensive repercussions for members of historically underrepresented groups. All students have to understand how to advocate for themselves, but the burden to do so is especially heavy for people of color because they are being asked to navigate systems that are historically pivoted toward the exclusion of their presence and interests.”

“In other words, in addition to the academic subject work that K-12 educators provide, we must also teach students how to flourish. We must teach students how to find help and how to make various kinds of intellectual, emotional, and social communities, how to pursue passions and how to draft others into that pursuit. How to listen, how to collaborate, how to problem-solve. For students in most higher ed settings, successful academic life requires an ability to navigate complex bureaucratic systems around academics, enrollment, aid, and housing. That isn’t about knowing everything about everything, but instead about knowing how to find things out and get them done.”

In another interview with the Los Angeles Review of Books, Parham lamented that virtual reality technologies are often marketed to young people as tools for “consumption” rather than “creation.” Parham sees innovative ways to tackle the problem, however, including running a successful crowdfunding campaign for VirVE, VR for Virtually Everyone, using affordable equipment like iPod Touches. “Learning how to work with technologies is all about scaffolding, about showing students how to start with the most readily available materials, sparking. When thinking about visually immersive environments, a good place to start is with 360 images or video, which can be introduced with free smartphone software and Google Cardboard viewers.”

Last year, Parham worked with one of her digital humanities lab members, Christin Washington, to produce a multivalent digital project using immersive technologies. “Her project — Dare to Remember — is an extended audio, visual, and textual meditation on the myriad ways people of African descent have been excluded from spatial histories of Brooklyn, NY. As part of her project, she was able to work with students at her former middle school in Crown Heights, teaching them to use smartphones to create immersive environments, so that they could understand how she was using technology to pull together themes of memory, history, and race in her project.”

“Not only were the students given a way to connect to conceptually complex content, but planning and executing their own mini-projects was an empowerment opportunity, the feeling of which they can carry forward in their schooling. Digital spatial humanities can be especially compelling for students when it invigorates their experience of their own lived environments in a very hands-on way. It is a kind of learning that emphasizes freedom, insofar as it asks students to assess whatever they see as constituting a reality, and asks them to transform it both critically and creatively.”

Parham argues that digital methods developed on college campuses can be repurposed successfully for younger audiences. “At the K-12 level, texts like the novella of Charles Chesnutt, The Marrow of Tradition, are especially ripe for historical remix by contemporary students.”

Parham praised the work of Caitlin Pollack, who has been doing work around reading Ida B. Wells’ A Red Record “as computational data.” “It’s a kind of work that could open K-12 students up to a wealth of historical sources that resonate with African American experiences of violence and structural disenfranchisement today, which offers a pathway for helping students collect and transform their feelings and intuitions about persistent injustice into stabilized knowledge, to own it rather than be pursued by it.” (Pollack explains her project here.)

“In my ideal world, more kinds of statistical and computational thinking would be built into studying humanities texts, and modalities of arts and humanities inquiry should be brought into the very fiber of computational learning. At the same time, I know that many K-12 schools don’t necessarily have the resources to remix faculty in ways that encourage co-teaching, project-based quarters, and so on.”

In considering statistical modeling and computational thinking, Parham has expressed her concerns that too often education in science, technology, engineering, and mathematics for underrepresented students is presented as a problem of quantity rather than quality. She voiced her fears that too often “calls for ‘more’ STEM are so often simply frustration with inadequate STEM instruction, which ties to much larger societal questions around school funding and educational opportunity. It is true, though, that questions of data and the algorithmic have become more clearly urgent, in response to the growing ubiquity of conversations around big data, the quantification of human life, and so on. Such conversations highlight the value of the computational as a necessary critical or analytic tool. From that perspective, this is a ripe moment for proponents of digital literacy to highlight important connections between the work of humanistic and social scientific fields and the computational, to make sure their intellectual voices are heard.”

In addition to her work in the digital humanities, Parham is also the author of Haunting and Displacement in African-American Literature and Culture. According to Parham, “I do think haunting is a useful way to think about how we navigate the persistence of difficult pasts. I should say though that, in my work, haunting isn’t so much about alienation. I use the term haunting to describe how we come to experience other people’s pasts with the force of personal memory. It’s a way of thinking about how individuals oscillate between personal and community knowledge, and also how that might sometimes forestall emotional isolation or enable insight into historical forces. Haunting is a way to connect an individual’s affective knowledge to other kinds of artistic and intellectual experiences.”