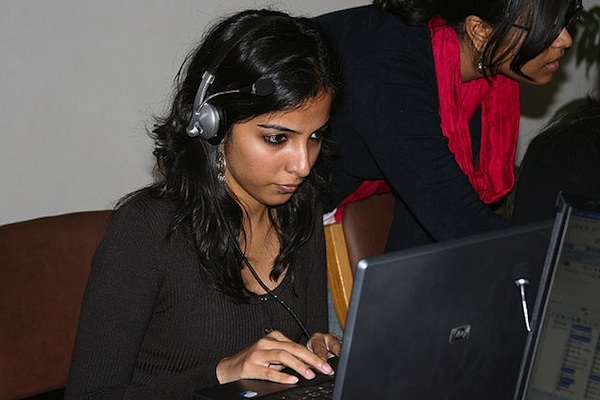 When it comes to youth, technology and literacy, the warring lines seem to have been drawn and the voices on both the sides are strident, if not loud. There are those who insist that with the digital native in the classroom, we have to reconceptualize our idea of what the education system is, forwarding a hypothesis that the entire system of literate learning was designed with a particular student in mind and must be amended to accommodate the ‘new’ kind of student. Techno-utopians often insist that it is the student who defines the learning environment and not the other way around — and that instilling a digital native in an analogue education system would not only not miss out on the moment of radical transformation but also fail to harness the skills that the students bring to our classrooms from their everyday lives immersed in digital worlds. Persuasive in their arguments, they often posit new models of learning which require, among other things, an ‘upgrading’ of teaching skills that need to engage with the wide world of the web and ride on the information highway, to further the cause of customized and efficient pedagogy.

On the other side of the digital trench are those who point out that while there are problems with the education system we experience right now, technology is not one of them. In fact, even within the analogue worlds, the spread of technology was rather uneven across different classrooms. And each classroom, based on its students and pedagogic intentions, is able to customize itself to accommodate for these experiences. They posit that this over-determination of the digital in education often blinds us to more systemic problems of access, relevance, discrimination and inequity that still persistently haunt our educational systems, some more than the others. The trend in this group is to suggest that while the digital might be able to offer implementation of some of the solutions that we might be able to think for the problems that are endemic in our contemporary education practice, it is not yet time to banish the pen and move in to a virtual classroom. They suggest that, if anything, digital technologies only add to the compendium of problems we are already struggling with when it comes to reforms in the education system and digital natives cannot be taken as a default unit of redesigning the system.

The arguments and tensions between both these groups, as they swear at and by digital technologies, continue in sombre and heated tones, each presenting an array of impressive research and surveys that prove their point and hint that the ‘other’ side might be talking through their hats. I want to suggest that both these groups of techno-utopians and techno-skeptics belong to the same party. This is a party I call techno-euphoria. It is common usage to conflate euphoria with utopianism, because they both seem to deal with questions of elation, well-being and ecstasy. But I want to make a categorical and conceptual distinction between the two. While euphoria does refer to, semantically, happiness and joy, it is technically an affect. It is a visceral, unthinking response to a catalyst that elicits a response which is characterized by intense excitement and transcendental transformation that transports the person into a state of affective response. Or, in other words, euphoria might be a characteristic of great criticism and hostility as it might be of warm acceptance and reception. It is an affective engagement with a catalyst. And techno-euphoria is no different.

The passion and zeal with which the techno-utopians and the techno-skeptics respond to the presence and possibilities of digital technologies in digital natives’ literacy and education marks them both with techno-euphoria. It means that despite their apparent conflict, they are actually endorsing the legitimacy and currency of the digital in contemporary times. This is a phenomenon that has been observed in other quarters as well. The post-colonial writers have talked about this in the creation of the subaltern in the image of his maker. The inability of the subaltern to speak in a language other than left to him by the colonial master or the inheritance of frameworks that make the postcolonial subject perpetuate the violence of erstwhile colonial empires are offered as instances of how even a distancing from, or critique of, a particular power structure only reiterates the importance of that particular structure. Similarly, feminist scholars have argued that defining our politics only in reference to Patriarchy is counter-productive because it reinforces the hegemonic centrality of patriarchy in our everyday lived experiences.

Technology as a Paradigm, Not a Tool

I want to suggest that the debates that we encounter in our present times, about Technologies (with a capital T) also need to be critically received through such lenses. Instead of taking an either/or position as a tech-savvy utopian or a tech-fearing luddite, we need to understand both these positions as still unthinking about the ways in which digital technologies are offering new vocabularies, concepts, frameworks and modes of thinking about existing models of functioning. Especially when it comes to new pedagogies and learning, it can no longer be merely about the integration or the subtraction of digital technologies into classrooms. It is time to perhaps articulate the digital not as tools and technologies, but as a paradigm that can be helpful in unpacking the biases and presumptions in our traditional understanding of education systems.

So, for instance, in our work with young students and social justice in undergraduate colleges in India, we are forcing ourselves to make a point of departure from State policies and budgets that reduce the question of technology to that of access, usage and infrastructure. On reflection, we realize that these are also the chief fighting points between people invested in questions of digital natives’ education. For both, the techno-utopians and techno-skeptics, the debates often pivot around these core issues, coupled with concerns around digital fluency, literacy, and criticality. However, running across all the conflicting positions is the idea of technologies — especially new digital and internet technologies — as tools and gadgets to further, and evolve, traditional competence and expertise. Research is often geared towards making the existing pedagogies and future visions legible to each other.

For us, the interest has been more in understanding the digital as politics or digital as pedagogy rather than a tool to further the two. The move has been away from techno-euphoria, not taking an either/or position on the presence of technology, but to unpack its history and continuities, ruptures and potentials, to see how it might help — not merely establish an older form of social justice — but reconceptualize the very ways in which we understand social justice and equity.