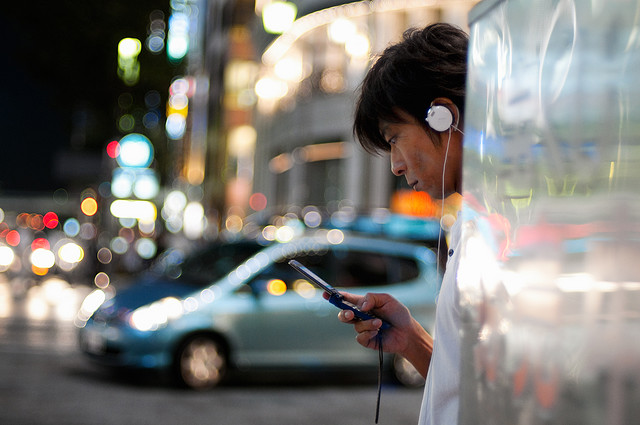 As Assistant Professor of Design at Illinois Institute of Technology’s Institute of Design, Laura Forlano’s interests converge at the intersection of technology, cities, and culture. Prior to her professorship in design, Forlano was a Postdoctoral Associate in the Interaction Design Lab in the departments of Communication and Information Science at Cornell University. Her research focuses on urban informatics — the integration of digital technologies into urban spaces — and the emergent forms of organizing and collaboration that are possible through the use of ubiquitous technologies. Her current project, “Design Collaborations as Sociotechnical Systems,” is a worldwide study that focuses on the role of technology in supporting networks of designers in New York, Barcelona and Brisbane.

In 2011, Forlano was one of 12 graduate students and postdoctoral scholars who took part in the DML Research Hub’s Summer Institute. In the video below, she explains how her time spent studying in Tokyo, Japan as an undergraduate Asian Studies major served as a key inspiration for her current research activities. Below are just a few highlights, but the entire video depicts Forlano’s global academic journey, which led her to form deeper understandings of how digital technologies come to influence people’s cultural and social practices.

Essentially if you look at mainstream press or popular notions about technology, there is a lot of mythology and hype, and so it is really important to have good research that can help us to create better concepts. In particular those are concepts that bridge both social and technical types of discussions and also both technical and spatial.

When teaching graduate students, it’s really important to be knowledgeable about the best practices in terms of how technology is being used in the classroom and what can be accomplished and new ways of creating coursework and projects that you were not aware of because — obviously — most of us were trained under an earlier system where our classroom experience was very different from what students expect today.

I am continuing to study these technologies and the ways they are used in urban settings and in work settings to be able to help make arguments about the ways in which we can develop more nuanced ways of thinking about the role of technology in society.

If you look up the word ‘anytime, anywhere’ and the way it’s been used historically, it’s been tied to any innovations going back hundreds of years… I think it’s doing us a disservice as academics to constantly use that kind of language — we do — and I think if you haven’t studied mobile technology or situated spatial…contextual ways in which people use technology, you tend to revert to that as a default.

There are mobile dead zones, and then there is Wi-Fi infrastructure that gives new affordances and freedoms, but they are not pervasive or ubiquitous. There are times in which you may want to disconnect.