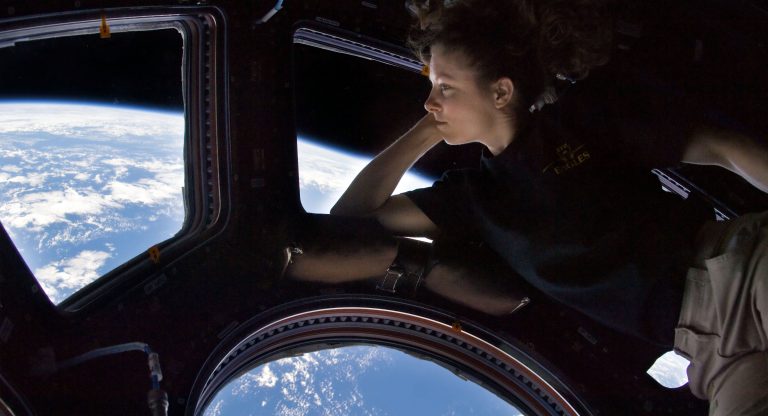 The inherent tension in the world of the social web is between hiding and revealing. In the post-Snowden era that we live in, there is a collective public anxiety about how much of our selves is known by government databases, social network algorithms, and big data analytics that are creating profiles of every action, every transaction, every flick of the eye and stroke of the key, as we go our merry way on the Internet. At the same time, we are coming to terms with the fact that visibility is the new currency —our private data is a commodity that can buy us conveniences and perks to make life more interesting if not easier. This trade-off between what we reveal, what we hide, and what mechanisms we develop in order to protect what we hide and track what we reveal, is embedded in our everyday practices of the web.

In fact, the decisions we make about what identities to create, what faces to show, what data to offer for public consumption, and how we cope with the double bind of visible invisibility, are indicative of how young people are coping with and working within the social networks. These processes are perhaps best identified in the emergence of the selfie as a form of expression that has taken over the web. The selfie — a self-image that has been taken by a digital camera, instantly posted online through social media networks and photo sharing applications — has become one of the most ubiquitous symbols of contemporary cyberculture practice. Everybody, from astronauts on the International Space Stations to heads of States attending formal funerals, now has a selfie. Even the post-ironical super hipster who refuses to participate in anything that is mainstream, has photobombed selfies, or indeed, opened up instagram and tumblr accounts of selfies taken by their pets. The selfies seem to be inciting very strong reactions. On the one hand are people who take the selfies as an extension of visual art practices that captured self-portraits, offering the artist, a great opportunity at self-representation and introspection. On the other hand are those who look at the selfie as all that is wrong with the indulgent, narcissist, inward looking individualistic social web, where the self gets reduced to a formulaic template and becomes nothing more than a series of flattened images that do not respect either the fine art of self-portraiture, or the relationship of the self and the selfie.

This conflation of the self and the selfie — the selfie as a verification of the self; the self as an authenticator of the selfie — is fascinating because neither claims to be the original, but serves as the validating authority for the other. The selfie is proof that you were physically present at a particular location or were in a certain mood or in the company of other people. The self-uploading of the selfie is a verification that this is not a photoshopped or a doctored image. That this is indeed what you were doing. That this is not an image captured by somebody else. That you are in control of what you want to look like and what image you want to circulate on the reputational networks that you belong to.

I look at the visibility of the selfie — its immense virality and its instant seduction — as the embodiment of a quantified self or the data subject. The selfie, as we understand it, is more than just the image. It is an illustration of how digital technologies are constantly producing ways of enumerating, counting, identifying, tagging, and managing the self through processes of quantification. If the role of the digital is to convert memory into storage, so that the things we remember are equal to the things that we can store, and that we are always in quest of finding more ways of storing things that we can remember, then the selfie is a shift from the remembering self to the self-in-storage. The self-in-storage is symptomatic of the Big Data operations and practices that surround us. It reminds us that deep in the server clouds is a database with an algorithm that has watched you more keenly than your parents, your partners, your friends or your shrink, and that even when you are tired of producing information, it gathers data about you, continuing to grow (and decay) even as you pass through time.

The self-in-storage is a departure from the informational self. The informational self – as in the Self conceived within the frameworks and concepts of Information Societies – was established in a state of negotiation. We were the fountainheads of information, thus producing a range of identities of authorship and creation, of rights of entitlement and interpretation, of mechanisms of contestation and challenging the ways in which our selves were written. However, the self-in-storage that the selfie comes to stand in for, is no longer a written self or a writing self as we have understood in our narrative histories. This self is produced through an amalgamation of big data and analytics that seek to know us, indeed, construct us, beyond our own will, knowledge or agency.

Hence, the famous story of Target, revealing a young woman’s pregnancy to her family even before she could, based entirely on data about her shopping patterns. Or, the science fiction scenario of Amazon’s same-day shipping plans, where based on the movement of your mouse and your history of shopping, Amazon is going to start shipping things to your address even before you complete your order. Or, the equally futuristic story that seems to be right out of Minority Report, where surveillance agencies are helping authoritarian states to create predictive modelling of where protestors will converge, thus creating blockades on the roads to stop them from congregating rather than worry about disbanding a group that has already assembled.

The visibility of the self through the selfie, this notion of the self-in-storage has been quite prominent in Big Data debates. However, the selfie, resists the notion of Big Data. As it refuses to be counted, refuses to be contained within a frame, travels across numerous and unpredicted circuits within a network, circulates in different forms within different contexts, and yet gets mapped back to the self that produces it, suggests something else. That we have to stop thinking about Big Data and start focusing on Big Analytics.

While it is important for data societies to count, trace, track and enumerate the data objects — like the selfie and the immense amount of meta data it carries with itself — eventually the real questions of control, of hiding, of revealing, and of negotiation lie with analytics, protocols, data filters and architectures of querying, manipulating and arranging this data. The inability of making sense of selfies, to give them meaning, to understand their form, format or function, is an indication of how Big Analytics severely dislocate the authorial and central position that we have ascribed to the informational human subject. Big Analytics is a clear shift that for the first time in human history, we are now producing human data for non-human readers. The sheer amount of information that is now available to us, and the incredible data mining and harvesting that occurs from this information means that we do not have the ability either to write or read data. Both these tasks are performed by machines, tools, agorithms and protocols that are designed through human intervention but supercede human meaning making processes.

Digital objects like the selfie are not human-readable. We might be able to locate meaning in them, engaging with them and be a part of their content, but they are now being produced to be parsed by collective intelligences of storage and querying that are far more resilient, robust and reliable than the fragile human remembering. Which is why it becomes so difficult to talk about the selfie. Given its profligacy for proliferation, the selfie remains elusive and refuses to be pinned down to our existing mechanisms of understanding it. Because which selfie are we going to look at? At one? At a series? At a collection? Do we follow its journey through the endless repetition through the networks? What happens when a selfie morphs? Or, somebody photobombs it? Or, if it is a twofie? Or, a Groofie? What does a selfie become in a peer-2-peer network environment like Chat Roulette? Or, when it enters the realms of web cam and user-generated pornography? Is it the same selfie when you use it to verify yourself and when Facebook asks you to identify and tag others in their selfies, generating evidence of our biometric existences in their digital database?

This bafflement that the selfie produces to digital studies is why it is so irritating. Because it emulates earlier human aesthetic forms, but its glossy seductive flattened visibility, is only a reminder of the much larger menacing complex of power and control that remains invisible in the fun-and-game discourse of digital cultures. And perhaps, the way in which to understand the selfie, is not to look at its visibility, but at what it makes invisible — the complex machinations of power, control and manipulation that hide behind the glossy interface of the selfie, and create new challenges for us to think about what we see and what we don’t even as what we hide and what we reveal online.

This is the first of a trilogy of blogs examining the selfie as a born digital object and how it might open up new ways of thinking and new methods of engaging with the digital. The first ideas for this trilogy were first presented at the ‘Going Digital’ conference at the Hamburg University and I am very thankful for the feedback from there in sharpening the ideas.